Networked, they can be greedy: How much power do devices draw in standby mode?

Putting electrical devices in standby mode instead of switching them off completely is convenient, but uses additional electricity. 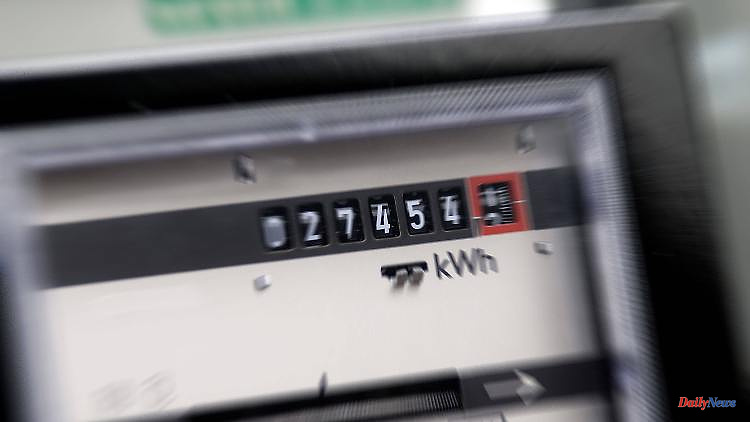 Putting electrical devices in standby mode instead of switching them off completely is convenient, but uses additional electricity. The older they are, the more juice they tend to need in twilight, but even modern devices can be quite greedy when connected.

Electricity is expensive and getting more expensive. According to the Federal Association of Energy and Water Industries (BDEW), a kilowatt hour (kWh) cost an average of 32.16 cents last year; in January this year it was 36.19 cents. That's why it's not just worth saving electricity for the environment. One way to reduce a household's energy needs is to put electrical devices on standby less often and instead turn them off completely. How much you can save with it depends mainly on your age.

"Depending on the number and type of devices, the 'idling' of the devices in a three-person household can account for up to 20 percent of the electricity costs," says Lorenz Bücklein from the consumer advice center in Saxony. According to co2online, it is around 8 percent or around 360 kWh per year in a three-person household on average. This corresponds to a savings potential of around 130 euros.

20 percent of wasted sleep energy is most likely to be found in households that still have many older devices. Because according to the EU Ecodesign Directive, which has been in force since 2013, televisions are allowed

So it happens that with an assumed standby time of 22 hours with 15 watt consumption for a good old stereo system, co2online assumes 120 kWh per year, which alone corresponds to more than 40 euros. PC, printer or monitor are a little more frugal with an average of 10 watts. If you still use a mini hi-fi system, you can count on 11 watts in standby mode.

The non-profit portal assumes a standby consumption of 14 watts (112 kWh/year) for LCD televisions. As Stiftung Warentest has found, modern TV sets consume significantly less power when they are in standby mode. In the test, they were content with 0.3 to 2.4 watts.

Modern televisions consume even less in standby mode if you deactivate the so-called Wake on LAN (WoL). This is a function with which computers, smartphones, etc. can activate the TV set for playback in a shared network.

OLED televisions should not always be switched off immediately, but may need a while in standby mode to prevent so-called burn-in effects. This is the phenomenon that with this screen technology, elements that have been shown statically in one place on the display for a long time can remain permanently visible as a shadow.

Networked devices are often more greedy than modern televisions: the Ecodesign Directive allows them to consume three to twelve watts in standby mode, depending on how they work. Before 2017 it was still 20 to 80 watts, which is why users who jumped on the smart home train early on are at particularly high risk of wasting it.

The problem is that many networked devices do not have an off switch. This includes, above all, smart speakers. For example, according to "Computerbase", a 5th generation Amazon Echo Show consumes at least 2.6 to 2.9 watts. Sonos specifies values ​​of up to 7.3 watts for its popular streaming speakers. A Play:1 uses 3.4 watts, the Soundbar Beam (2nd generation) uses 5.8 watts

These are not particularly high values, but since several devices often work together in a household, this can add up. In order not to waste electricity, users can pull the plug during longer breaks, but socket strips with an off switch are less complicated.

Smart sockets are particularly convenient for reducing standby consumption. They can be used to switch individual devices or groups on and off using a smartphone app or voice command, among other things. However, these devices themselves must be permanently on standby in order to be able to complete their tasks.

According to "Smarthomeblog", an Amazon Smart Plug draws 0.8 watts, for example, and an AVM Fritz Dect 200 0.5 watts. If the sockets are active, 1.3 or 1.1 watts are added to the consumption of connected devices.

Even if you don't have a smart home, you usually have at least one network device in continuous operation: the router. For example, AVM specifies an average power consumption of nine to ten watts for a Fritzbox 7590. This is mainly due to the active WLAN. To save power, you can disable it manually on the router or set times in the settings when it pauses automatically.

1 The right one for every requirement: These are the... 2 Has the selfie stick had its day?: Snap launches the... 3 Annoying and dangerous: How to protect yourself from... 4 Similar, but also very different: This is how the... 5 Ecoflow Delta mini solar panel: Compact power station... 6 Top class ANC earphones: Sennheiser makes Momentum... 7 Pixel Watch: Google prototype found in restaurant 8 Another Max instead: The iPhone mini is dead 9 Did you know?: Ten smartphone myths put to the test 10 Sport True Wireless tried out: New Sennheiser earphones... 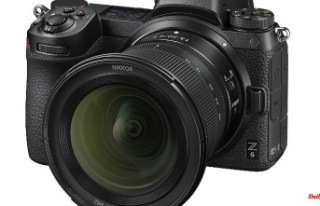 The right one for every requirement: These are the...