With the Ray, Sonos is introducing a new, compact soundbar. 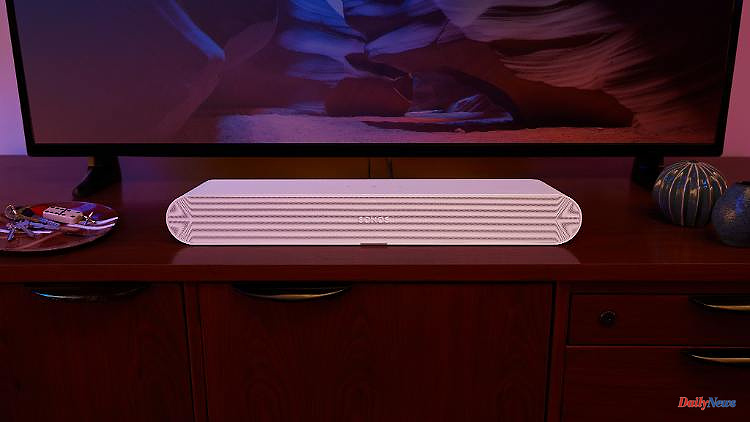 With the Ray, Sonos is introducing a new, compact soundbar. With a lower price, it should also attract more economical users to the streaming world of the US provider. For existing customers, an upcoming Sonos voice control is interesting, which should guarantee full data protection.

With the Beam 2, Sonos already has a fairly compact streaming soundbar in its portfolio that sounds really big and also offers Dolby Atmos. With a price of 500 euros, however, it is not exactly cheap. This doesn't deter die-hard fans of the manufacturer, but potential new customers may opt for the cheaper product from the competition. The new Sonos Ray aims to change that. It only costs 300 euros, but should still offer "perfectly balanced sound, crystal-clear dialogue and powerful bass".

Like the Beam, the Sonos Ray can be controlled with the TV remote or the associated Sonos app and can be turned into a surround system with two other Sonos speakers. Trueplay is also on board, with which the sound of the soundbar can be adapted to the spatial conditions via an iOS device.

Sonos has also announced its own voice control with the Ray. The manufacturer is thus reacting to the mistrust of many users about using Amazon Alexa or Google Assistant. The Sonos voice control should therefore give commands after the command "Hey Sonos!" only process on the device, i.e. do not send any data to the Sonos server.

The function should come with a free update on all compatible boxes. Initially, Sonos Radio, Apple Music, Amazon Music, Deezer and Pandora will be supported. Other streaming services will follow later - also on the German market. Sonos Voice Control will launch in the US on June 1, with France to follow “later in the year”. When the function will be distributed in Germany is still open.

1 Good devices for every requirement: Warentest lists... 2 Slowed down by license deal: EA Sports ends partnership... 3 Better than Britta 4 Preinstalled Android apps: The best alternatives for... 5 Trackers and malicious links: Many antivirus and cleaning... 6 When seniors fall: Secufy replaces an Apple Watch... 7 Networked, they can be greedy: How much power do devices... 8 The right one for every requirement: These are the... 9 Has the selfie stick had its day?: Snap launches the... 10 Annoying and dangerous: How to protect yourself from... 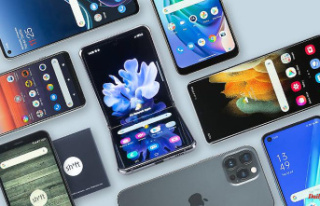