At the start of its I/O developer conference, Google is presenting Android 13 and its new hardware fleet. 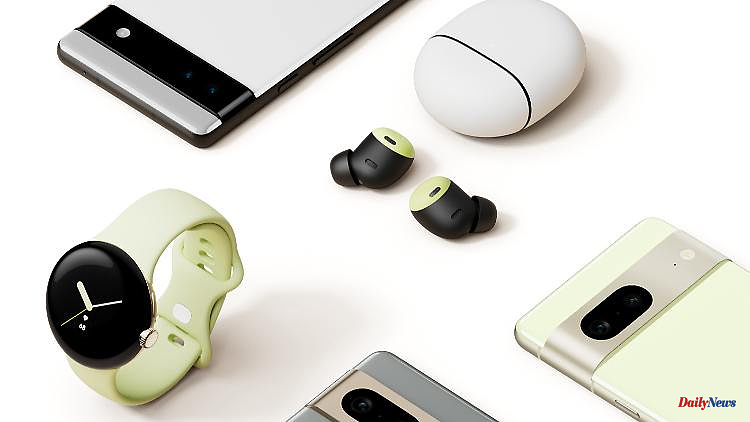 At the start of its I/O developer conference, Google is presenting Android 13 and its new hardware fleet. The company's first smartwatch, like the Pixel 7 smartphones, will not be available until autumn, while ANC earphones and the affordable Pixel 6a cell phone will be launched in the summer.

Google's I/O kicked off this year for a developer conference with an unusually large number of hardware announcements, including the company's first smartwatch. The new Android 13 operating system focuses on data protection and security, and the mobile operating system should also become more attractive for tablets.

Android 13 is intended to give users more control over what personal data they share and which files exactly installed apps can access. Instead of allowing blanket access to "Files and Media," access is split into two new categories: "Photos

Google is also increasing control over app permissions with Android 13, reducing the number of apps that require access to location. For example, authorization is no longer required to search for WLAN networks.

To improve security, users receive a notification as soon as an app accesses the clipboard and the memory is automatically cleared after a short time. In the course of the year, Android 13 will receive a unified page for security and privacy, where you can see and manage all settings at a glance.

The update gives users more ways to personalize their devices. This includes additional color customizations and individual language settings for each app.

Finally, Google finally wants to score points with tablets, which include better multitasking functions and optimization for using a stylus. In addition, more than 20 Google apps and a number of third-party applications are to be adapted for better display on larger screens. A new Pixel Tablet will not be available until next year.

The first available new Google device of the year will be the Pixel 6a. In addition to the same processor, the smartphone has many of the properties of the Pixel 6 flagships, but is significantly cheaper at a price of just under 460 euros. It will be a few weeks before you can buy it. The Pixel 6a can be pre-ordered from July 21st and will go on sale on July 28th.

Pixel 7 and Pixel 7 Pro will only enter the stage in the fall. However, Google already revealed the design at the I/O, which apparently differs from that of the current devices mainly due to a slightly different camera bar.

Pixel Buds Pro pre-orders will also start on July 21st. Unlike the Pixel Buds and their A variant, they will have active noise cancellation. They can also be charged inductively, are water-repellent according to IPX4 or IPX2 (case) and should last up to eleven hours without or seven hours with ANC. Price: 219 euros.

Although a prototype has already been made public, the first Google smartwatch will not be launched until autumn. It has a round, curved design, a haptic crown, is made of recycled stainless steel and comes with a new Wear OS - that much Google has revealed so far.

1 New voice control is coming: Sonos introduces cheap... 2 Good devices for every requirement: Warentest lists... 3 Slowed down by license deal: EA Sports ends partnership... 4 Better than Britta 5 Preinstalled Android apps: The best alternatives for... 6 Trackers and malicious links: Many antivirus and cleaning... 7 When seniors fall: Secufy replaces an Apple Watch... 8 Networked, they can be greedy: How much power do devices... 9 The right one for every requirement: These are the... 10 Has the selfie stick had its day?: Snap launches the... 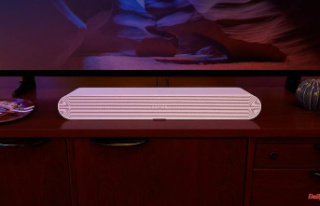