There are interesting forecasts and rumors about the upcoming iPhone 15. 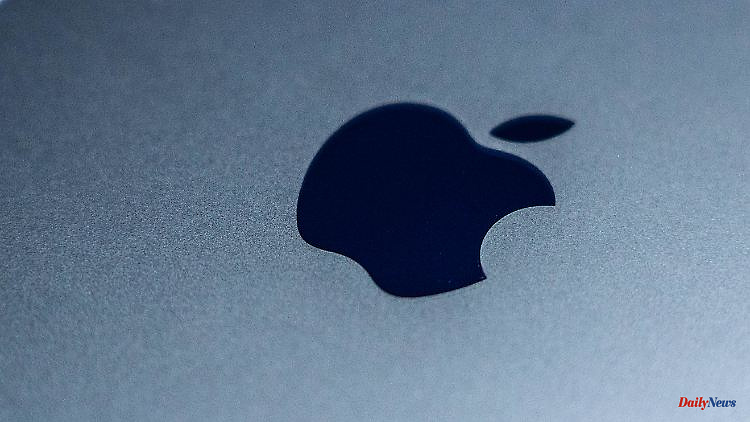 There are interesting forecasts and rumors about the upcoming iPhone 15. The Pro variants in particular could not only look different than before, but also feel very different. But something is also happening with the standard models – and all the new iPhones will receive a change.

Although there are still around ten months until Apple presents its new iPhones, the development of the devices has long been underway and production is being planned and prepared. That's why there are not only rumors about the next generation, but also concrete forecasts.

It is rumored that the iPhone 15 and iPhone 15 Plus will hardly look changed. There's a good chance they'll get one or more new colors and the A16 chip that powers the current Pro models. It wouldn't be a surprise if Apple's Normalos also lose the old notch next year and the true-depth camera is surrounded by the "Dynamic Island" like the iPhone 14 Pro duo.

Not only because the unerring Apple analyst Ming-Chi Kuo predicted it is certain that all upcoming iPhones will not have a Lightning connector, but a USB-C socket. Marketing boss Greg Joswiak told the "Wall Street Journal" that the EU regulation on the uniform charging standard would be bowed to.

Apple had probably planned this step anyway, since the connection is outdated and has remained at USB 2.0 level, which allows data transfers of up to 480 megabits per second (Mbit/s). On the other hand, up to 40 gigabits per second (Gbit/s) are possible on USB-C sockets, with the fastest interface Thunderbolt even being developed by Apple.

However, a uniform USB-C port does not mean that every iPhone 15 will have a turbo socket. Kuo anticipates that standard devices will remain at USB 2.0 speeds. For the pros, on the other hand, he expects at least USB 3.2 or Thunderbolt 3.0 (20/40 Gbit/s). This means that Apple's top smartphones will differ even more from the normal devices than is already the case.

And that will probably also be the case with the design. Ming-Chi Kuo predicts that the Pros will no longer have physical buttons, but will use touch surfaces to control the volume and the functions of the power button.

However, users should still have the feeling of pressing real keys. Therefore, according to Kuo, the iPhone 15 Pro and Pro Max will have vibration motors (taptic engines) on the inside left and right of the frame, which will work in a similar way to the Touch ID of the iPhone 7 and 8 and the two most recent SE devices.

The leaker @ShrimpApplePro rumored that the Pro models could have a frame made of titanium instead of steel, which would make the devices lighter in particular. In addition, the edges of the back should be rounded in the corners. The leaker has been right many times in the past, but points out that his info is very vague.

In the Android world, there have long been flagships whose telephoto cameras have a periscope telephoto lens, and this should be the case for the iPhones for the first time in the coming year. Kuo suspects this will be a particularly exclusive feature reserved for the iPhone 15 Pro Max.

Since a telephoto lens also requires more space, in which the light beam is deflected at a 90-degree angle with a prism or mirror, it could only fit in the large flagship. And because it's supposed to be a little more exclusive than the iPhone 5 Pro, it could no longer be called Max, but iPhone 15 Pro Ultra, writes "Bloomberg" expert Marc Gurman.

According to Gurman, the return of Touch ID in the form of a sensor under the display, which has been simmering in the rumor mill for some time, will not exist on the iPhone 15 either. According to MacRumors, Apple is instead working on a hidden Face ID with an under-display camera. Samsung is developing corresponding panels. First of all, the next generation of the Galaxy Z Fold will be equipped with the technology in the coming year.

Ming-Chi Kuo also expected a Touch or Face ID under the iPhone display for the coming year. In the spring, however, he changed his forecast that Apple would not use either of the two technologies in 2023 or 2024. Costs down!: How to save when streaming videos and...