The Google Nest Wifi Pro is a router that uses the latest WLAN standard Wifi 6E, which promises very high and stable data rates even with many connected devices. 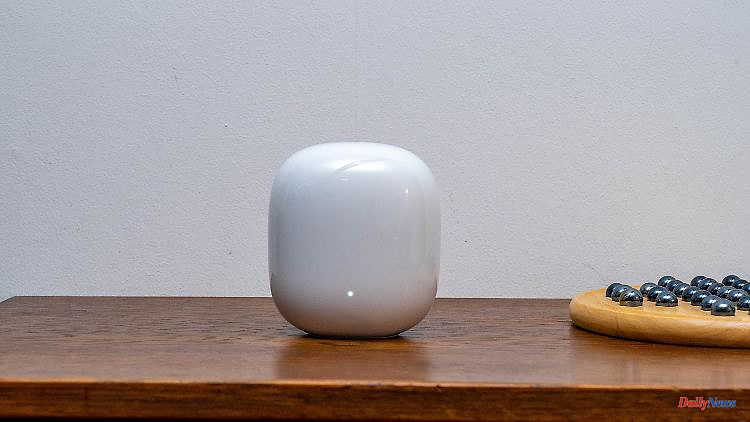 The Google Nest Wifi Pro is a router that uses the latest WLAN standard Wifi 6E, which promises very high and stable data rates even with many connected devices. Ntv.de tried out what such a device can actually do in everyday life.

The more networked households become, the more devices are looking for an Internet connection in their home WLAN. The greater their number, the more likely it is that they will slow each other down and data rates will plummet. In addition to the 2.4 and 5 gigahertz frequencies, the 6 gigahertz range was therefore introduced for the new WLAN standard Wifi 6E as a broad overtaking lane over short distances. One of the first routers with this technology is the Google Nest Wifi Pro, which costs around 220 euros. Ntv.de tried it out.

The device looks like a big, shiny peppermint drop, which is pleasantly different from the technical design of most other routers. That's a good thing, because it makes it easier to place it in the center instead of hiding it in a corner. This is the only way it can exploit its 6 gigahertz advantage, since the range in WLAN decreases as the frequency increases.

You really don't need to know more to place the Nest Wifi Pro in the best possible way. However, one remains dependent on the location of the Internet modem, to which the router is connected with a 1.50 meter long LAN cable.

As is usual with Google devices, the Nest Wifi Pro is set up in no time at all via the Google Home app: you connect it to a socket and router, scan a QR code on its underside and follow the simple instructions. The app is otherwise rather spartan. Among other things, you can set up a "Family WLAN" with time-outs for children, block unwanted websites or create a guest network. It is also possible to give priority to video conferences or games in the WLAN network.

A much higher hurdle is to find a client that also already transmits with Wifi 6E. The latest iPhones, for example, do not master the new standard. To determine the possible data rates, a Google Pixel 7 Pro and a Microsoft Surface Laptop 5 were used in the test.

One meter away from the router, the notebook showed 1201 megabits per second (Mbit/s) for reception and transmission, the smartphone determined 1200 Mbit/s for downstream and upstream. This is very fast, but both devices achieve twice the values ​​at this distance with the Fritzbox Cable 6690 usually used in the test household. The AVM router only masters Wifi 6 without the 6 gigahertz range, but has better antenna equipment than the Google Nest Wifi Pro, among other things.

Even though the AVM router is more powerful, the Nest Wifi Pro's speeds are very good. Also, its data rates are stable even on weak connections. Placed centrally, it can presumably cover up to 120 square meters, as stated by Google. Otherwise you need a second device, which increases the costs to 330 euros. The new router is not compatible with Google's older WiFi solutions.

The purchase is particularly worthwhile if you want to have a networked home with many modern devices in the future and want to control it easily. The router masters the new cross-platform smart home standard Matter and can control compatible devices.

He has also integrated a so-called thread border router. This is the prerequisite for connecting a thread network in which devices such as smart sockets, lights, sensors, etc. communicate with each other independently of a control center, to the WLAN network.

However, this is still largely a thing of the future, the number of corresponding devices is still very small. But if you plan ahead and want to replace a low-performance router anyway, a Google Nest Wifi Pro is a good choice. 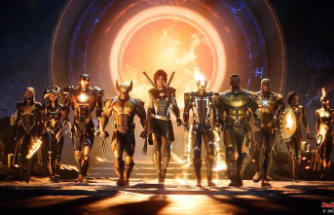 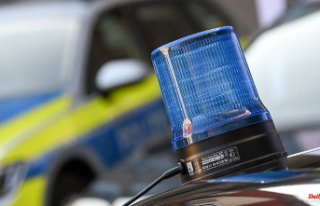