When seniors fall: Secufy replaces an Apple Watch in an emergency

The safety companion from the German startup Secufy gives single seniors security by allowing them to get help at their current location anytime, anywhere at the press of a button. 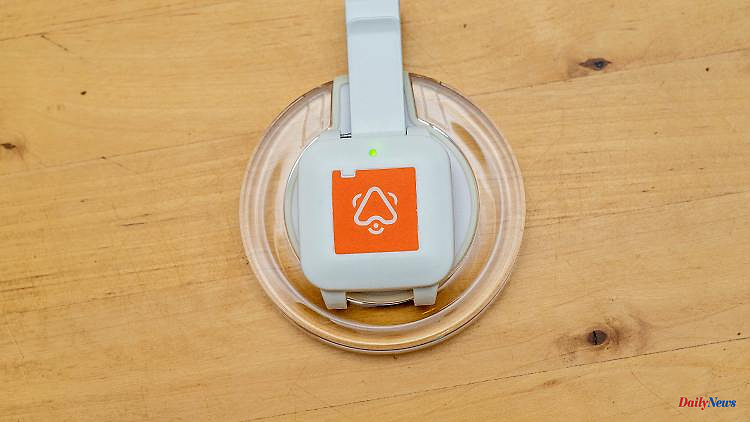 The safety companion from the German startup Secufy gives single seniors security by allowing them to get help at their current location anytime, anywhere at the press of a button. In an emergency, this also happens automatically, similar to but slightly different than with an Apple Watch.

Nowadays, many people can live independently into old age, even if they are alone. But the danger in everyday life is high that they fall. According to official figures, this happens to 33 percent of 65-year-olds at least once a year in their own four walls. In the over 90-year-olds it is over 50 percent. The consequences are much more serious for seniors than for young people, they often break their hips or wrists in a fall or injure themselves even worse.

In addition to special training, protectors or walking aids, portable emergency call devices can help ensure that the risk of falling does not mean that seniors do not have to give up an independent and active life. The safety companion from the Mainz startup Secufy is brand new, and it is designed to make it particularly easy to call for help at home or on the go.

The service costs 30 euros per month, and a further 10 euros are due for a 24-hour emergency service. That's not exactly cheap, ntv.de tried out whether Secufy is worth that much.

The package, which is delivered for an additional deposit of 10 euros, contains the safety attendant with a clothing clip, three so-called Homezone transmitters and an inductive charging station with a power supply unit and USB cable. You can also wear the safety companion on a bracelet, which is available for 10 euros, but given its size, it is better placed on the hips, where senior citizens can use it better, according to Secufy.

Set-up with the included step-by-step instructions is so easy that no service personnel is required. Wearers of the safety companion need neither a smartphone nor a home WiFi network.

First you charge the waterproof safety companion on its charging station and distribute the home zone transmitters in the apartment, with which the device can narrow down the position in an emergency. The small tags can also be glued or screwed on if required.

Once that's done, you log into the Secufy Connect portal. Even if there is a clear app, the best and easiest way to set it up is in the PC browser. Here, too, the manual guides users step by step to their goal.

Central are the safety contacts, of which you can enter up to five. In the event of an emergency, you will first receive a notification by e-mail or SMS, or you will be called. What should happen in the event of an alarm at home or on the road and in what order is determined in the emergency plans.

For example, you can enter that all contacts should receive an e-mail, but initially only person X should be called. If she cannot be reached, person Y receives a call. If after 15 minutes none of the contacts have taken over and reported this either via the app or browser, the alarm will be managed by the emergency service - if you have booked it. You can also define who receives a warning if the battery level is too low or the safety companion is not worn by a certain time.

The wearer is recognized by position sensors. With them, the device can automatically detect an emergency and trigger an alarm if the security attendant is not moved for a certain period of time. Since this could also happen during an afternoon nap, Secufy recommends placing the device on the charging station during this time, as it will not trigger an alarm if it is in an absolutely horizontal position. Secufy does not offer automatic fall detection based on movements, such as with the Apple Watch.

Otherwise, the porters manually raise the alarm by pressing the outside of the security attendant a little longer. The resistance is large enough to prevent false alarms. If this is done on purpose, the wearer can clearly feel this in the form of vibrations, and the LEDs also light up alternately in blue and orange. As soon as Secufy sends out the notifications and calls are made to contacts, the wearer is informed of this by brief renewed vibrations. There is no option for additional acoustic feedback.

In the test, the alarms reliably arrived with a delay of around one minute. A problem with calls could be that they come from a US service and may therefore be pushed away as supposed spam calls. Contacts should be made aware of this and, ideally, let them add the telephone number to their address books during a test alarm.

The system always reliably determined the probable position of the wearer based on the nearest home zone transmitter in the test. In the event of an alarm outside the apartment, the alarm is first sounded and the position determined by GPS is then delivered with a slight delay. In an SMS or email, a link leads to Google Maps, and the map is displayed directly in the app. With a deviation of just a few meters, Secufy also completed this task perfectly.

However, carriers of a security attendant are not tracked, the position is only determined and transmitted in an emergency. The only information that admins or contacts can always see in the app is the number of steps taken the previous day.

In the test, the Secufy security attendant turned out to be a simple but effective emergency system. Above all, the good functionality outside the home and the priority given to private contacts were convincing. However, 40 euros including emergency service is no small matter. According to Secufy, health insurance companies usually cover the costs if the level of care is appropriate, even if the system is by definition too modern for the criteria that still apply to home emergency call systems.

1 Networked, they can be greedy: How much power do devices... 2 The right one for every requirement: These are the... 3 Has the selfie stick had its day?: Snap launches the... 4 Annoying and dangerous: How to protect yourself from... 5 Similar, but also very different: This is how the... 6 Ecoflow Delta mini solar panel: Compact power station... 7 Top class ANC earphones: Sennheiser makes Momentum... 8 Pixel Watch: Google prototype found in restaurant 9 Another Max instead: The iPhone mini is dead 10 Did you know?: Ten smartphone myths put to the test 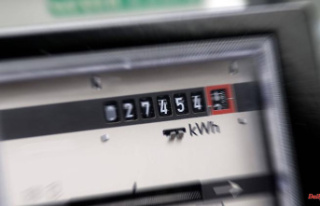 Networked, they can be greedy: How much power do devices...