2021 Notebook: The US withdrawal and Afghanistan’s next chapter

THE BASICS: Afghanistan's 2021 was marked by chaos and a U.S. withdrawal. The next chapter is uncertain. After the September 11 attacks, 20 years ago, the Taliban were removed as rulers of Afghanistan by a U.S-led coalition. The collapsed Afghan military and Western-backed government, which fled, couldn't stop them. They quickly seized power in mid-August. This was according to The Associated Press. 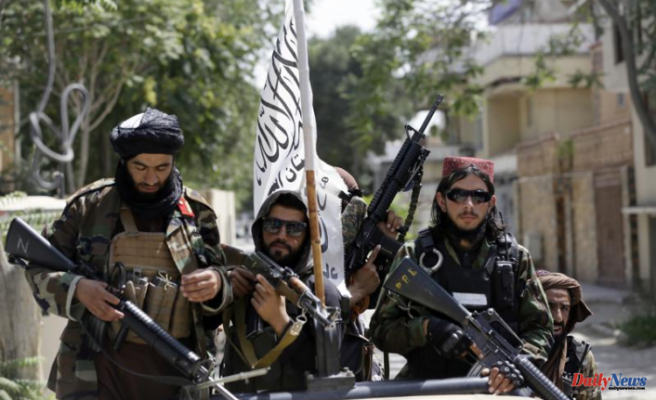 Four months after the fall of Taliban rule, Afghanistan faces a humanitarian disaster and an economic meltdown. The country's assets abroad in the United States, mostly in the U.S. have been frozen, and international funding has stopped for the country.

The world will wait to recognize the new rulers of Kabul. It is wary that the Taliban could impose a similar harsh regime to when they were in power twenty years ago, despite their claims to the contrary.

While the Taliban encourage patience, there are some troubling signs: Girls are forbidden from attending high school in many provinces. Women have also returned to work in large parts of the health sector. However, many female civil servants are barred from entering the workforce.

Security has improved under Taliban rule, as a result of their crackdown on criminality. Humanitarian organizations claim they are now able to reach areas that were previously considered no-go.

Here are Associated Press journalists who covered the Taliban's lightning attack across Afghanistan and its subsequent fallout.

KATHY GANNON is the news director for Afghanistan and Pakistan

The last year was particularly turbulent. It all began with President Joe Biden's announcement that NATO's last U.S. soldiers and soldiers would be leaving Afghanistan. But I don't think anyone expected that this would cause such chaos and real misery for so many. ... Even Afghan President Ashraf Ghani was taken aback by the news that NATO was leaving and that the Americans were leaving. He never believed they would. We spoke to many people in the army and within government at that time, who were shocked at the announcement. Although the U.S. had been in talks with the Taliban and had negotiated an agreement that they would start this withdrawal as of May 1, there was still a belief among many Afghans it wouldn't happen.

Gallup conducted a survey in 2018 and found that only 2% of the population believed in their future for the next five-years, even before the Taliban came to power. This was many years before the Taliban came to power. The foundation was laid. People were frustrated. Already, the poverty rate was very high. People had very few jobs. People were really discouraged about the future of their country.

It was almost as if the snowball was gaining momentum, with embassies announcing that they would close. Social media rumors claimed that the Americans would take anyone who showed up at an airport. Simply arrive. "You don't even have to have your national papers." For many Afghans, this was a chance for a better future. They had the chance to travel to America and to live in the West. This was something they didn't consider possible before the Taliban arrived.

The Taliban's arrival caused a lot of fear and anxiety, especially among young people who hadn't been there during the Taliban's last rule in 1996-2001. All of this led to a massive surge towards Kabul's airport, which I believe was unprepared for.

In many ways, it was an indictment of the past 20 years that there was so little hope or faith for the future. The civil society, upon which so much faith was placed, seemed to be the first to rush to the airport. They feared not only for their lives but also for the future. They worried about their children's future.

That is what really caused the chaos of those iconic images showing young men running to the C-17 aircraft and holding on to the wheels to try to get in the aircraft. This was all due to fear and uncertainty. They didn't have much hope for the future in the 20 years that passed.

However, I would like to point out that there was no evidence that widespread retribution killings would occur since the Taliban ruled. Unfortunately, revenge killings are a hallmark of every Afghan regime change. When the Taliban were overthrown by U.S.-backed Afghan allies in 2001, there were many retribution killings. Human rights groups reported that at least 80 people were killed by returning Taliban rulers. But, there is no evidence to suggest that systematic retribution has occurred.

It is a bit surprising that the Taliban are now here, and the world is surprised. This is despite the fact that there have been two years of negotiations between the Taliban and the Taliban with the intention of reaching an agreement at the end that would put them in control. The future remains a mystery to me. It is unclear if the Taliban will fulfill their promise to provide education for girls. It is unclear if they will expand their ranks or include more people. It is unclear what this will look like, I believe. However, there is one thing that is clear: Afghans need help. According to the U.N., 98% of Afghans will be in dire need by the end this year. It's not clear if the world is ready for the challenge.

1 To boost the supply chain, Buttigieg donates $241M... 2 Hong Kong: The last monument to the Tiananmen massacre... 3 Biden, the first lady to visit children in hospitals... 4 Yes, there is Santa Claus. COVID-19 will not stop... 5 EXPLAINER - Are there more defendants who testify... 6 EXPLAINER - What happens if the high court ignores... 7 Many US churches cancel their Christmas services in... 8 Due to COVID staffing shortages, airlines cancel flights 9 Omicron is the latest blow to pandemic-weary frontline... 10 Los Angeles Police shoot Coroner IDs a girl killed... 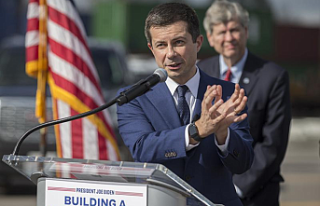