Afghan refugees are welcomed by immigrants, who were inspired by their own journeys

SAN JOSE (Calif.) -- Tram Phham weeps as she recalls how difficult her first life in the U.S. She also recalls the joy she felt when she was a 22-year old refugee from Vietnam and a nurse spoke in her native Vietnamese to guide her through a medical screening for new arrivals. 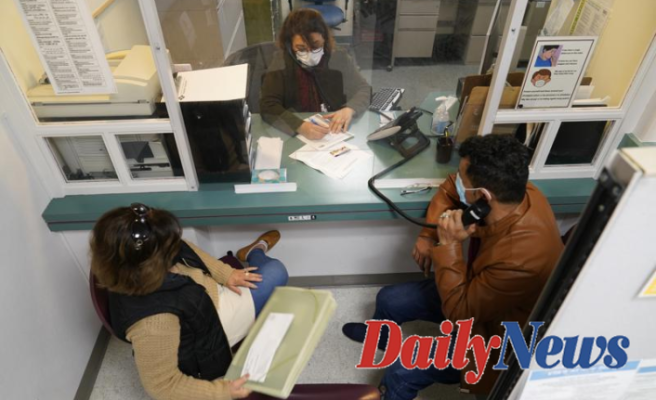 Pham, nearly three decades later, hopes to pass that comfort on as a registered nurse at San Jose, California's same clinic that her family treated. After the August withdrawal of American troops from Afghanistan, the TB and Refugee Clinic at Santa Clara Valley Medical Center screens Afghans seeking asylum in the United States.

Pham cannot speak Pashto or Farsi. She can calm patients who are stressed about the lack of work or rent. She held an elderly Afghan woman's hand as she cried out for her safety.

"I see patients from all parts of the world. You know, I see Vietnamese patients. She said that she sees a lot of refugees patients. "I see myself."

The TB and Refugee Clinic are part of a large network of charities and government agencies that is responsible for President Joe Biden’s plan to move nearly 100,000 Afghans from Afghanistan by September 2022. Nearly 48,000 Afghans have moved from U.S. military bases to settle in new communities, according to the U.S. Department of State in an email. This includes more than 4,000 people in California.

After President Donald Trump's drastic cuts to refugee programs, the operation was hampered. However, the community has responded enthusiastically to Krish O'Mara Vignarajah (president of Lutheran Immigration and Refugee Service), one of nine national resettlement offices.

"We are aware that resettlement doesn't take weeks or months. It takes years of work to achieve success. Vignarajah stated that success takes years of effort.

This nonprofit operates in at most two dozen states and has resettled approximately 6,000 Afghans since summer. It includes 1,400 Afghans in northern Virginia, 350 Afghans in Texas, and 275 Afghans in Washington, Oregon, and 25 Afghans in Fargo, North Dakota.

According to Carly Akard of Catholic Charities of Oklahoma City, Oklahoma has only received half the 1,800 people it had expected. Akard stated that many refugees arrived in the midst of their desperate escape.

She said, "They fled and didn’t have anything."

The clinic in San Jose is trying to find more staff and hire new people for the over 800 expected arrivals by September. The number is significantly higher than the 100 patients the clinic had to assess in the previous fiscal year. It is also uncertain when they will arrive, according to Nelda David, the health center manager.

David stated that the staff of three dozen will continue to welcome visitors to the clinic, which was established four decades ago in order help Southeast Asians. The majority of nurses, assistants, and other staff are former refugees or immigrants and can understand the shock of moving to a new country.

Jahannaz Afshar, a medical interpreter, welcomes Farsi speakers to the front door before they can check in for their first appointment. She explains what to expect in a glassless office. This is part of a comprehensive assessment that includes immunization updates and testing for infectious diseases. All refugees must have a medical exam.

Afshar, who emigrated from Iran in 2004, also helps to explain cultural differences such as America's preference for privacy and socializing. She will show newcomers how to use public libraries and bus routes, as well as reassure them that Americans are open-minded and willing to help others without expecting anything in return.

Mylene Madrid, coordinator of the refugee assessment program, stated that most staff are bilingual and have come from many countries including China, Myanmar and Sierra Leone. However, staff members can still help even if they don't speak the same language.

When she arrived for her first medical examination, an Afghan woman was nervous and tense. Despite the long visit lasting over an hour, she was laughing and sharing photos with Nikie Phung (public health assistant who fled Vietnam with her family decades ago).

Another Afghan woman came to the clinic complaining about chest pains. She couldn't give any details because she was too anxious. Pham, the nurse asked her if she could hold her hands. The woman cried, and then they sat together as she spoke about the stress of living with her whole family in a small hotel room.

Her pains were gone by then. Pham noticed the mother's son-in-law and daughter were more upbeat and easier to understand English. She pulled her daughter aside.

She asked her, "Would it be possible to spend some time with my mom?" Talk to her.

Staff have gone to great lengths to help patients find jobs, furnished empty apartments, and tapped the wider community for rent or other assistance. They have provided diapers for babies, and they also gave out gift baskets during Thanksgiving. A patient needed his car repaired for work during a routine visit. Within weeks, $2,000 was raised by the clinic to help him.

Jaspinder Mann, an Indian assistant nurse manager, says that every person has a different heart. He speaks out about the desire of immigrants to help.

Afshar claims she cannot imagine the suffering of refugees. Her husband, an ex-clothier designer, and she were not fleeing violence and shootings when they left Iran. She too had difficulties at first.

She said, "And this is one thing that I always share." "That, even though it will be difficult, you'll be happy later because... You're learning so much and growing so much.

She calls Mohammad Attaie (50), a radio technician, to schedule an eye exam. He fled Kabul, the capital of Afghanistan, with Deena, a journalist and their daughter, this summer. Sana, 10, loves her school in San Jose. However, the couple are worried about finding work if they don't know the language.

Seeing people like Afshar or Pham gives them hope.

They are successful. They are working here. They have excellent language skills. "I hope that in less than one year, I can stand on my own feet," Deena Attaie stated in Farsi. 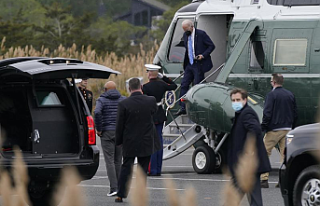