After years of living in Gaza limbo, some Palestinians are granted legal status

GAZA CITY (AP), Khader al-Najjar has been unable leave Gaza Strip since he returned from Palestine 25 years ago. He was unable to travel to Gaza Strip to receive medical treatment for a spinal ailment and to say goodbye to his mother who died in Jordan last January. 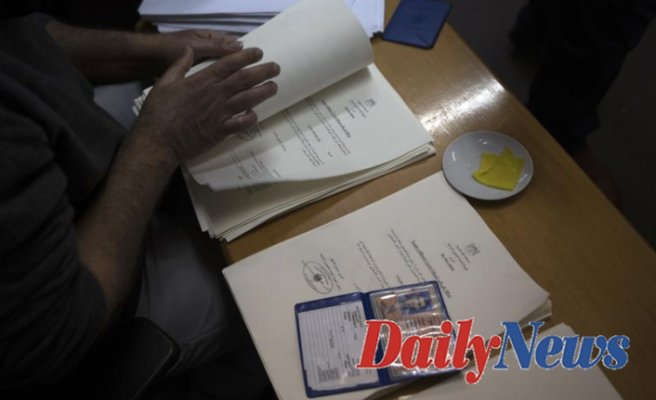 Israel refused to permit the Palestinian Authority to issue him an ID national. It was virtually impossible to leave even though Egypt and Israel imposed a severe blockade in 2007 after Hamas militants seized Gaza.

Israel approved residency approvals for thousands of Palestinians living in Gaza and the West Bank in recent months to try to ease tensions. It also continues its decades-long control of the lives of over 4.5 million Palestinians.

Al-Najjar (62 years old carpenter) said that his suffering was immense. He described a series of "nightmarish" failed attempts to obtain permits to leave the small coastal territory. He is now among the more than 3200 Palestinians living in Gaza that will soon receive a national identification.

This will make travel easier, but he will still need to navigate the maze of bureaucratic obstacles that are associated with the blockade. While Israel claims the restrictions are necessary to contain Hamas's activities, rights groups see the blockade in a form collective punishment for Gaza's 2,000,000 Palestinians.

In 2005, Israel pulled out soldiers and settlers in Gaza. Two years later, Hamas expelled the PA forces. Israel still has control over the Palestinian population registry. This is a computerized database that contains names and ID numbers. Most of the international community and the Palestinians view Gaza as an occupied territory.

It is estimated that tens of thousands are Palestinians without legal residency. This makes it nearly impossible to cross international borders, or the Israeli military checkpoints scattered throughout the West Bank. Many are refugees who have returned to the region after having lived abroad. Israel has refused to register them.

Ahed Hamada is a senior official at the Hamas-run Interior Ministry and claims that there are more then 30,000 Gazans without status.

Following recent talks between Benny Gantz, Defense Minister, and Mahmoud Abdul Abbas, Israel offered to give residency to around 13,500 Palestinians. This was a gesture of goodwill. This is the first batch of Palestinians granted residency since the end of peace talks more than a decade ago.

The current Israeli government, made up of parties that support or oppose Palestinian statehood has not ruled out major initiatives to end the conflict, but it has stated that it is committed to improving living conditions in the territories. It wants to support the PA, which controls parts of the West Bank and coordinates Israel's security.

After meeting with Abbas Gantz made a statement pledging to continue "confidence-building measures" in civilian and economic areas.

Gazans danced and rejoiced as they waited to be mailed by the PA's civil affairs agency, which will enable them to apply to for passports and national IDs. While some were overwhelmed with joy, others were dismayed to learn that they weren't on the list.

Hamas, which has fought four battles with Israel, most recently in May, criticized Abbas-Gantz meetings and said they "deviate" from the national spirit of the Palestinian people.

The issue of residency dates back to 1967 when Israel took east Jerusalem, Gaza, and West Bank in war with Arab states. The Palestinians want these three territories to be part of their future state along with Israel.

Three months after the war, Israel conducted a census and registered only those Palestinians who were physically present. Later, Israel allowed those without legal status to visit their family with visitor permits. Many Palestinians returned to their homeland after the Oslo agreements in the 1990s. They overstayed their permits in hopes that their status would be resolved by a final peace deal. After the 2000 intifada (or Palestinian uprising against Israeli control), family unifications were largely stopped.

It is also prohibited for Palestinians to move to the West Bank from Gaza. Some 2,800 Palestinians, who were previously in danger of being deported from Gaza before 2007, have been granted West Bank residency.

Gisha, an Israeli rights group, advocates freedom of movement. It claims that by framing the expansion of residency in goodwill gestures, Israel is simply repackaging what it is legally bound to do.

Miriam Marmur spokeswoman for Gisha. She stated that while this is a beginning, it's not a complete solution. "There are thousands of people who are still without status and millions that are still under the permit regime."

Al-Najjar, a Palestinian who had lived in Jordan for a while before moving to Gaza, was among the fortunate ones. He, his wife, and all four of their children were granted residency this month. He said, "Thank God! I can now go to visit my sisters and family (in Jordan), now that we have passports."

Many foreign nationals, mostly Palestinians from other countries, who have been married to Palestinians in the territory have faced a similar dilemma.

Tareq Hamada stated that he still awaits residency for his wife. She is a Palestinian, who immigrated to Gaza in 1997 from Kuwait. He stated that she had dreamed all her life about making the Muslim pilgrimage from Mecca, but was unable to achieve it.

Fayeq Al-Najjar is a distant relative to Khader. He tried to return from Libya to Gaza in 2008, but Egypt turned him away because he didn't have a national identification. Instead, he sneaked in through the Egyptian border smuggling tunnels that have been mostly destroyed. He applied for an ID, but he is not sure if it will be granted.

He said, "I have Egyptian sisters whom I would like to visit." "I am 60 years old. When will I get an identification? "When will I be at death's door?" 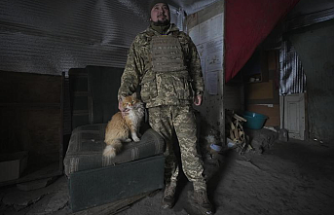 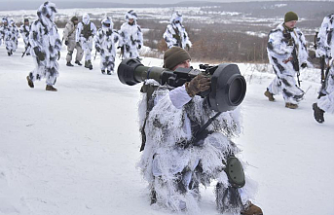 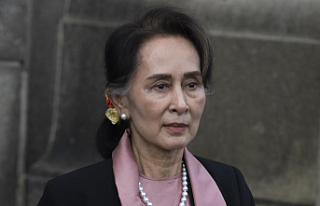