Amnesty joins other rights groups to accuse Israel of apartheid

JERUSALEM, (AP) -- Amnesty International stated Tuesday that Israel has "a system of oppression & domination" over Palestinians since 1948. This is in line with the international definitions of apartheid. 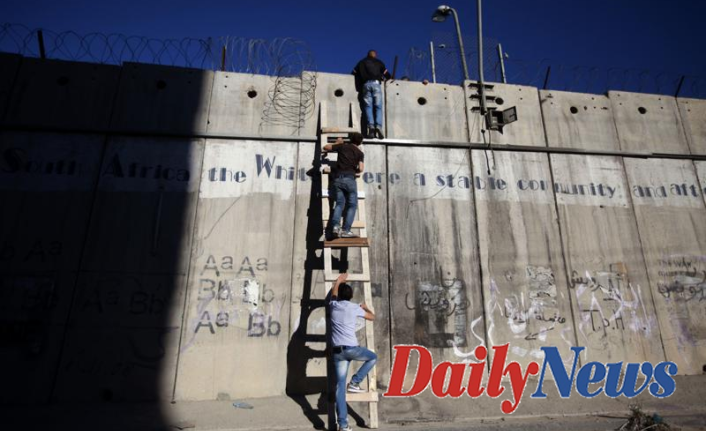 The London-based rights group joined Human Rights Watch and Israeli rights group B'Tselem to release a 278-page report that was compiled over four years. It accuses Israel of apartheid -- both within its borders as well as in the occupied territories.

These findings are part a growing international movement to recast the Israeli-Palestinian war as a struggle for equal rights, not a territorial dispute. These efforts have grown stronger in the ten years since the cease-fire on the peace process. Israel has strengthened its hold over the occupied territories, and abandoned the idea of a Palestinian State.

Israel denies any claim of apartheid and says its Arab citizens have equal rights. At the height of peace negotiations in the 1990s, Israel granted the Palestinian Authority limited autonomy and pulled its soldiers and settlers out of Gaza in 2005.

Amnesty International and other groups claim that the fragmentation of Palestinian territories is part of an overall control system to preserve Jewish hegemony, from the Mediterranean Sea to Jordan River.

For decades, Palestinians have been accusing Israel of apartheid. The report was welcomed by the Palestinian Authority, which manages a portion of the occupied West Bank, and works with Israel to ensure security.

Amnesty tracks such policies back to Israel's establishment in 1948. Around 700,000 Palestinians fled to safety or were expelled in the Arab-Israeli War that followed Israel's founding. They made up around 80% of the Palestinian population that is now Israel. Israel forbade the refugees from returning to preserve its Jewish population.

The Palestinians who remained inside Israel lived under military control until 1967, when Israel seized east Jerusalem, West Bank, and Gaza. This was the territory the Palestinians wanted for their future state.

Today, Palestinians in Israel are citizens. They have the right to vote and many have reached the top of the business, law and medicine worlds. They are still subject to discrimination in areas such as the housing and job markets. Palestinians living in West Bank are under Israeli military control, while Hamas-ruled Gaza is subject to a crippling Israeli or Egyptian blockade.

About 20% of Israel's 9.4million population is Palestinian. However, the Jewish and Arab population is roughly equal when you include Gaza and the West Bank.

Amnesty stated that Israel's policy since 1948 has been to establish and maintain a Jewish demographic hegemony. It also aims to maximize its land control to benefit Jewish Israelis. This policy restricts the rights of Palestinians, and prevents Palestinian refugees from returning home. "Israel has extended this policy to Gaza Strip and West Bank, which it has occupied since then."

Israel dismissed the earlier reports as biased but now takes a much more hostile stance towards Amnesty accusing it both of antisemitism, and delegitimizing Israel's existence before the report was published.

None of these reports made comparisons between Israel and apartheid South Africa. This was a country that had a system of white supremacy, racial segregation, and existed from 1948 to 1994. They instead compared Israel's policies to international conventions such as the Rome Statute and International Criminal Court. Apartheid is defined as an institutionalized system of systematic oppression or domination by one race over another.

This commission is the most intrusive type that the council can create. It was first given an "ongoing" mandate.

Israel accused the ICC as well as the U.N. rights agency of biasing against it, and of pointing it out when other countries are committing far worse violations.

Yuval Shany is a senior fellow at Israel Democracy Institute and a member of Hebrew University of Jerusalem Faculty of Law. He said that it was "highly unlikely" that the ICC would pursue apartheid claims due to the complexity involved.

He stated that apartheid claims are "extremely and quite unfounded" in Israel, despite discrimination. The situation in the territories is "much more complicated."

He said that elements could be considered discriminatory, segregatory, or oppressive, depending on the duration of the occupation. It is not easy to tell the difference between questions that are related to security policy and those with competing national claims or what constitutes a racist agenda.

He said that using the language of apartheid was "a bridge too far".

Last month, the Israeli Foreign Minister Yair Lepid stated to reporters that he expected increased efforts to label Israel this year as an apartheid country. This could result in it being banned from cultural and sporting events. He stated that the best way to counter these efforts is to revive a political dialogue with the Palestinians.

More than a decade ago, the peace process came to an abrupt halt. Israel's current prime Minister, Naftali Bennett is against Palestinian statehood. He leads a large coalition, which includes moderate members such as Lapid and even an Arab party.

Because of its internal divisions the government has blocked any major efforts to end the conflict. Lapid and Benny Gantz, the Defense Minister, met with top Palestinian officials to discuss the possibility of helping the Palestinian economy grow and setting the stage for future negotiations.

1 Protests and violence mark the anniversary of Myanmar's... 2 Abortion bans or restrictions on abortion will most... 3 Tom Brady leaves after 22 seasons and 7 Super Bowls 4 Boris Johnson gets some breathing room from the 'partygate"... 5 Near N. Carolina's fertilizer plant fire, thousands... 6 Chanel: This is manufactured by a diva for Eurovision 7 Denmark removes all COVID-19 restrictions 8 Whoopi Goldberg, sorry to say Holocaust was not about... 9 EXPLAINER - What does Neil Young's protest for... 10 Shiffrin was able to see what Biles and other Summer... 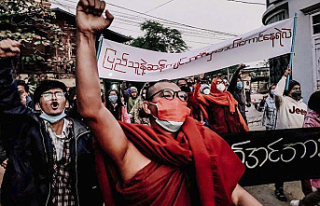 Protests and violence mark the anniversary of Myanmar's...