JOHANNESBURG, (AP) -- Desmond Tutu was South Africa's Nobel Peace Prize-winning symbol, an uncompromising foe apartheid, and a modern-day activist to racial justice, and LGBT rights. He died Sunday at the age of 90. The death of Desmond Tutu was mourned by South Africans, world leaders, and others around the world. 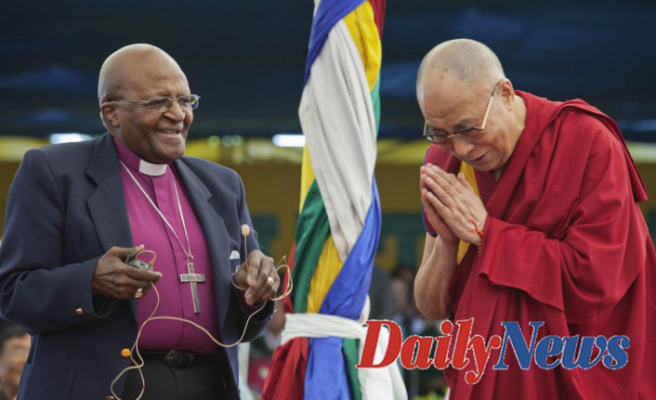 Tutu was a tireless worker who worked tirelessly, passionately, and non-violently for the end of apartheid, South Africa's oppressive, brutal regime against its Black population that lasted decades. It ended only in 1994.

The buoyant and blunt-spoken clergyman used the pulpit as the first Black bishop in Johannesburg, and then as the Anglican Archbishop at Cape Town. He also held frequent demonstrations to mobilize public opinion against racial injustice both locally and internationally.

The diminutive Tutu was nicknamed "the Arch" and became a prominent figure in South Africa's history. He is comparable to Nelson Mandela, who was a prisoner under white rule and became South Africa's first Black president. Mandela and Tutu shared the same commitment to creating a more egalitarian South Africa.

Mandela named Tutu as the chairman of the Truth and Reconciliation Commission of Namibia, which exposed the abuses committed by apartheid.

Tutu's passing on Sunday was "another chapter in our nation’s farewells to a generation outstanding South Africans who left us a liberated South Africa," South African President Cyril Ramaphosa stated.

He stated that "From South Africa's pavements of resistance to the pulpits at the great cathedrals and places for worship around the world, and the setting of the Nobel Peace Prize ceremony in a prestigious setting, the Arch distinguished him as a nonsectarian, inclusive champion for universal human rights."

According to the Archbishop Desmond Tutu trust, Tutu passed away peacefully at Oasis frail care center in Cape Town. After being diagnosed in 1997 with prostate cancer, he had been admitted to hospital several times.

The Tutu trust said that "He made his own misery into an opportunity to teach others and raise awareness." He wanted the world to know he had prostate carcinoma and that it was possible to manage it if it was detected early.

He and Leah lived in Cape Town's retirement community for the past few years.

Former President Barack Obama described Tutu's role as a "moral compass" for him and many others. An universal spirit, Archbishop Tutu was grounded both in the struggle for justice and liberation in his country but also worried about injustice around the world. His impish senses of humor and willingness find humanity in the foes never diminished.

Tutu lived a life that was "entirely dedicated" to the benefit of his sisters and brothers for the greater good. The Dalai Lama, Tibet’s exiled spiritual leader, said that Tutu was "a true humanitarian".

Before Tutu's burial, a seven-day mourning period in Cape Town is planned. This includes a two-day sitting in state and an Anglican mass at St. George's Cathedral. Purple, the color of Tutu's robes as archbishop, will be used to lighten Table Mountain in the southern city.

In the 1980s, when South Africa was ravaged by anti-apartheid violence, and a state emergency gave police and military vast powers, Tutu was one the most prominent Black leaders who were able to speak against these abuses.

Tutu's serious messages were lightened by his lively wit, which made otherwise dark protests, funerals, and marches seem more bearable. He was optimistic and determined, and a formidable force. His talent for quoting the right scriptures to mobilize support for change made him a tenacious force.

He was recognized as one of the most effective advocates for human rights in the world by the Nobel Peace Prize in 1984, which he continued to take seriously throughout his life.

Tutu was elated by South Africa's 1994 democratic elections and the end of apartheid. He called it a "rainbow country" which reflected the optimistic spirit of the time.

Mandela was released from prison in 1990 after spending 27 years behind bars. He spent his first night in freedom at Tutu’s Cape Town residence. Later, Mandela called Tutu the "people's archbishop".

He stated that he would not worship a homophobic God in 2013, when he launched a campaign in Cape Town for LGBTQ rights. "I wouldn't go to a homophobic heaven." "No, I would rather say "Sorry, but I prefer the other place."

Tutu stated that he is "as passionate" about the campaign as he was about apartheid. It is at the same level for me." He was one the most prominent religious leaders to support LGBTQ rights, a position that put him in conflict with many South Africans and others on the continent.

Tutu stated that South Africa was a "rainbow nation" of promise for reconciliation and equality. However, he became disillusioned by the African National Congress (the anti-apartheid group that became the ruling party following the 1994 elections). Even after apartheid ended, his outspoken comments sometimes angered partisans.

Tutu was especially upset by South Africa's refusal of the Dalai Lama a visa. This prevented the Tibetan spiritual leader from attending Tutu’s 80th birthday and a planned gathering with Nobel laureates in Cape Town. Tutu claimed that the government was bowing under pressure from China, a key trading partner. 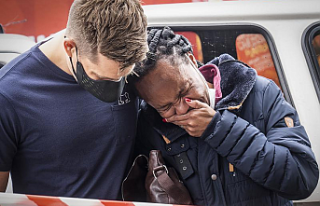