Canberra (Australia) -- Authorities have warned that the Great Barrier Reef is being again affected by "widespread bleaching" as high-than-average temperatures in Australia's northeast threaten its World Heritage site. According to the Great Barrier Reef Marine Park Authority, surveillance flights of the reef showed damage from heat stress. The 1,243-mile coral network was affected by the bleaching.

"Bleaching was detected throughout the Marine Park -- It is widespread but varied, across multiple areas, with an impact ranging from minor to severe," said the authority in its weekly update.

The sea temperature in the marine park was between one-half and two degrees Celsius higher than the average over the past week. However, the temperatures in the far north and onshore areas were between two and four degrees below the average.

The authority stated that there have been cases of heat stress-related early death.

This news comes just ahead of a UNESCO visit to the reef to assess its health before a decision on its heritage list, which will be made in June.

Bleaching is when corals that are healthy become stressed by high ocean temperatures. This causes them to expel the algae living in their tissues and drains them of their vibrant colors.

Five mass bleaching events have occurred across the Great Barrier Reef, each triggered by unusually high sea temperatures. Many corals were left struggling to survive.

Coral has also been eaten by crown-of-thorns starfish outbreaks.

Although recent changes have not been classified as a mass-bleaching event, the Australian Marine Conservation Society called the report "disastrous news" especially during La Nina weather patterns, which are usually associated with lower ocean temperatures.

Lissa Schindler, campaign manager of the society, stated that it shows the constant pressure on the reef from global warming.

A healthy reef can recover from coral bleaching, but it takes time. It is not getting this time because of more frequent heatwaves in the ocean, primarily caused by the burning off coal and gas.

The conservative Australian government announced earlier this year new funding to help prevent the destruction of the reef by climate change.

Australia set up a "Reef 2050 plan" and invested billions of dollars in protection after the UN threatened to lower the reef's World Heritage listing.

Although the measures were believed to have slowed down the rate of decline, much of the world's largest coral reef system was already damaged.

Recent research has shown that bleaching has affected 98% of the reef's corals since 1998. Only a small fraction remains unaffected.

The Great Barrier Reef, the largest living structure visible from space, was added to the list for its "superlative natural beauty and extensive biodiversity" in 1981.

However, the list can be updated or downgraded upon U.N. recommendation.

Although placement on the "in danger" list is not considered a sanction, some countries have their sites added in order to attract international attention. Others see it as a dinosaur.

1 European fears of nuclear war stoke the demand for... 2 H.R. McMaster on U.S. handling Ukraine crisis - "The... 3 After facing resistance, Russia withdraws from the... 4 Only 24% of cyber workers are women. CISA is determined... 5 After-school programs are left empty because of understaffing 6 4 shots in downtown Austin during the final weekend... 7 McConnell: "vast majority of Republicans"... 8 Austin promises "significant reaction" to... 9 Arkansas car show shooting leaves at least 1 dead... 10 Who is Ketanji Jackson? 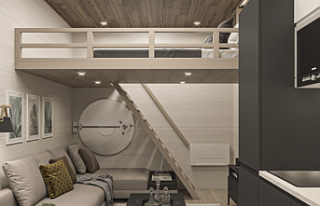 European fears of nuclear war stoke the demand for...