THE HAGUE (Netherlands) -- Thursday's ruling by the Dutch king ruled out the use of the royal family's "Golden Carriage" for the time being. One side bears a painting critics claim glorifies the Netherlands colonial past and its role in the global slave trading. 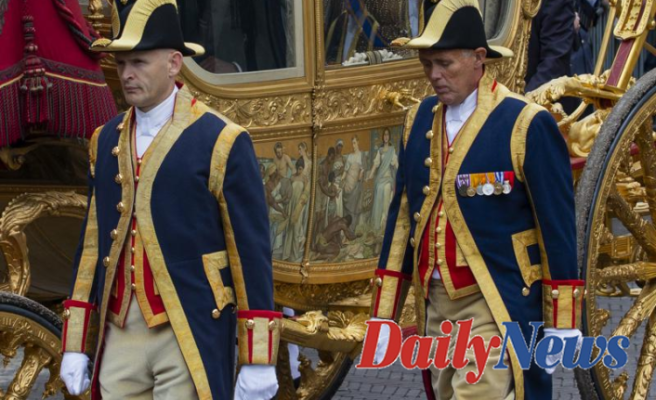 As the Netherlands acknowledges the heated debate over the carriage, the announcement was a recognition of those dark sides of its colonial past as a superpower in 17th-century Europe. This included Dutch merchants who made huge fortunes selling slaves.

The vehicle's side is decorated with "Tribute to the Colonies", a painting that depicts Black and Asian people offering goods to a young, white woman. This symbolises the Netherlands.

After a long restoration, the carriage is now on display at an Amsterdam museum. It was used in the past to transport Dutch monarchs from The Hague to the opening of the State Parliament every September.

The king stated that it was futile to condemn and disqualify what had happened in the context of our times. "Banning historical symbols and objects is not the solution. A concerted effort that is deeper and more sustained is what is needed. A concerted effort to unify us rather than divide us.

Mitchell Esajas is an anti-racism activist who co-founded The Black Archives in Amsterdam. He called the statement of the King "a good sign" but also said that it was the minimum the monarch could have said.

He said, "He claims that the past should not been viewed from the perspective and value of the present... and I think this's a fallacy because in the historical context slavery could be seen as both a crime against mankind and a violent system." "I believe that argument is often used to sort of gloss over the violent past of it.

The Netherlands, like many other countries, is reexamining its colonial past in a process that was sparked by the Black Lives Matter movement, which swept the globe after the death Black man George Floyd in America.

The Rijksmuseum, the nation's national museum, hosted a major exhibition last year that examined the country's involvement in slavery trade. Amsterdam Mayor Femke Halesema apologised for the large participation of the Dutch capital's ex-governors in the trade.

Halsema stated that she wanted to "grave the great injustices of colonial slavery in our city's identity."

1 French teachers strike over pandemic response 2 In war-stricken Gaza, rubble brings both opportunity... 3 Lionel Richie will be awarded the Gershwin Prize in... 4 Secret Story 2: The House of Secrets, Live | Today... 5 Fernando Iron, of a discreet marriage of 28 years... 6 Operation 'save Boris' 7 'Sapiens' Modern already lived in the current Ethiopia... 8 Urdangarin returns to the new normality: family plans,... 9 Fortnite returns to the iPhone and iPad, although... 10 The Páramo, an opera premium of 8 million viewers... 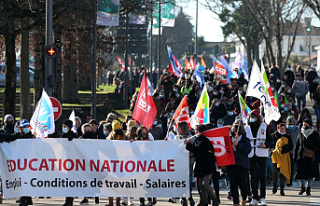