Ethiopia is now generating electricity using the controversial mega-dam being constructed on the Blue Nile. 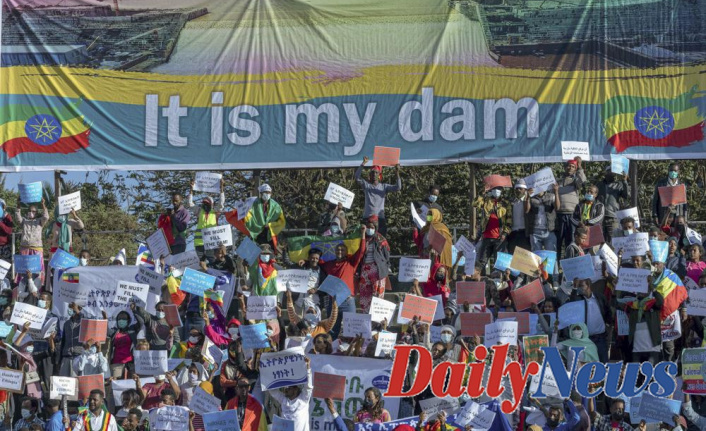 The landmark was achieved Sunday morning by one of the 13 turbines at the Grand Ethiopian Renaissance Dam that started power generation. This event was officiated and attended by Prime Minister Abiy Ahmad.

Abiy stated, "From now on there will be no stopping Ethiopia."

Upon completion, the dam will be Africa's biggest hydroelectric dam.

Kifle Horo is the dam's project manager. He stated that "we just started generating electricity, but that does not mean the project has been completed." It will take between two- and three years to complete.

The dam will generate 6,500 megawatts of power and has caused tensions between Ethiopia, Sudan, and Egypt. Ethiopia has completed two dam fillings, but it is not clear how fast the dam will be filled or what amount of water will be released during drought periods.

Egypt is concerned that the dam's quick filling will decrease its share of Nile waters. In case of dispute, it seeks a binding legal arrangement.

In a short statement Sunday, the Foreign Ministry of Egypt stated that Ethiopia's actions were another violation of the 2015 agreement of principles. It did not elaborate.

Abiy however stated that the dam would also benefit Sudan and Egypt.

"We want to export our polluting electricity to Europe via Sudan and Egypt. So cooperation is the best way forward. He stated that Ethiopia does not want or intend to harm any other country.

Ethiopia claims that the $4.2 billion dam will allow it to supply power to its more than 110 million inhabitants.

In an attempt to resolve the impasse, several rounds of talks were held.

Construction of the dam began in 2011, but the completion date was not reached due to embezzlement and design flaws.

1 UN court hearings resume in Rohingya genocide case 2 Canada's protests are now under control, but... 3 UK: COVID sufferers in England don't have to... 4 Leak provides details about over 30,000 Credit Suisse... 5 Body and survivor found on a burning ferry off a Greek... 6 Despite growing fears, calm prevails at the border... 7 Modi's 'grain bowl votes' will be tested... 8 Burkina Faso Award-winner promises to continue defending... 9 Zelenskyy of Ukraine calls upon Putin to meet with... 10 The 1st Supreme Court Justice: What it's like... 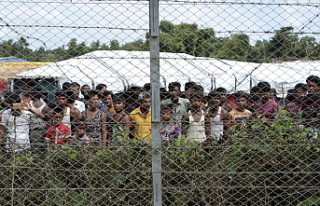