Global climate protest by activists, condemning the war in Ukraine

Friday's protest was the 10th in a series by climate activists around the world. Some linked their environmental message with calls to end the conflict in Ukraine . 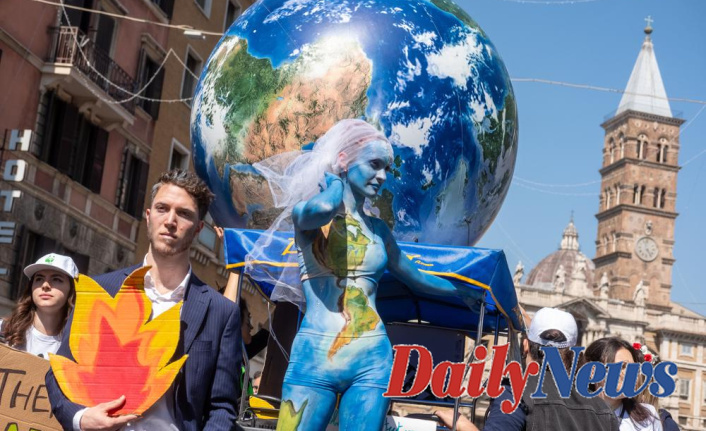 Inspirated by Greta Thunberg (Swedish activist), Fridays for Future called for demonstrations in all directions, including Europe and the United States.

Others carried a banner that read "G-20, Stop funding our extinction." This was in reference to the fact the Group of 20 largest developed and emerging economies account for around 80% of global greenhouse gases emissions. The next summit of the group will be held in Indonesia this fall.

Protesters in Rome carried an inflatable globe and banner that read "Make school, NOT war" through the streets.

Around 300 protests were planned by Germany which has received approximately 250,000 Ukrainian refugees over the past month.

Many thousands of mostly young people marched with Ukraine's yellow-and-blue national flag through Berlin's government district to reach the Brandenburg Gate, long a symbol for the Cold War division between East & West.

Two young Russian activists spoke at the Berlin rally. They denounced the government's actions against Ukraine.

Polina Oleinikova stated that there are many Russians who oppose (Russian President Vladimir Putin), and they don't support what Putin is doing.

She said, "It's very scary and we are afraid. But we still (do) our activism because it is very important." We won't stop doing it because we believe it is right.

Arshak Makichyan, a climate activist, said that the war in Ukraine as well as the West's sanctions on Russia were having a devastating impact on Russia's economy.

He said that "everything we had is falling apart" and added that he hoped Putin would resign so that he could be brought to trial.

Ilyess El Cortbi, a 25 year-old Russian activist who helped to set up Fridays For Future Ukraine, was proud of his fellow activists from Russia.

He told the AP that they were doing their best, and that they are trying to do the right thing. "Even though their regime is authoritarian, really repressive, they continue to stand with us against Putin."

El Kortbi managed to flee his home just before the Russian advance reached Kharkiv. He appealed to Germany to stop buying fossil fuels made in Russia.

He stated that the war in Ukraine could be stopped at any time. "The EU, and particularly Germany, just need to stop funding this."

Many Germans marched in dismay at the fact that their country was paying millions of dollars (or euros) per day to purchase fossil fuels that help Moscow's war chest, while the Earth is being damaged by the burning of oil, coal, and gas.

Clara Duvigneau from Berlin, a student, said that "We are here today because peace and climate justice go together."

She stated that Germany should invest in renewable energy and not seek out alternative sources of petroleum and gas, such as from the Gulf or the United States.

Duvigneau stated, "We want the energy transformation to happen as soon as possible."

A few hundred young people marched from the Pantheon on Left Bank to the Bastille plaza, in Paris.

Signs reading "Wake up" were displayed with a drawing showing a burning Earth. They called on French presidential candidates and accused TotalEnergies, a French oil company, of helping Putin to stay in Russia.

Demonstrators marched toward the U.S. Capitol from Washington, D.C., after gathering in Lafayette Square, just across the White House.

A few hundred young people turned up with signs and placards. One of the most prominent was one that said, "Fossil Fuels Fund War." Green energy now."

Sophia Geiger, 19, a Fridays for Future activist, stated that she would like President Joe Biden declare a national crisis of climate -- an repeated demand made by environmental groups since Biden's election.

Geiger, who has taken a year off her education to devote herself to climate action, stated, "Even though [he] acknowledges that this is a crise, he doesn't act like it." 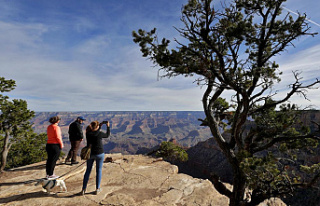