Most Africans did not accept Tutu’s advocacy for LGBTQ rights.

Desmond Tutu's passionate advocacy for LGBTQ people and his fight for racial equality are two of his most enduring achievements. The South African archbishop's campaign against homosexuality had little impact on the rest of Africa where same-sex marriage is still illegal and many countries criminalize gay sexual sex. 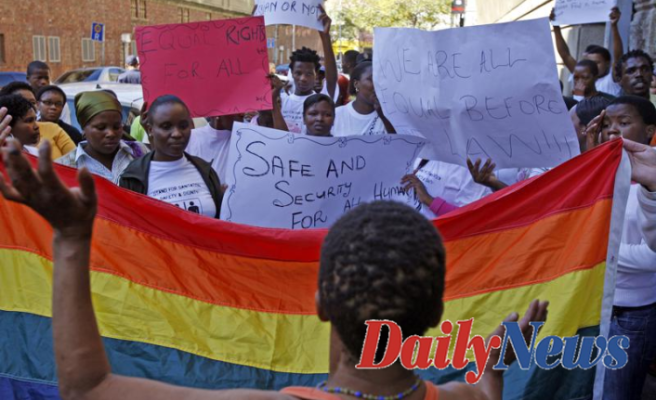 His own Anglican Communion denomination has not supported LGBTQ rights across the continent. For example, leaders of Ghana's Anglican Church have joined other religious leaders in supporting a bill that would place prison sentences on those who identify as LGBTQ and support this community.

According to Yvonne Wamari, a Kenya-based researcher from Outright Action International, a global LGBTQ rights organization, many African religious leaders had rejected Tutu's LGBTQ positions before his death Sunday.

Wamari stated via email that "most of them are reluctant to offer their contrary views because they fear reprisal and backlash for failing to conform with 'African Values'." "Homophobia and transphobia will continue to be a part our lives as long as religious leaders refuse to see the Bible through the lens of love for everyone, like Tutu did.

More than 30 countries in Africa still ban homosexual activity. A few states, however, have death sentences for those who engage in it. Many LGBTQ Africans face stigmatization and abuse. They are often homeless, unemployed, and separated from their families.

Stephen Brown, a professor at University of Ottawa's School of Political Studies described Tutu to be "a moral giant", who held firm to his convictions, including support for LGBTQ people, no matter how controversial or risky.

Robert Mugabe, the oppressive leader of Zimbabwe at the time, mocked Tutu in 2013.

Mugabe said at a rally that Tutu should just resign because he supports homosexuals, which is an evil."

Tutu also made one of his most memorable remarks about LGBTQ inclusion that year.

He said, "I wouldn't worship a God homophobic." "I wouldn't go to a homophobic heaven." "No, I would rather say, "Sorry, but I prefer the other place."

South Africa is Africa's only country to have legalized same-sex marriage. It also has a constitution that protects against antiLGBTQ discrimination. But violence against LGBTQ people is still a common problem.

According to activist Saya Pierce Jones, Tutu remained true to his beliefs throughout his life.

Daniel Jay, a medical professional, stated that Tutu's support of LGBTQ people was crucial to South Africa's decision not to charge for HIV drugs.

Jay stated, "I love him to pieces."

Botswana's Court of Appeal unanimously upheld last month a 2019 ruling which decriminalized consensual sexual activities. Gay sex was previously outlawed, and offenders could spend up to seven years behind bars. In recent years, a few African countries have also decriminalized homosexual relationships, including Angola and Mozambique.

The largest Pride celebration held in Namibia by the LGBTQ community was held Nov. 27, and lasted for a week in Windhoek. Some marchers called for the repeal of an anti-sodomy law in Namibia that is still on the books, but it was not enforced.

The 2021 Mr. Louw Breytenbach, a South African Gay World pageant winner, was the parade's grand maral. Later, he posted a tribute on Facebook to Tutu: "RIP To one of the greatest humans to ever walk this Earth!" He is a champion for human rights. An advocate for gay rights.

Anti-LGBTQ violence remains a constant threat in many African countries.

One prominent LGBTQ activist in Tunisia claimed that two men in police uniform beat and kicked him in an October assault. They said it was punishment for trying to file complaints against officers regarding previous mistreatment. Badr Baabou was left with severe welts and bruises as president of the Tunisian Association for Justice and Equality.

According to Human Rights Watch, last month, a Cameroon mob sexually assaulted and beat a 27-year old intersex victim. The attackers posted videos of the long-running attack on social media.

Supporters of LGBTQ-rights are examining Senegal's government and Ghana's.

Senegal's 13 opposition legislators introduced a bill to increase penalties for homosexuality. The bill would double the maximum sentence to 10 year. The governing coalition members of parliament say that such a measure would be unnecessary as homosexual acts are already illegal.

Ghana's parliament continues to work on a bill which has been condemned by LGBTQ rights supporters both in Ghana and elsewhere. The bill, among other things, seeks to criminalize funding and promotion of LGBTQ activities and disseminating information regarding LGBTQ people.

He said that many African preachers harbor a lot hate, prejudice, and disgust for the LGBTQ community.

The controversy surrounding the Ghana bill has brought to light the problems facing the global Anglican Communion. It has adopted LGBTQ-friendly positions that are not supported by many Anglican leaders in Africa.

Justin Welby (the Church of England's archbishop of Canterbury, and the symbol head of Anglicans around the world) stated in October that he was "gravely worried" about the bill. He said that he would discuss the Anglican Church of Ghana’s response with the archbishop of Ghana.

He reminded Ghana's Anglican leaders by issuing a statement reminding them that the global Anglican body had committed itself against anti-LGBTQ discrimination as well as the criminalization and prosecution of same-sex activities.

Welby later apologized to the Ghanaian Church for not speaking to him before issuing his statement.

He said, "I don't have any authority over the Church of Ghana and I wouldn't want any."

He issued another ambivalent statement a few days later, referring to ongoing private conversations that would be "useless or dangerous" if made public.

The Rev. Susan Russell, who works at All Saints Episcopal Church Pasadena in California, recalls Tutu's 2005 visit to the church. This was shortly after Gene Robinson, New Hampshire's first openly gay bishop, was ordained. A controversy that still plagues the Anglican Communion.

She remembered that Tutu spoke about how all people are embraced and loved by God.

She said, "When you are struggling at the margins and the powers seem galvanizing against your, and you have Desmond Tutu by your side, almost everything seems possible."

1 Russia: Another human rights group is shut down by... 2 In Hong Kong, 2021: How democracy was destroyed 3 WHO: Global COVID cases rose 11% last week, high omicron... 4 China pursues tech ‘self-reliance,’ fueling global... 5 China's stereotypes of Asians are the target... 6 Wall Street stocks are barely higher, thanks to tech... 7 Despite defense buildup, Japan’s arms industry struggles 8 China asks the US to defend its space station from... 9 Russia fears that US warships remain in the Mediterranean,... 10 White House, Jan. 6 committee agree to shield some... 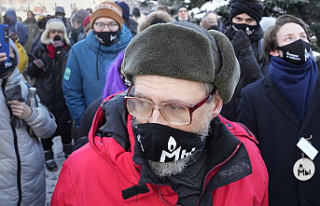 Russia: Another human rights group is shut down by...