The United States announced Monday that it considered the violent repression in Myanmar of the Rohingya ethnic group, which is largely Muslim, a genocide. Rohingya refugees from Bangladesh have welcomed the announcement. 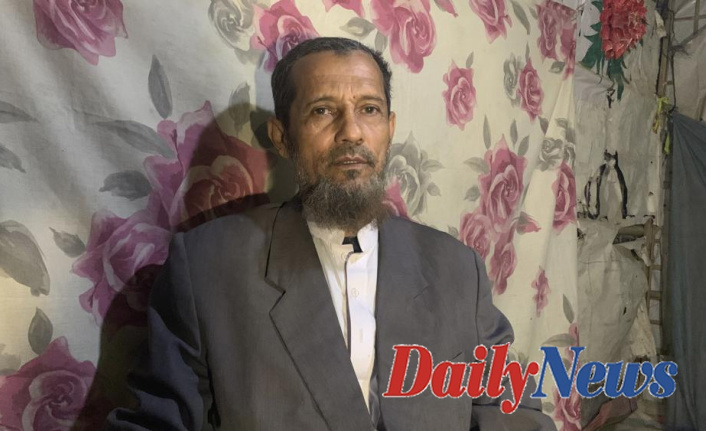 The military government of Myanmar, already sued by the International Court of Justice for genocide, has stated that it rejects the U.S. statement.

Many residents were excited when the announcement of U.S Secretary of State Antony Blinken reached the sprawling camps of Cox's Bazar district, which now house about 1 million Rohingya.

Sala Uddin, a 60-year-old Kutupalong resident, said that she was happy about the declaration of genocide.

He said, "It's been 60 years since 1962 that the Myanmar government tortured us and many other communities, including Rohingya." The declaration has provided an opportunity for the international community to take action against Myanmar.

Monday's decision by the U.S. to label the repression genocide was based on evidence of mass atrocities committed on civilians in Myanmar's military campaign against Rohingya. Blinken made this statement in a speech at U.S. Holocaust Memorial Museum.

Director of the Centre for Genocide Studies, University of Dhaka Imtiaz Ahmad said that the declaration was a "positive step" but that it was important to see what actions or "concrete steps" were taken.

"Just stating that genocide was committed in Myanmar against Rohingya is not enough. Ahmed stated, "I think we should see what would happen from that statement."

He stated that it was too soon to know how the new development would affect the recognition of Rohingya refugees. They have been denied citizenship in Myanmar for many years and fundamental questions remain about when and how they will return to Myanmar.

He said that the U.S. could impose harsh economic sanctions on Myanmar. He also said that it was equally important to determine if the U.S. would be interested in supporting The Hague's International Court of Justice, where Myanmar faces a Gambia-led trial.

Since the February 2021 military coup that toppled Myanmar's democratically elected government, multiple layers of U.S. sanction have been placed on Myanmar's government. As part of the ongoing repression against anyone who opposes the ruling junta, thousands of civilians have been killed or imprisoned throughout Myanmar.

More than 1 million Rohingya refugees are currently being held in Bangladesh. Since August 2017, more than 700,000 Rohingya fled Myanmar (a Buddhist-majority) to seek refuge in Bangladesh. The military launched an operation to expel them from the country after rebels attacked.

The Prime Minister of Bangladesh Sheikh Hasina stated repeatedly that the only solution to the crisis is their repatriation from Myanmar, but that the government wouldn't force them to leave Bangladesh.

The first official response to the U.S. actions was by the foreign ministry of Myanmar's military regime. Tuesday night's statement claimed that Blinken's declaration was politically motivated, and that it amounted interference in Myanmar's internal affairs.

The statement of Myanmar's main opposition group the National Unity Government said that it was happy to hear Washington's announcement. This group was created by lawmakers who were not permitted to take their seats after the army overtook the elected government of Aung San Suu Kyi.

"The NUG acknowledges the discriminatory practices against the Rohingya and rhetoric against them also laid the foundation for these atrocities," stated a statement issued by Duwa Lashi, the acting president of the group. "The military's leadership enjoys impunity which has allowed them to direct countrywide crimes at helm of an illegal army junta."

It stated that justice and accountability must be followed by this determination.