Emmanuel Macron, the French President, has joined the growing international concern about the military coup in Sudan. 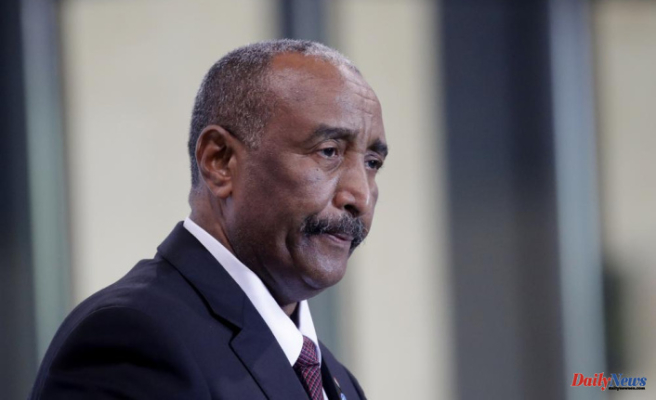 Here's WHAT ELSE IS HAPPENING.

CAIRO -- The United States claims that the leaders of the military coup in Sudan are undermining democracy's transition and should "stand down."

On Monday, the U.S. Embassy in Sudan stated via Twitter that it was "gravely worried" about Sudan's top general declaring a state-of- emergency and dissolving the ruling body jointly overseen civilian and military leaders. The embassy called on all actors that are hindering Sudan's transition to stop and allows the civilian-led transitional government continue its important work towards achieving the revolution's goals.

This is a reference to the mass demonstrations that overthrew Omar al-Bashir, the long-serving autocrat, in 2019 and established a ruling council to guide the country towards democratic elections.

Jeffrey Feltman, the U.S. Special Representative for the Horn of Africa, stated earlier Monday that Washington was "deeply alarm" by the events and warned of a military coup that could threaten American aid to Sudan.

CAIRO -- The Norwegian Refugee Council appealed to Sudan's rulers for protection of civilians during the military takeover. They requested unimpeded humanitarian access to aid millions of refugees who fled war-torn countries over the years.

Will Carter, the director of an aid group for Sudan, stated Monday that any changes in Sudan's political leadership shouldn't jeopardize previous promises to ensure humanitarian organizations are able to assist the 13,000,000 people who urgently need aid across Sudan, which includes millions of displaced Sudanese.

"Sudan's leaders have the collective opportunity and responsibility for breaking from a difficult history," said the statement, exhorting "not to abandon Sudanese people in this hour"

Sudan's top general declared an emergency and disbanded the ruling council, which had been guiding the country towards democratic elections.

Omar al-Bashir, a long-serving autocrat, was overthrown amid massive protests in 2019. In 2019, aid organisations struggled to reach the country's most vulnerable people in war-stricken regions like Darfur, where rebels sometimes controlled food access.

BEIJING -- China has called for dialogue between Sudanese factions in an apparent military coup that is plaguing the country.

Wang Wenbin, spokesperson for the Foreign Ministry, stated Monday that China wants all parties in Sudan to "resolve their differences through dialog so as to preserve peace and stability in the country."

He stated to reporters that China would continue to monitor the turmoil in Sudan and take the necessary steps to protect Chinese personnel and institutions.

China is both a permanent member and major investor in Africa.

Sudan's fragile path towards democracy was thrown into uncertainty by the arrests of Omar al-Bashir, Sudan's interim prime Minister, and other officials on Monday. China was Sudan's largest trading partner and key international partner during al-Bashir’s brutal rule, despite claims of his government's human right abuses.

CAIRO – The Organization of Islamic Cooperation, based in Saudi Arabia, expressed concern about the possible coup in Sudan during a fragile transition towards democracy.

The state-run Saudi Press Agency released a statement Monday urging Sudanese leaders "to abide by the constitution document and what was agreed upon during the transition period."

This statement comes as the international community expresses concern over the arrest of Sudan’s interim prime minister, and other high-ranking officials. Their location was not immediately known.

Fears of a military coup have gripped Sudan two years after mass protests overthrew Omar al-Bashir (an autocrat who ruled Sudan with iron fists for three decades), and thousands of Sudanese protesters have taken to the streets.

Jiddah is the Saudi Arabian base of OIC, which includes 57 nations.

BERLIN -- Germany demanded an immediate halt in the apparent military coup in Sudan.

Heiko Mass, German Foreign Minister, condemned the attempt to take over the country in vast east Africa and called the news "disconcerting."

He said that "this attempted coup must be stopped immediately" and urged "all those responsible for security and order in Sudan to continue peaceful political transition in Sudan towards democracy."

Monday's statement was just one of many from other countries that expressed concern over the arrest of Sudan’s interim prime Minister and other high-ranking officials. Their location was not immediately known.

Fears of a military coup have gripped the country after thousands of protestors from Sudan have flooded the streets two years ago. This was the aftermath of mass protests that ousted Omar al-Bashir (an autocrat who ruled Sudan with iron fists for over three decades). Sudan has been in a fragile transition towards democracy since 2019.

CAIRO -- The United Nations Mission to Sudan issued an emphatic repudiation of what it called an ongoing coup attempt to undermine the fragile democratic transition in northeast Africa.

Before dawn Monday, the first reports of a possible military coup began to trickle out of Sudan. The information ministry confirmed that Abdalla Hamdok had been taken into custody and taken to an undisclosed place. The ministry also confirmed that several senior government officials were detained in a Facebook posting. Their whereabouts were not known, it said.

"The detentions reported of the prime minister, government officials, and politicians are unacceptable," stated the newly formed U.N. diplomatic mission. It has the mandate to support the country's transition political and human rights.

The mission urged Sudan's security forces to immediately release all unlawfully held or placed under house arrest and called for "extreme restraint" from all parties.

Diplomats joined the chorus of concern about the events in Sudan on Monday. Sudanese security officials were held in undisclosed places by Sudanese forces, and protestors poured into the streets two years after massive demonstrations to overthrow Omar al-Bashir.

CAIRO -- The Arab League released a statement of concern about the possible military coup in Sudan.

Ahmed Aboul Gheit (Secretary-General of the 22-member bloc) urged all parties to adhere to the August 2019 constitutional declaration. This was meant to facilitate a transition to civilian rule, democratic elections, and the end of Omar al-Bashir's long-term autocratic reign.

After Sudan's military arrested the interim prime minister and other Cabinet officials, Aboul Gheit stated that "there are no problems that can't be solved without dialogue." Protesters poured into Khartoum's streets.

The statement stated that it was important to honor all agreements and decisions made. It also recommended that we refrain from taking any steps that could disrupt the transitional period or shake stability in Sudan.

CAIRO -- The European Union joined the United States in expressing concern over a possible military coup in Sudan.

Josep Borrell, EU chief for foreign affairs, tweeted Monday that he was following developments in northeast Africa with "utmost concern" after reports that Sudanese military forces detained several high-ranking officials of the government, including the interim prime minster.

"The EU calls all stakeholders and regional partner to return to the transition process," Borrell wrote. Borrell was referring to Sudan's fragile transition between autocracy and democracy following the ouster Omar al-Bashir, the long-serving ruler.

Earlier, U.S. Special Representative for the Horn of Africa Jeffrey Feltman stated that Washington was "deeply alarm" and suggested that a military coup could threaten American aid to the poor country. 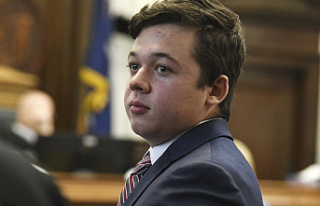