Tutu's legacy is not settled by this tense exchange

Desmond Tutu was asking for an apology. Not from the leader of South Africa’s racist white government but from a fellow titan in the anti-apartheid struggle. 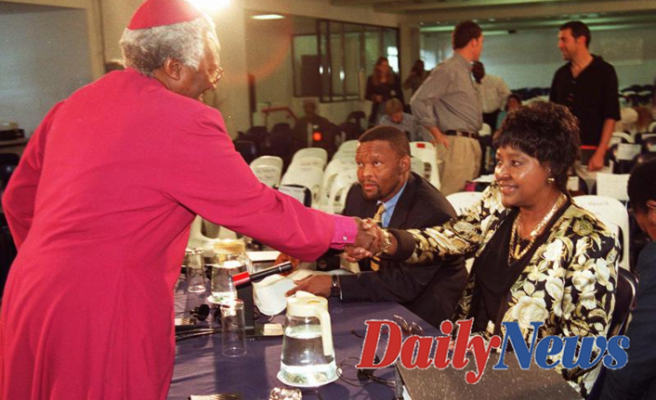 Tutu begged Winnie Madikizela to help him at the 1997 Truth and Reconciliation Commission hearing. This was during his mission to expose apartheid's abuses. Madikizela Mandela's connections to the Mandela United Football Club were the subject of the panel. Their vigilantism, involvement in kidnapping, and murders shocked the local community as well as other senior leaders from the resistance to white supremacy.

"You're a great person. You don't know how much your greatness would increase if you said: Sorry, things went wrong. Forgive me .'''

Tutu said, "I beg," one more time, staring straight at the woman Tutu had previously described as an "incredible example" for those who resist white dominance.

Some Black South Africans still find it offensive that Tutu treated Madikizela Mandela in an agonizing encounter. Later, she called it a stunt and lashed out at Tutu, the former Cape Town archbishop who was also a Nobel laureate, in a documentary which aired just before her 2018 death.

It is a reminder of the fact that Tutu, who was eulogized worldwide this week as the conscience South Africa and the world, died Dec. 26, 2011, and had been hailed by many for his ability to manage the anger and recrimination that ravaged a nation.

It also speaks to the Truth and Reconciliation Commission, which is perhaps the most elusive part of Tutu’s remarkable legacy. As a way of healing the country following the 1994 end of apartheid, it solicited the most heartbreaking testimonials from victims and perpetrators. It also offered the possibility of amnesty for anyone who admitted to human rights violations or showed remorse.

Its work was not completed. Many felt that there was little accountability, and that the promised healing did not occur.

"South Africa's younger generation (post-'94 generation) has criticised Tutu for his work on the commission. They said he was a sellout and not tough enough. That is unfair," stated William Gumede who was on the Commission staff and is now Chairman of Democracy Works Foundation. This non-profit group promotes democracy in Southern Africa.

Gumede stated that the commission was part of a "negotiated compromis" and that Tutu was not responsible to its "limited remit". He stated that successive African National Congress governments failed to implement its recommendations and failed to address the country's deep-rooted problems, including inequality.

This commission exemplifies Tutu’s unrelenting vision of truth, wherever it may lie, delivering freedom. It is important to say sorry, forgive without forgetting, and choose reconciliation over retribution as the best path forward. He hoped that the abusers would be able to give back something to the victim and their victims.

However, the commission left dissatisfied people from both sides of conflict, Tutu admitted in the 1998 report to President Nelson Mandela. Madikizela Mandela was Tutu's ex-husband. After nearly 40 years of marriage, Mandela spent most of it in apartheid prisons. The couple split in 1996.

Tutu stated that there were some who believed we should follow the post-1942 example and bring those guilty of gross violations to trial, just like the Allies did at Nuremberg. "In South Africa, we had a military deadlock, that was clearly impossible."

He also wrote that forgetting the past was impossible. Tutu was referring to Chilean playwright Ariel Dorfman’s "Death and the Maiden," where a woman seeks confession from her rapist to restore her dignity and identity.

The commission saw their work as only a beginning point on the long journey to Tutu’s beloved "rainbow nation." However, it suggested that some cases be referred for criminal prosecution. The reparations initiative was a failure.

Madikizela-Mandela was also jailed, harassed, and exiled to a remote location by white-led security force. She was often a controversial figure, and supporters considered her to be a true revolutionary -- the "mother-of-the nation", who would not, in their opinion, "sell out to" a reconciliation policy that allowed most apartheid enforcers to avoid punishment.

The Truth and Reconciliation Commission interviewed Madikizela Mandela about the gang over nine days in 1997. Although she offered a general apology, "I am saying that it is true, things went horribly sour" -- she denied any specific allegations. Later, the commission found her "politically as well as morally responsible" for violations of human rights.

Madikizela Mandela, a filmmaker who made "Winnie", stated that she was "seething with anger" during the hearings.

She said, referring specifically to Tutu, "To this day I ask God for forgiveness for me not forgiving him." "I didn't intend to apologize as if apartheid had been my fault." "I mean, how dare you... really?"

Two historical figures who were allies in the same battle but seem to be enemies after it.

Gumede stated that in the 1980s, Winnie (and Tutu) were the biggest leaders of anti-apartheid movements. It was a violent period and Winnie was involved in the campaign to make the towns ungovernable. That was done through violence. Tutu was, however, a man of nonviolence."

1 Children being sold by their parents shows the desperation... 2 As wildfires in Colorado ravage hundreds of homes,... 3 Many hope for better in 2022, but New Year's... 4 Are there any COVID-19 home tests that can detect... 5 Live updates: Pakistan achieves goal of vaccinating... 6 Colorado Governor reduces trucker's sentence... 7 Maxwell jury deliberations are behind the waiting... 8 Record-breaking numbers of children in the US are... 9 What next for Ghislaine Maxiwell after a guilty verdict? 10 Putin warns of a rupture over Ukraine, Biden talks... 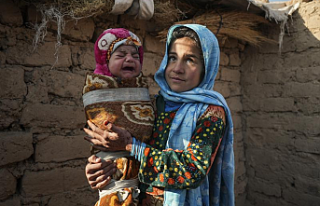 Children being sold by their parents shows the desperation...