To the horror of doctors working there, the Taliban-appointed administrator of a small district health center outside Kabul has big plans. 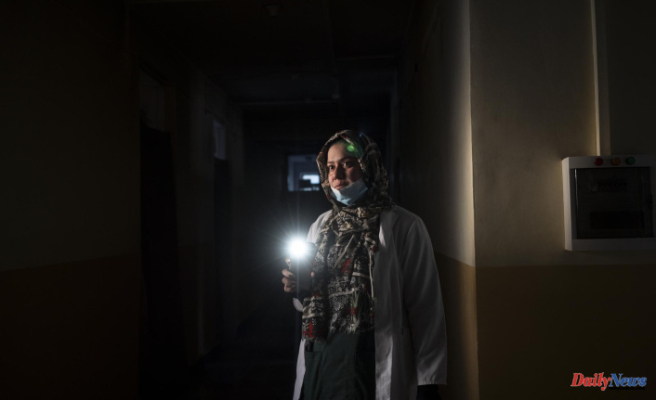 Mohammed Javid Ahmadi (22 years old) was asked by his superiors to describe the types of jobs that he could pursue after returning from war. There were positions available in a variety of ministries and institutions that are now under Taliban control after their August takeover of power and the fall of the previous government.

Ahmadi had always wanted to become a doctor. But poverty prevented him from getting into medical school. He decided to work in the health sector. He was soon responsible for the Mirbacha Kot district, just outside Kabul.

He stated that "if someone has more experience it would be great, but unfortunately if someone like that gets this job, you'll soon see that he might have been a thief, or corrupt," which highlights a persistent problem with the former government.

Ahmadi takes his job seriously but Ahmadi and the other 20-bed staff rarely see eye to eye. Due to severe shortages in medicine, fuel, and food, doctors are requesting overdue salaries payments. Ahmadi has one priority: to build a mosque in the hospital, to segregate employees by gender, and to encourage them to pray. He tells them that the rest will come as God wills.

Since the Taliban takeover, Mirbacha Kot has been the scene of drama. Health workers have had to adjust to the new power structure. All the problems that existed before the Taliban's rise were magnified.

In compliance with international sanctions, the U.S. immediately frozen Afghan assets in American accounts. This crippled Afghanistan's banking system. The international monetary institutions that had once funded 75% state expenditures stopped disbursements and precipitated an economic crisis in this aid-dependent country.

The health situation is gravely affected. According to Abdulbari Umer, Taliban's Deputy Health Minister, 2,330 of Afghanistan's 3,800 hospitals were funded by the World Bank, which also included the salaries of health workers.

Before the collapse of government, wages had not been paid for several months.

"This is our biggest challenge. Umer said that there was no money when we arrived. "There are no salaries for staff, food or fuel for ambulances or other machines. We tried to find medicine from Qatar, Bahrain Saudi Arabia, Saudi Arabia, Pakistan but it is not enough.

Mirbacha Kot doctors are not paid for five months.

Staff from six neighboring districts continue to care for up to 400 patients per day, despite being discouraged. Some are suffering from general ailments or heart conditions. Others bring sick babies.

"What can we do?" There is no other job if we don't want it. We wouldn't be able to get a job if there were another one. It's better for us to stay here," stated Dr. Gul Nazar.

Ahmadi goes out every morning to make his rounds. Ahmadi's small frame is highlighted by a black turban. This contrasts with the multitude of white coats that rush into the facility to tend patients.

The registration book is the first order of business for the day. Ahmadi demands that every doctor sign in and out. Ahmadi is furious that this formality is not something most health workers can remember.

The mosque is the second.

Ahmadi gives orders to workers who come to the hospital to measure for the project.

He said, "We are Muslims and we have 32 employees, and we need a mosque for them."

He added that there are many benefits. As the hospital is short of extra beds, relatives can stay over with patients, and they can also sleep in the mosque. He said, "And this is the most important thing."

She too hasn't been paid for months and complains about medicine shortages in maternity ward. Expectant mothers are not provided with pain medication. Only analgesics and some antibiotics are available at the pharmacy. She asked if this is the right time to build a mosque.

Ahmadi stated that it was the responsibility for non-governmental organizations, to resume their aid programs in order to fund these shortages. Local donations will provide the money needed to build the mosque.

Other sweeping changes were brought about by his arrival. Separate wards were designated for men and women. The emergency room is not allowed to be used by female doctors. Ahmadi directed them to cover their heads and concentrate on female patients.

Doctors advise patients to seek out medications elsewhere, and then return to their doctor. Ibrahimi stated that Ahmadi examines her prescriptions often.

He said, "He's not a doctor, and we don't understand why he's here. We ask ourselves this constantly."

Ahmadi, however, is quick to point out the deep-rooted corruption at the hospital that Ahmadi claims was perpetrated by the former administrator of the hospital. He is his predecessor from the previous government.

He stated that he was shocked to discover a warehouse full of stolen furniture, medical equipment and other goods. These items were to be sold on the market for his personal profit. He couldn't prove that this was the intent of the administrator.

He views his job as ensuring that this never happens again. This is in keeping with the larger goals of the Taliban for the country.

Patients are often angry at doctors, and most can't afford life-saving medicine. Ibrahimi stated, "All of them fight for us."

The hospital allows you to receive a medical education that is unlike anything you could get growing up in poverty.

He claimed that he learned to give injections and to prescribe basic pharmaceuticals in the last two months. He claimed that this is why he examines Ibrahimi's prescriptions.

He proudly stated that he knew the names of different medicines for various conditions. He said that he was there to administer painkillers after a car accident.

Ahmadi dreams of becoming a doctor and hopes, just like his health workers, that the money will come through. 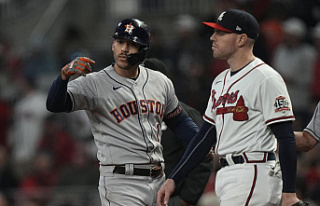