US pushes unity on Ukraine ahead of key Russia meetings

nth issued joint and individual messages advising Russian President Vladimir Putin that his country will face “massive consequences” and “severe costs” if he goes ahead with further military intervention in Ukraine. 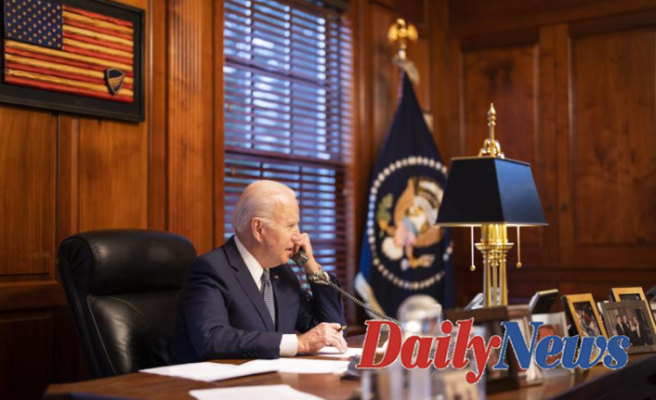 Yet the severity of the response hinges largely on Germany, Europe’s biggest economy and a diplomatic heavyweight within the 27-nation European Union. Potential actions — be they economic, diplomatic or political — will top the agenda in talks in Washington on Wednesday between Secretary of State Antony Blinken and new German Foreign Minister Annalena Baerbock.

The Blinken-Baerbock meeting will follow a telephone call last week between President Joe Biden and Putin, a conversation Sunday between Biden and Ukrainian President Volodymyr Zelenskyy, and a group discussion Tuesday among Biden’s national security adviser Jake Sullivan and his counterparts from the five Nordic nations.
It will precede a flurry of meetings involving NATO foreign ministers, senior U.S. and Russian officials, the NATO-Russia Council and the Organization for Security and Cooperation in Europe set for next week.

Baerbock, the top diplomat in the first German government in 16 years not headed by Angela Merkel, has struck a tougher tone on Russia than her predecessor. She has warned that Moscow will pay a “high political and economic price” if it makes any militaristic moves against Ukraine.

Ahead of her trip to Washington, Baerbock underlined the importance of the trans-Atlantic alliance and its basis in common values and respecting international law. She said Germany is “determined to act together to defend the peaceful order in Europe,” with particular attention to Russia.

“With regard to Russia, the common message of the European and American governments is clear. Russian actions come with a clear price tag (and) the only way out of the crisis is through dialogue,” she said.

“We have made this very clear time and again to the Russian government in recent days and weeks,” she said. “We’re now going into a decisive phase, in which there will be important talks at various levels. And even though the formats of the talks vary, our message as trans-Atlantic partners to the government in Moscow is always the same.”

Western officials have hinted at any number of economically crippling sanctions that could be imposed should Russia act. Those include near total cutoff from the international financial system and steps toward greater NATO integration with non-allied European nations.

As the Biden administration moves to build international consensus around a set of possible punitive measures, Germany is clearly the linchpin. Securing its support will be key to both messaging and implementation of whatever is decided.

Germany’s business ties with Russia could provide leverage, but they could also prove a hindrance for forging a united front toward Moscow. Despite strong criticism from the U.S., the center-left government of new Chancellor Olaf Scholz hasn’t shown itself willing to block the start of natural gas deliveries through a newly built pipeline linking Russia and Germany — a move that would hurt both countries.

Germany has adopted a less confrontational stance toward Russia compared with many other European nations. Under Merkel, it persuaded the Biden administration last year not to impose sanctions on the company building the Nord Stream 2 pipeline that many believe will leave Europe beholden to Russia for energy and Ukraine more vulnerable.

Nord Stream 2 is a topic of major concern in Washington and Congress is expected to take up two bills related to it and other Russia sanctions next week, just as the meetings in Europe are happening. A GOP bill would automatically impose Nord Stream sanctions, while a Democratic version would impose a wider range of penalties on Russia should it invade Ukraine.

Both Democratic and Republican lawmakers in Washington have blamed Nord Stream 2 for increasing Russia’s leverage over Germany and limiting what Berlin would be willing to do in response to a new invasion. Germany, like much of the European Union, is heavily reliant on Russian natural gas.

“In order for sanctions to be effective, they have to be effective in the dollar and the euro,” said Rep. Mike Waltz, a Republican from Florida who visited Ukraine in December along with other U.S. lawmakers.

The new pipeline is “giving Putin a checkmate over Western Europe” and limiting Germany’s engagement on sanctions and other preemptive measures that lawmakers from both parties want, Waltz said.

“I don’t see how they trade their energy security for taking a strong stand for Ukraine, and it puts Ukrainians and it puts Eastern Europeans, our allies, and NATO for that matter in a very precarious position,” he said.

Rep. Seth Moulton, a Massachusetts Democrat who also joined the lawmakers’ trip to Ukraine, said he believed the U.S. might be able to supply energy to Germany if it is cut off from importing Russian gas.

“My sense is Germany is waking up to this,” Moulton said. “They are starting to realize how serious this threat is and the leverage that Putin has potentially over them and other countries in Western Europe.”

1 In Israel, omicron drives records, zigzag policy,... 2 The fascinating story of Petronila, the queen that... 3 Moncloa resigns himself to keep Alberto Garzón, who... 4 The meat industry asks for explanations to Sánchez... 5 Rain of chips at the CES 6 Overwhelming unanimity against Garzón: ranchers,... 7 The Prosecutor's Office is opposed to prohibiting... 8 Moncloa rejects reporting the trips of Pedro Sánchez... 9 Djokovic resorts the cancellation of its visa and... 10 Felipe VI will exalt military work against the Covid... 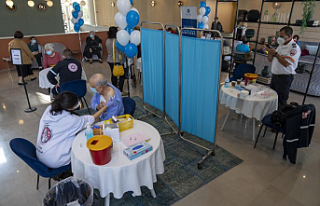