Why buy an update for the new generations of a video game that came out in 2019 and whose title does not convince its creator, Hideo Kojima? Because visually 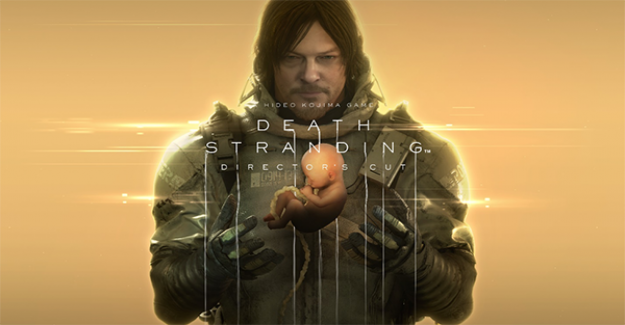 Why buy an update for the new generations of a video game that came out in 2019 and whose title does not convince its creator, Hideo Kojima? Because visually the change is appreciated, because it includes all the extra content that was added in its subsequent release in PC plus new content such as weapons, new playable areas, mini-games and because if you did not play it at the time, this edition is the perfect reason ; But let's go by parts.

First, Kojima. This Death Stranding: Director's Cut has received so much mime by the creator of him (remember that it is the first title launched by his own study, Kojima Productions) that he has even personally edited the launch trailer. Of course, taking advantage of the immense number of followers that he has on Twitter he has explained as the title does not convince him, since it is not an additional assembly as in the cinema, but has additional content.

By very visionary, Kojima would never have imagined that, a few months after throwing a game about a world in which a cataclysm has pushed people to live confined, in which the only ones capable of uniting people from New are parcel services, the real world was to imitate your idea. 'Life imitates art', they say.

In short, that would be the synthesis of the game, which must be added that the border between living and dead seems to have almost disappeared, the sentimental narratives on each character, its past and its present, some fighting and walks, many walks. By snow, by mountains and valleys, by rock formations with clear Icelandic inspiration, by swamps and beaches. The argument has not changed with respect to the 2019 review, yes the extras and aid that will make the trip Death Stranding a rather than more accessible walk.

Does this version contain enough alienities for a player who has already completed his previous version? The one that signs these lines, adding almost 150 hours of steep-walked trips, quiet drivers by asphalted areas, dreamy and dark worlds set in the world wars and that of Vietnam, Norman Reedus and Mads Mikkelsen, whom I would gladly dedicate a couple of paragraphs, since the proceedings of known faces are one of the strengths of the game.

Death Stranding was therapeutic during the confinement, while it seemed that the world came down, spending the hours leading a truck loaded with packages, by an incredible landscape and with a luxury soundtrack, it became the biggest distraction. This title does not have an online mode to use, something that has not changed in the Director's Cut version, which has improved is the interpretation itself that makes the title of the connection and cooperation between players.

If you play with Internet connection, as in the first version, when it comes to building roads, the materials you had to collect were less because they appeared in the structure those who were depositing other players. You were also finding in the middle of the way vehicles, generators, stairs, shelters, bridges and other structures built by other users, which you can use, allowing a crowd of I like its owner. These I like can go upstairs to the protagonist, Sam Porter.

Added are classifying tables of missions and an improvement in social interaction with other users, to feel closer and contribute even more into those shared constructions. Of course, if you decide to play offline, you will have to take care of building many generators, bridges and structures, making the game more complicated and also lonely. Since players can also put different signs on the map to warn others about dangers or simply give encouragement, something that you will not see offline.

The new functions with which PlayStation 5 counts have been used quite positively in this review. For example, the Hostic Command, which we have tried in all situations, being repatriated, during the fights, in the rain, walking through the snow, falling down an icy hillside and even during the film of the protagonist. Because Kojima has had the detail of making you feel in your own hands when Sam Porter needs him. Even when he uses sitting the bathroom from the private room, an advertising poster with Normal Reedus appears on a motorcycle and you can noticed as he posted the exhaust pipe, very subtle.

The adaptive triggers are another of those things that are worth trying. Its main function was to balance porter's weight when he went with the backpack up packages. This time tilting the load to one side or towards another will cost you more, since, depending on the resistance and load, the triggers will offer more or less resistance.

Likewise, the SSD of the console causes the loading times to be almost non-existent, making moments that became tedious as the leaves of map, whether they are almost automatic. In addition, the game takes advantage of the 3D audio of PS5, thanks to Tempest technology, converting the game into an atmospheric experience.

As with other titles of this new generation, Death Stranding: Director's Cut gives choosing between performance or graphics. In addition, it allows a performance mode in 4K scaling with up to 60 FPS or native 4K fidelity mode, both with HDR support. If you are one of those who still upset by black frames that look at PS5 if you play with an Ultrawide screen, this game brings a small trick. It allows adapting the screen to an ultrapanoramic 16: 9, yes, you will have to activate a zoom in the monitor settings to make the frames disappear, but the appter is perfect.

Another of the strengths is that you do not have to start from scratch if you missed your original version for many hours. You can transfer game and even will skip the corresponding achievements in this version. Of course, the game is not transferred automatically if you have the items saved in the console or in the PlayStation cloud. Kojima likes you to curres it and that everything has something of manual coherence. You will have to start game in the original version of PS4, open the menu and press on a system and select the option to export saved data. Remember that if you have orders to complete (packets that deliver), complete them before migration or will be canceled.

Then start the PS5 version, select Use previous and ready game data. As this version raises a series of modifications that improve the general experience t expand it, if you really want to enjoy a new experience, it is best to start from the beginning.

It is very hard to cross half a map, going through areas with mules, something like stems, which will try to get what you have over, and ghostly meetings with stranded enthes, EV, who will play many noses to the protagonist (and therefore, to Player) In addition to spoiling a good part of the load. Therefore, this version includes a series of improvements that will help you make these deliveries more comfortably without childishing the gameplay to the point of doing it closed.

The MASER pistol is a new non-lethal weapon that stuns the robophystequets with an electric shock. While the support exoskeleton reduces the weight of the heavy load and increases the speed of movement of Sam Porter. In Fragile jumps, the interface has been changed when choosing the basis to travel, being more visual with points scattered on the map. Also Porter may add something similar to a Jet-Pack to solve great heights and some other fall.

A shooting range has also been added, which you can find in the terminal of each delivery point, to be able to practice with the different gaming weapons and be able to compete with other users to see who makes the best time. A competitive way that also makes an appearance on the race track. A new buildable structure (which is next to the declive farm), where you can compete in different sections of the circuit with vehicles already known as motorcycles or trucks, plus one new, the convertible.

As for the structures that will facilitate transportation to Sam Porter, cargo catapult is the great novelty. With it, it will allow sending the load over long distances, thus avoiding conflicting areas with mules or EVS. Also in this update, SAM will have jump ramps to cross great distances with the vehicles (allowing you to make some pirouettes) and chiral bridges. A structure that covers a greater distance than normal bridges that do not need a solid base. Even if you keep in mind that with rain or snow disappear, you do not catch a shower while you cross one.

Another addition is the stabilizer, which is loaded from a pluma the challenge of having to hold the load using the triggers to prevent SAM from eating by soils, something perhaps if it can subtract some essence to the title.

The ruined factory is a new area that you will have to explore the purest Metal Gear style, pulling stealth. As for additional aid, Sam Porter will be able to have a Buddy Bot that will not only charge the heaviest and will continue to continue as far as you go (as long as you are connected to the chiral network), you can also get on and make you take you to the destination of Nearest delivery or the base that is closer. You can also direct it to go autonomously at a specific basis.

Both the backpack, and the suit and the BB can now be customized with a multitude of different colors, including those that came in special editions such as gold or silver, being able to put your bb to match the suit. Aesthetic improvements for SAM related to Cyberpunk 2077 and Half-Life with which the PC version has already counted.

In addition, there will be new missions, some of which will allow you to unlock the functionalities we have been quoting. Also, it will reveal a very important data about one of the characters of the videogame.

If you are a fan of the work of Hideo Kojima, you do not need almost any argument to buy this update and if you are a new player, it is more than advisable to enjoy the new generation version. The Missions tracking system and chores is as chaotic as always, through emails that are marked as read and that you probably never remember if you did that mission or not. There are also no accountants to know the objects that you have manufactured and those who do not, something important since an achievement depends on it.

Even so, since the title can be extended between about 10 or 20 hours, trying all new things and completing new orders, the price of the update is quite worth it.

1 Carlos Marín de 'Il Divo', harassed sexually and... 2 Ana de Armas, the star that always returns to Cuba... 3 Is the coronavirus delta worse for children? 4 Florida school district gets cash over mask vote 5 Harry and Meghan visit NYC landmarks, including the... 6 Met Season to Open with First-ever Opera by a Black... 7 The US's unemployment claims rose from a near-pandemic... 8 Floods, books and kids: The highlights of the German... 9 Many immigrants remain in the USA despite rising expulsion... 10 The Mideast is in chaos, but the rest of the world...