Departure of the balloon, a previously unseen Victor Hugo, flew to 37.500 euros

A previously unseen Victor Hugo, Departure of the balloon, was sold for 37.500 euros Wednesday in Paris, double its high estimate (18,000 euros), announced the 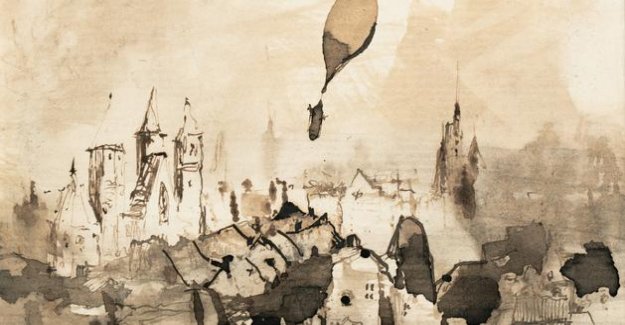 A previously unseen Victor Hugo, Departure of the balloon, was sold for 37.500 euros Wednesday in Paris, double its high estimate (18,000 euros), announced the auction house Sotheby s. This beautiful drawing of the author of les Misérables, was also a talented designer, shows a balloon with a gondola that rises above the roofs and steeples of Paris, in the colors of the milky. It is a witness to the war of 1870 and the period very humiliating of the siege of Paris by the Prussians. Departure of the balloon is a tribute to the balloon used during the siege to communicate out of the city. Among the 67 which arose in 1870 and 1871, one of the 26 September 1870 was carrying tracts written by Victor Hugo, which were dropped over enemy lines.

read also : Auction: a drawing by Saint-Exupéry does not find a buyer

The photographer Nadar had asked Hugo if another ball, October 18, 1870, could be baptized in his name : "I ask nothing better than to climb to heaven with you!", he had answered the poet.

read also : Nadar says his passions in Le Figaro : in 1865 the aeronautical

The ball Victor Hugo rose from the garden of the Tuileries with cries of "long Live the Republic". He was carrying the mail. Hugo kept the invitation of Nadar that he put on his diaries, after having torn off the envelope, the stamp, which represented Napoleon III, he dubbed contemptuously "Napoleon the Small".

This lot has been sold during the last phase of the dispersion that began in 2011 of a large collection of literary R. & B. L., consisting of more than sixty years. The auction took place online from the 11th of June, organised by Sotheby's in association with Binoche and Giquello. This last part of the books and autographs of the Nineteenth and Twentieth centuries paid homage to the French literature. The drawing never will be included in the catalogue raisonné of the drawings of Victor Hugo.

The editorial team conseilleVictor Hugo, the confined GuerneseyInspiré by Victor Hugo, Didier Barbelivien written a pamphlet against the gouvernementCollection Prat at the Petit Palais: the design in its most beautiful étatsAucun comment

1 Funds of the european recovery : Brussels is hoping... 2 Dispute about the rescue package: The oomph of the... 3 Corona outbreak in Tönnies: health is set for profits... 4 Series about Catherine the Great: What a amazing madness 5 France wants to relocate the entire production chain... 6 Murder of Walter Lübcke: court wants to show the... 7 Action against the PKK and HDP: The double Offensive... 8 Uighurs: Trump under sanctions signed law against... 9 United Nations: Norway and Ireland in the UN security... 10 Lilies before the duel with Arminia: No party guests... 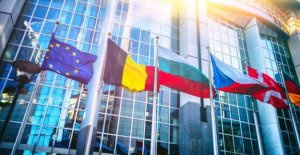 Funds of the european recovery : Brussels is hoping...