Night of violence in Pamplona in the eviction of bottles and agglomerations in the center: 11 detainees and eight injured police 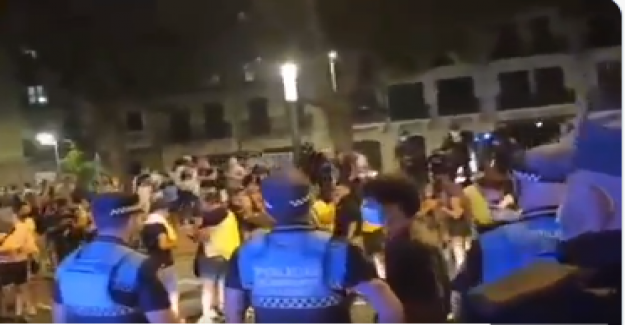 Eleven people have been detained is passed overnight in Pamplona and eight municipal policemen have injured results in violent incidents that occurred in the old town. The police patrols have had to evict several areas of the old part of the city and there have been releases of all kinds of objects to the agents. A policeman has received the direct impact of a stone.

The incidents have taken place between 1 and 4 o'clock in the morning in the old town of Pamplona. Street San Gregorio has been evicted twice as of 1 due to the massification, the inconvenience to citizenship and even some people were climbing the balconies of the lowest homes, as reported by the Municipal Police.

A first eviction has elapsed without remarkable incidents. But in the second, a group of people has released bottles and various objects to the police, which has entailed the arrest of two people, one of them minor.

Subsequently, by 3 o'clock it has been necessary to intervene in the area of the file by agglomeration of some 500 people, with the consequent discomfort throughout the neighborhood and the excessive volume of music, the police continued. When police troops have descended from vehicles, stones and bottles have been thrown.

In the police operative they have participated, in addition to the municipal police of Pamplona, the Police Forum and also the National Police, which had to reinforce the operation.

From the Municipal Police ODAC group, the corresponding proceedings before the judicial authority will be processed by these facts.

1 Axel Springer buys the political environment Political 2 Is it mandatory to record the mortgage with the Bank's... 3 Pressure to Marlaska to prevent the day of the hate... 4 Cristiano Ronaldo says goodbye to Juventus and negotiates... 5 Germany takes out Spain from the list of high-risk... 6 Close of Alitalia: What should the passengers affected... 7 Spain gives for fulfilled the mission in Afghanistan... 8 The police deck the economic mobile at the death of... 9 Fed could reduce monthly shopping for year-end bonuses,... 10 The government opens with the SMI the autumn more... 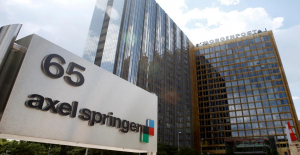