Svetlana Krivonogij, the voluptuous cleaner and 'friend' of Putin that became rich at night in the morning

In the turbulent Russia of the 90s no one noticed a beautiful and voluptuous cleaner who, almost overnight, became rich. Svetlana Krivonogij was born in 1975 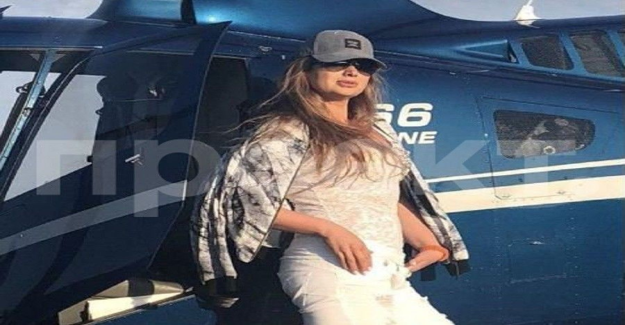 In the turbulent Russia of the 90s no one noticed a beautiful and voluptuous cleaner who, almost overnight, became rich. Svetlana Krivonogij was born in 1975 and grew up in a communal apartment of the central area of Gorojovaya, in St. Petersburg, which was then called Leningrad. She had started from zero in the city after emigrating from provinces: her mother, from the Yaroslavl region; And her father, from Saratov. Life was not easy although there were more unfortunate families: Mom earned her life painting houses and dad drank too much and died young.

They had an apartment on Dzerzhinsky street, baptized in honor of the creator of the Cheka, the precursor secret police of the KGB, the security body where Vladimir Putin began to work the year in which Svetlana was born.

The protagonist of this story began economically but do not remember having seen it in graduation. She cleaned houses, took care of her mother and over time she left less social traces and more financial tracks. At the end of the 90s in the neighborhood, they already counted that both women had a rich benefactor, someone from the government of the city. In 2000 she acquired actions in several companies at a time, also in Bank Rossiya, where she had found work shortly before.

His luck was increasing. In September 2003, a secret transaction was carried out. The location was a dream: Monaco. The property, an exclusive neighbor of a luxurious casino. It has two parking spaces, a storage room and the use of a pool at the Monte Carlo Star complex. The apartment changed hands in silence when a local notary signed the deal. The purchase price: 3.6 million euros. From the Svetlana balcony I could contemplate the impressive Marina of Monaco, with its yachts tied under the sun.

The mysterious woman, of which there are only a few photos, lived in anonymity until last year. The Russian digital publication Proekt says it was the current president of Russia who had a romance with Svetlana before reaching the presidency. And that both had a girl. The Kremlin denied knowing anything about the story within a few hours of spreading the investigation. There were no explanations, but there were consequences. This year the means of research that the revelations had made was declared "undesirable organization" by the Russian authorities. Now PROEKT researchers are prohibited from working in Russia under the threat of prison. But from abroad they have continued to investigate. Suptely, the relationship of Putin (which also comes from Leningrad) with Krivonogij began in the 1990s. The medium does not have conclusive evidence of almost anything. He claims to have seen a birth certificate where Svetlana's girl is identified as "daughter of Vladimir" thanks to the Russian patronymic, a kind of second name that accompanies the name of her and that she becomes depending on her father. But Vladimir is one of Russia's most popular names. The researchers have found shipping records that show that, at least on one occasion, both traveled in consecutive rows on the same San Petersburg-Moscow flight. That chance occurred when Putin was still head of the FSB intelligence service, successor of the KGB. Then he would be a prime minister and from there he would go to the presidency of the country. His career of him had begun precisely at the City Council of St. Petersburg.dos Sources, who do not appear identified in the investigation, say that Svetlana was close friend of Putin but do not give more data. Another factor: the girl, who has recently fulfilled 18 years, resembles the president. The purchase of the property in Monaco was carried out shortly after Svetlana gave birth. Now the two are again in the candlestick because of the investigation of Pandora's roles, which involves some 600 media journalists from around the world and is based on a filtration of 11 million documents from 14 financial services companies. The archives were filtered into the International Consortium of Research Journalists and published on Sunday. Putin is not named directly, but some of him are related to him with these assets in Monaco. The spokesman of the Kremlin, Dimitri Peskov, criticized filtrations on Monday as "a set of stateless affirmations without foundation".

1 Carla Bruni suspends her only concert in Spain for... 2 The fortune of Pau Gasol: 200 million in salaries,... 3 Pau Gasol is withdrawn: Who is Catherine McDonnell,... 4 Gloria Camila demands her sister Rocío Carrasco,... 5 The expected return from Malú: I had a lot of desire... 6 Susanna Griso, the ex-husband of Cayetana Álvarez... 7 This is how Alejandro Ruiz, the 'Bill Gates' Marbellí... 8 Volcano in La Palma, last hour live | They increase... 9 Anticipate the civic march for change in Cuba to avoid... 10 5 Steps in a Birth Injury Lawsuit Carla Bruni suspends her only concert in Spain for...