The Senate of Brazil accuses Bolsonaro from ten crimes in the management of the pandemic: Human Beings were used as guinea pigs

After almost six months of work, the Open Special Commission at the Senate of Brazil to investigate the management of the pandemic reached a demolished conclusi After almost six months of work, the Open Special Commission at the Senate of Brazil to investigate the management of the pandemic reached a demolished conclusion: President Jair Bolsonaro must be charged with ten crimes: "Epidemic with a result of death, infringement of Sanitary measure, incitement to crime, falsification of document, irregular use of public funds, prevarication, crimes against humanity, crimes of responsibility, violation of social law and incompatibility with the decorum of the position ". There are no precedents of something like this in Brazil's recent history.

When opening the session for the final reading of the report, the President of the Commission, Senator Omar Aziz, warned: "No citizen is above the law, and that is worth for President Jair Bolsonaro. It will be investigated because there is very large evidence Against him (...) committed many crimes and will pay for them. " The report attributes to Bolsoonaro a part of guilt for the more than 600,000 Brazilians who lost their lives during the pandemic, by defending from the beginning the thesis of herd immunity, stimulating the infection of the population, always advised by a parallel bundent ', with advice away from scientific criteria.

According to the Senators, the most serious accusation, that of crime against humanity, is held by the repeated defense that Bolsonaro did all this time of medicines that did not have efficiency against the Covid-19. "Human beings were used as guinea pigs," regretted the author of the text, Senator Renan Calheiros. Especially mentioned the dramatic case of the city of Manaus, where hundreds died due to lack of oxygen in hospitals, while the only thing the government did before the shortage alerts was to send tons of chloroquine, an absolutely useless medication. The report also cites serious omissions in the specific case of indigenous peoples, but at the end the accusation of genocide was eliminated from the final drafting, due to lack of consensus among senators.

Negligence when buying vaccines is one of the central points of the report. Pfizer offered Brazil in August 2020 a total of 70 million doses, but the government ignored the offer repeatedly. Up to 11 laboratory emails were unanswered. In the end, the agreement with the company was signed in March of this year. If there had been more interest, at the end of 2020 Brazil it had already begun to vaccinate. It is also remembered that at first Bolsonaro he vetoed the purchase of 46 million vaccines from the Sinovac Chinese laboratory, while broadcasting doubts about the effectiveness and safety of the immunizer. Paradoxically, he ended up being the most used at the beginning of the vaccination campaign, thanks to the governor of São Paulo, João Doria, took the lead.

The scandal of vaccines does not end there: Bolsonaro would also have committed a crime of prevarication, for not having taken any measure when an official alerted him that there was a corruption scheme within the Ministry of Health to divert money with the purchase of vials. Suddenly, there was a lot of interest in buying the Indian covaxin vaccine, even though it was more expensive and was not approved by the regulatory agency. The interest is explained because an intermediary company in that purchase had connections with important politicians. The government was ninguished the main laboratories of the world while giving wings to opaque companies with which to be able to do dark business.

The 1,180 pages of the report do not leave puppet with a head. In total, 66 people and two companies are accused, including four ministers, two former ministers and the three children of Bolsonaro involved in politics: Flávio, Eduardo, and Carlos, accused of forming the "Command Center" of 'Fake News 'Related to the pandemic. They are accused of a crime of incitement to crime.

The text will vote next week. Once approved, it will be delivered to the Attorney General of the Republic, which with all the evidence will decide if there is a basis for submitting a formal complaint against the President. The most serious accusations against Bolsoonaro will be derived to the International Criminal Court of The Hague.

The criminal consequences for the president are quite diffuse, at least while he is in office and remains apparent. By political route, the report could serve to open a 'impeachment' process, although it is unlikely, given that Bolsonaro still maintains supports in the Chamber of Deputies. In addition, there is only timeby time, given that elections are in less than a year. Precisely, the main effect of the Commission is electoral, since it carries out the president further to the elections of 2022.

1 They find the body of a decapitated man in his grandchild's... 2 Yabusele, the 120 kilos of dancer who amazed Real... 3 20 years of love, a daughter in common, a large family... 4 We can and the partners of Pedro Sánchez refuse to... 5 Rajoy reproaches Pedro Sánchez that 'whitache' to... 6 Íñigo Errejón Redobla his alliance with the European... 7 Villarejo says now that he met with Mariano Rajoy... 8 Large feeding brands prepare imminent price increases 9 The Government will allocate 30 million to help the... 10 Moscow asks the Taliban an integrating government 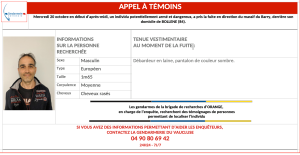 They find the body of a decapitated man in his grandchild's...