The european car market is expected to register in 2020, a historic fall of 25% due to the health crisis, announced on Tuesday that the builders in a press rele 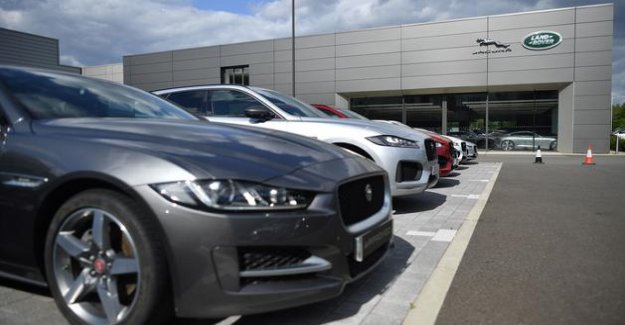 The european car market is expected to register in 2020, a historic fall of 25% due to the health crisis, announced on Tuesday that the builders in a press release. Registrations of new cars in the european Union (outside Uk) are expected to increase from 12.8 million units in 2019 at 9.6 million this year, according to the Association of european automobile manufacturers (ACEA).

read also : The european car market has fallen from 56.8% in may

It will be the first decline in the european market after six consecutive years of growth. If a decline was already anticipated in the beginning of the year, its scope has been dramatically increased due to the pandemic of Covid-19, which has paralyzed the commerce and the automotive plants in the spring. At the end of January, the ACEA, which includes 16 manufacturers active in Europe, was forecasting a moderate decline of -2%.

At the end of may, the european car market was down by 41.5 per cent compared to the first five months of last year. The forecast for 2020 "represents the lowest volume of sales of new cars since 2013, a low point which had been reached after six years of decline in the wake of the financial crisis of 2008-09", but as a percentage this fall is "the strongest ever faced by the automotive sector in Europe," said the ACEA.

The organization, which includes 16 manufacturers active in Europe, took the opportunity to call to the aid the european governments. "We call on the political and economic support necessary - both at the level of the european Union and member States - to limit the damage to output and employment," said Eric-Mark Huitema, director-general of the ACEA, as quoted in the press release.

read also : Automotive: the State has launched an appeal to manufacturers who want to modernize

To boost sales, manufacturers are hoping to include the implementation of the scrappage bonus scheme for the old vehicles scrapped, and the bonus of the purchase, in the countries that have not yet done so. Germany, Spain and France have already adopted plans for using massive, targeting the vehicles that are less polluting in the framework of a "green stimulus". The German government, for example, has doubled aid to the purchase of electric vehicles, from 3,000 to 6,000 euros, while support for the French have been extended to the plug-in hybrid vehicles.

The editorial team conseilleVirus: one in six jobs in danger in the automotive sector britanniqueQuelle car electrified for the new year?1 commentairePhoto73le 23/06/2020 13:36

if all the world command an electric car, the manufacturers will be able to provide ? As for the masks it would be necessary to prevent asian manufacturers to accelerate the pace. There will be queues at the terminals, it is longer than to fill a reservoir, to load even partially, by a battery. 20 minutes or more ?
The electric vehicles will be able to ride at 130 on the highway ? 0 CO2, logically yes. Not ? Damage. :-)

1 Automotive: the State has launched an appeal to manufacturers... 2 Warning to Brazil: investors call for the end of the... 3 Prior to the annual General meeting: the hooks of... 4 Education report: The digital learning success depends... 5 Further intensification is possible: Washington takes... 6 Riots in Stuttgart: Many of the suspects were drunk 7 Trial begins: man is said to have killed former girlfriend... 8 Announcement from Bosch: A Coronavirus Test in under... 9 Loss for 2020 is expected to: Messe Frankfurt thinks... 10 Merkel on women in the profession: parity is the goal 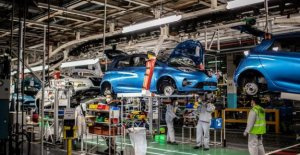 Automotive: the State has launched an appeal to manufacturers...