The cabinet bill has been written, but not all questions have been clarified yet. 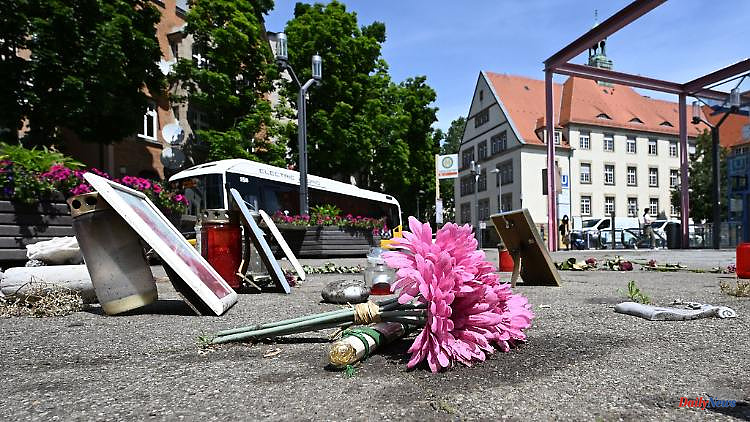 The cabinet bill has been written, but not all questions have been clarified yet. The Ministry of the Interior is committed to knife-free zones in Baden-Württemberg. One city is already showing great interest.

Stuttgart (dpa / lsw) - A 22-year-old is ambushed in broad daylight in Stuttgart, beaten and killed with a knife. Flowers, pictures and candles at the crime scene are still reminiscent of the young man who died suddenly last October. Fatal knife attacks like this are not uncommon: a knife is involved in every second case of murder or manslaughter in the southwest. According to the Interior Ministry, 24 people did not survive last year.

The department of Minister Thomas Strobl (CDU) wants to make such acts more difficult and make it easier for municipalities to take action against knife attacks. The current situation: violent crime involving knives has decreased. With around 1,500 cases, it fell by around 10 percent in 2021 compared to the previous year - to a five-year low. 1,000 cases related to serious/dangerous bodily harm, followed by robbery or extortion (340), murder and manslaughter (141) and crimes against sexual self-determination (18).

In order for this development to continue, the ministry wants to allow municipalities to set up knife-free zones. The term knife also includes bayonets, butterfly knives, daggers and household/kitchen knives. According to the German Police Union, the well-known Swiss Army Knife is still allowed. "One can say a little exaggerated: The knife that you can use to sharpen a stick when barbecuing is permitted," explains country manager Ralf Kusterer.

The cabinet proposal for a corresponding ordinance is being voted on by the ministries. A spokesman for Strobl does not want to give details yet. He points out that the plan announced by Green-Black in the coalition agreement to create low-threshold opportunities for municipal gun ban zones will be realized.

For trade unionists Kusterer, the measure is one of many to increase security in public spaces. According to the Ministry of the Interior, around 40 percent of all aggression crimes - bodily harm, dangerous bodily harm and robbery - happen on streets and squares.

Much has to be clarified with the new regulation, as a spokesman for the Ministry of the Interior said. For example, "How can a person bring home a kitchen knife bought from a downtown store without violating a ban?" Further questions: What conditions must be met to justify such a zone? And when should the bans apply - every day, only on weekends or at certain times?

The city of Stuttgart is showing great interest in the novelty. In order to prevent serious crimes with a knife, it should be forbidden to carry knives with a fixed or lockable blade of more than four centimeters. The city assumes that it can also order bans in places where there are particularly large numbers of people - not just in crime hotspots. Mayor Frank Nopper (CDU) is eagerly awaiting the green light from the ministry. According to him, bans should apply in the areas of Kleiner Schlossplatz, Schlossplatz, Schlossgarten and Stadtgarten.

The city is reacting to the riot night in June 2020 with this and other measures such as more video surveillance. "During checks, we are increasingly finding that knives are being carried along," says the Stuttgart Vice President of the Police, Markus Eisenbraun. And there is also a willingness to use them. A violation of the ban can be punished with up to 10,000 euros. The Stuttgart municipal council will decide on the geographical and temporal scope of a knife ban.

For other cities like Mannheim and Freiburg, which also had to deal with aggressive behavior in public spaces, a knife ban is currently not an issue. The head of the Mannheim police union, Thomas Mohr, sees it differently: "I'm in favor of a knife-free zone where our clientele moves." Knife attacks are "everyday business" for the officials.

The Association of Cities considers a ban for narrowly defined areas to be appropriate under certain conditions. However, it must be interlinked with other measures.

Hamburg was the first federal state to introduce no-gun zones in 2007 - on the Reeperbahn. The Hanseatic police draw a positive balance. Weapons and dangerous objects such as knives could be taken out of circulation. "Every single one of these items is one too many," it said.

1 Haaland puts together the double pack: Ronaldo's... 2 Warriors Strike Back: "Breathtaking" Curry... 3 Orientated to premium manufacturers: Kia Sportage... 4 Bavaria: Motorcyclist crashes into guardrail and dies 5 Bavaria: The roadside becomes a paradise for insects... 6 Bavaria: storm causes trees to fall: cleared beer... 7 Bavaria: Survey: Every sixth company threatened 8 Bavaria: Motorcyclist crashes into a caravan and dies 9 Bavaria: 1.2 million shooting irons: one weapon for... 10 Nadal trembles for his career: the king for whom there... 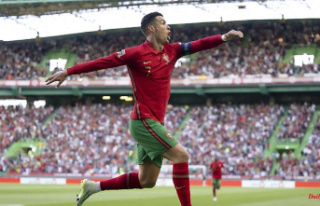