For homeowners in an upscale neighborhood in Blaine, pink ribbons looped around trees now portend trouble.Last month, the ribbons popped up in the wooded area behind their homes, which hug the western edge of a wetland sanctuary. Then, trees started falling.The...

For homeowners in an upscale neighborhood in Blaine, pink ribbons looped around trees now portend trouble.

Last month, the ribbons popped up in the wooded area behind their homes, which hug the western edge of a wetland sanctuary. Then, trees started falling.

The ribbons marked trees to be left standing, with the others cleared out as part of wetland restoration work in 192 acres of city land. City officials admit they aren’t sure how many trees they took down, but some residents estimate it was at least 1,000.

Neighbors say they weren’t warned before the cutting began. It’s a communications misstep that led to a heated community meeting and has prompted apologies from several city council members, who say the scope and location of the cutting also took them by surprise.

“All of us were just stunned,” Council Member Julie Jeppson said. “None of us knew what was going on.”

City leaders have called for the cutting to stop and say there will be no more tree culling. The city may also consider some replanting, said Mayor Tom Ryan. CARLOS GONZALEZ, Star Tribune “We can’t get straight answers,” resident Janice Dunstan said.

“We will do what we can to make it right,” Ryan said.

Neighbors say they’re mourning the loss of the trees, which provided a privacy buffer and a likely boost to property values. Some add that they never would have bought their lots had they known the wooded view wasn’t permanent.

“We feel so disrespected,” said Daniel Cheng, who has lived along 117th Lane NE since 2011. “It’s unbelievable that they didn’t consider the residents.”

Recent tension over the restoration work marks pushback to an otherwise lauded initiative to preserve open space in a city booming with development. The trees grew in an area that’s part of a 500-acre swath known as the Blaine Wetland Sanctuary, located west of Lexington Avenue and north of 109th Avenue. The site is a key piece of the city’s open space management plan.

Restoring the wetland involves removing invasive species that crowd out native plants, some of which are endangered or threatened. Clearing out certain trees will help promote the growth of plant rarities such as the twisted yellow-eyed grass and lance-leaved violet.

“This is a very unique area and a rare opportunity,” said Jim Hafner, Blaine’s stormwater manager and the staff liaison for the city’s Natural Resources Conservation Board. “It’s not that we’re creating something new. We’re restoring what has always been there.”

Blaine is spending about $1.3 million on wetland restoration projects. The current project is being paid for through its open space and trails fund, which is financed by park dedication fees from developers. The city also plans to install a raised boardwalk in the coming months, as well as begin construction on a parking lot this spring. Eventually, a nature center will anchor the area, Hafner said.

City staff say the wetland restoration could generate money for Blaine through wetland credits approved by the state, which can be bought by property owners who remove or develop wetlands elsewhere. The current project could result in as much as $7 million in the coming years, depending on building and market trends, Hafner said.

Dozens of residents voiced concerns about the project at a community meeting this month. Many said they should have been told about tree removals so near their properties.

City staff said the timeline for the clearing hinged on taking advantage of frozen ground after the necessary permits came through.

Anoka County Commissioner Robyn West, whose district includes much of Blaine, attended the meeting as well.

“Why would you not discuss this with the neighbors? It’s a travesty,” West said in an interview. “My heart is so broken for them.”

Residents also objected to plans for a maintenance access point to be put in the neighborhood.

Janice Dunstan worries about her newly exposed backyard. Dunstan said she moved to the neighborhood in 2012 because of its sylvan privacy.

“None of us are saying that we shouldn’t be restoring the wetland,” said Dunstan, adding that neighbors are still unsure what future work will entail. “As a community, we need some clarity. We can’t get straight answers.”

A follow-up gathering about the wetland is planned for later next month, city officials said.

For Hafner, who has overseen the conservation work, restoring the wetland is tethered to Blaine’s future.

“I really believe in this project,” Hafner said. “This is a big-picture thing.”

Responding to the neighborhood’s fears, Hafner said he went to the wetland area the day after the community meeting and spent several hours cutting down pink ribbons. 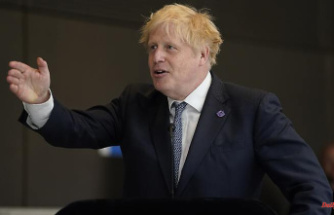