Defamation verdict: Heard and Depp guilty - but she has to pay more 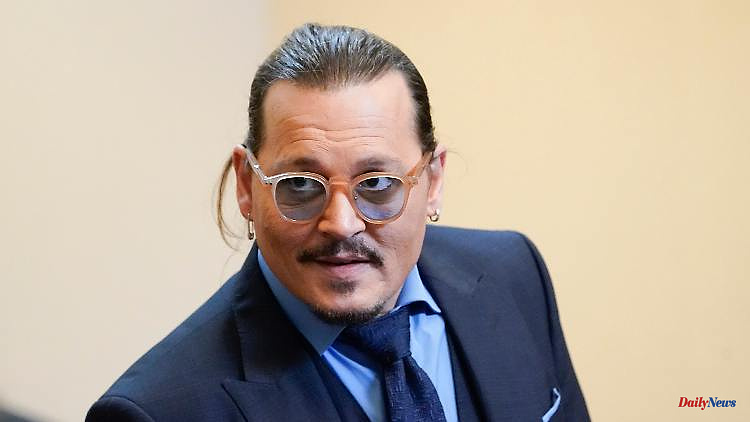 The long-awaited verdict in the Johnny Depp trial has been reached. His ex-wife Amber Heard pleaded guilty to defamation, jury rules. His fans cheer in front of the court. But the US actor also has to pay damages.

In the defamation trial between Hollywood star Johnny Depp and his ex-wife Amber Heard, the jury largely sided with Depp - but also agreed with Heard on some points. The seven jurors told Judge Penney Azcarate in court in Fairfax County, Virginia. Heard slandered Depp by accusing him of domestic violence, the jury found.

She has to pay damages of ten plus five million dollars, the latter sum the judge reduced to $350,000 due to corresponding regulations in the state of Virginia. The jury awarded Heard $2 million in damages. Ultimately, the 36-year-old must pay 8.35 million dollars (almost 8 million euros) to Depp, according to the verdict. An appeal in the case is considered likely.

Previously, the verdict had been delayed because the jury had failed to enter what it deemed appropriate damages on the appropriate form. Dressed all in black, Heard followed the verdict in court, Depp did not show up. Numerous onlookers and fans, especially Depp, had gathered in front of the court, who cheered after the verdict and shouted "Johnny, Johnny".

In a statement that the 58-year-old shared on Instagram, he thanked the judge and the jury. The jury gave him back his life with the verdict. Through the process he could finally make his peace.

In the defamation process, Depp and Heard had made serious allegations against each other for six weeks - broadcast all over the world via cameras via live stream. In their closing arguments, the lawyers on both sides then again brought forward serious allegations of sexual abuse, physical violence, lies and drug excesses.

The Pirates of the Caribbean star accused Heard of making false statements in a 2018 op-ed about domestic violence published by the Washington Post. This would have damaged his reputation. He had demanded 50 million dollars (a good 46 million euros) in damages for defamation. In her counterclaim, Heard insisted on $100 million. She claimed that Depp's ex-lawyer Adam Waldman had damaged her reputation with a smear campaign.

The bitter War of the Roses has been raging for years. In 2016, Heard filed for divorce after just 15 months of marriage. She accused the Hollywood star of domestic violence. About two years ago, Depp suffered a defeat in London with a lawsuit against the tabloid "Sun". It was about an article alleging that Depp physically abused Heard as a wife beater. After a trial with fierce allegations, the High Court ultimately dismissed the lawsuit.

1 First speech in months: Merkel condemns "barbaric... 2 The day of the war at a glance: the governor gives... 3 Bavaria: Woman crashes with an e-bike and is seriously... 4 Oil prices on the up: Interest rate worries push Wall... 5 World Cup qualifying victory in Scotland: War-torn... 6 With 33 victories in the semi-finals: Swiatek only... 7 "No one believed me": How "Friends"... 8 Between failure and getting up: Konstantin Wecker... 9 Defense. The Danes support joining the EU's defence... 10 Argentina wins in London: Italy's legend goes... 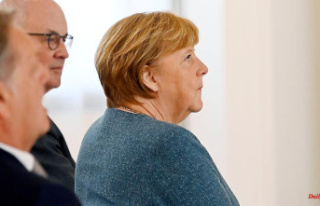