Grammys CEO is on a mission: to restore the trust of the music community

Harvey Mason jr. knew it would be a difficult climb when he took over at the Recording Academy. From people in the music industry, he knows that the academy was not a good fit. The award voting process was inefficient and the organization lacks diversity. 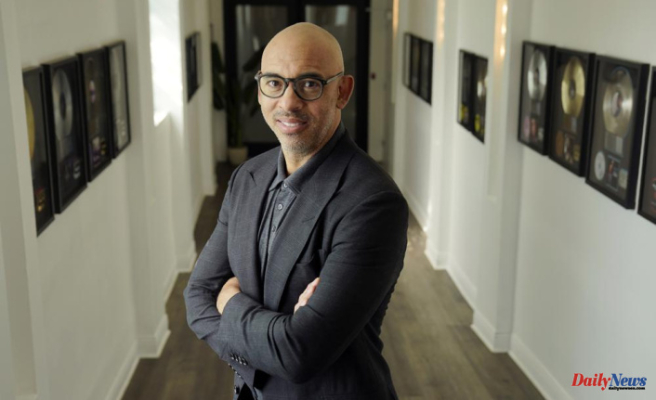 These critical comments have fuelled Mason's quest to be the academy's chief executive officer to correct the wrongs and hear the voices of those who are not heard. Mason has already replaced the nominations committee with a peer-driven voting system for members, restructured the leadership team with two co-presidents and increased membership. He also committed to hiring more diverse candidates next year with an inclusion rider.

Mason believes that the academy, which produces the Grammys each year, is making progress in regaining the trust of the music community.

Mason succeeded Deborah Dugan, who was fired five months after taking the position. This happened just days before the 2020 Grammys. She claimed the awards were rigged and full of conflicts of interest in the nomination process. Then she reported sexual harassment, pay disparities and other issues.

Mason quickly faced backlash from The Weeknd after he took over. He angrily attacked the Grammys, calling them "corrupt." The Weeknd was furious that Mason received zero nominations for her song "Blinding Lights" but was nominated for any other songs.

Other artists called out Grammys, including Drake, Nicki Minaj, Nicki Ocean and 50 Cent. They said the Grammys were "out of touch" and that the Grammys award show was transparent.

Some members of the committee claimed that they preferred projects based on personal relationships and promoted projects they liked and worked on.

The academy disbanded its anonymous nominations review panel in April. This committee was responsible for determining the nominees for the key awards at the prestigious music program.

Mason stated that he has gotten his "butt kicked", after having conversations with musicians who have expressed their frustrations. Mason said he is continuing to reach out to all music genres in an effort to establish a strong partnership with musicians, promote the academy’s programs and initiatives, and stress the importance to become a member.

He said, "I don’t do it because they will love the academy. I guess partly I do." "But it's something I do because we have a lot of trust in the partnership with artists.

Royce da 5'9", despite the turbulent history of the academy, has supported Mason's direction.

"(Harvey) is a good addition the Grammys," stated the rapper who was nominated last year for his first Grammy in nearly two decades. "I believe that adding more Black people to different states' boards would be a great help. That's what I believe is key.

Mason created the 10-3 initiative, which allows nearly 12,000 academy members to vote in up to 10 categories across three genres. All voters are eligible to vote for the top four award categories.

Mason stated that it is crucial to have a diverse academy membership in order to avoid past mistakes.

Mason said that he understands those who are dissatisfied with the voting process and said, "We want the awards to be right, but it's also a little me explaining the process." Mason said that there were times when he should have won or been nominated, but that it didn't happen.

Mason, who has been nominated five more times, said that "a lot of people who felt frustrated" didn't realize that the nominees are chosen by the voters. Mason followed in the footsteps of Harvey Mason Sr., a 10-time Grammy nominated jazz drummer from the group Fourplay.

He said, "If you aren't here and you don't join us, we can not count on you to accurately vote." We can't rely on you to choose the winners and nominees. It's subjective, of course. We need the right people to vote, nominate, and decide who the winner should have been.

Mason stated that the academy had recently experienced a breakthrough in which 83% of 2,710 music industry professionals who applied to be academy members as new members in June were accepted. This year's invitees were 48% women, 32% African American and 13% Hispanic. 4% Asian or Pacific Islander.

Although progress is being made, some still want more from the academy's programs like Women in the Mix, a 2019 initiative that highlights female engineers and producers. This program is designed to encourage mentorship in the industry for women.

According to the USC Annenberg Inclusion Initiative, only 2% of music producers are women and 3% of engineers/mixers in popular music are men.

Stacy L. Smith, the founder of the inclusion initiative, said that she hopes to see numbers improve. She hopes to see programs such as Women in the Mix "increase industry participation."

She stated that "for women, this means improving nominations, wins in critical categories including producer of the Year," she said. This means that women of color will see their numbers rise across all major categories. This includes acknowledging people of color's achievements, art, and vision in all major categories and major awards.

Smith stated that Mason's greatest challenge is to ensure inclusion is not just about "making statements" but is an integral part of the academy.

Mason believes that he and his academy are doing exactly that. Mason stated that he will be the "most toughest and most difficult person" in holding those responsible for the inclusion rider. This will ensure equity and inclusion when hiring at all levels of production for next years' Grammys.

Oct. 19 was the release date for the rider requirement by the academy.

He said, "We have been working under the principle of being inclusive, really diverse and fair." "We hold each other responsible to ensure that this stuff happens right. There is no organization more concerned about diversity, changing and moving in the right direction than we are.

1 Sudan general: The PM is held in a coup for his safety 2 Iran claims cyberattack has closed all gas stations... 3 A civil rights pioneer wants to expunge the '55... 4 After the coup, protesters set fire to tires and blocked... 5 Poll: AP-NORC/EPIC: Majority of Americans Concerned... 6 Some political foes shoot at Baldwin in a fatal shooting 7 Louisiana has a father, son, and a culture that abuses... 8 Beirut blast probe judge: Disciplinet and defiant 9 "We've got the right to run" -- Idaho... 10 Roh Taewoo, ex-President of South Korea, dies at 88 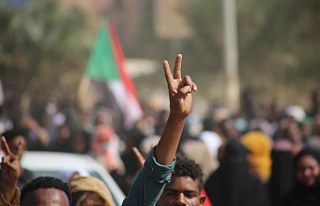 Sudan general: The PM is held in a coup for his safety