Sam strips naked on OnlyFans: Charlie Sheen is mad at his daughter

Normally, parents are happy when their children know at an early age what they want to do professionally. 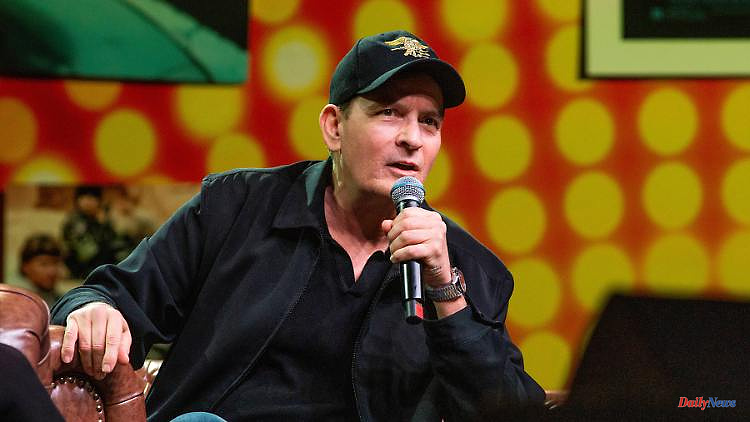 Normally, parents are happy when their children know at an early age what they want to do professionally. However, Charlie Sheen has little to gain from his daughter's career path: 18-year-old Sam gets naked for a fee.

Children of Hollywood stars often follow in their famous parents' footsteps when it comes to careers. Whether Lily-Rose Depp, Kaia Gerber, Zoe Kravitz, Lily Collins or Jaden Smith - celebrity parties, red carpets and film sets are often part of everyday life for the young stars. Sam Sheen, the daughter of Charlie Sheen and his ex-wife Denise Richards, is also now building a larger fan base. However, she takes a different career path than her acting parents.

The 18-year-old has had an account on the OnlyFans platform since Monday, where mostly erotic pictures are offered for a fee. For $19.99 a month, subscribers can now see raunchy pics of the blonde. She wanted to upload new recordings two to three times a week, she told her around 300 fans so far. For the public, the only thing that is visible on her profile is a photo of her buttocks in a pair of skimpy black bikini bottoms, which has been marked "Censored". Another recording is blocked for all non-subscribers. "Your view of me" can only be read in the caption.

Earlier on, Sheen gave a sneak peek of what her fans could expect on Instagram. She banged the drum for her OnlyFans page with a photo in which she poses in a black bikini and with a serious expression at the edge of a pool. "Click the link in my bio if you want to see more," says a kiss emoji.

"Two and a Half Men" star Charlie Sheen is upset with his daughter's source of income. In a statement, he made it clear to Us Weekly who he held responsible. His daughter lives "with her mother," Sheen said, adding that the decision "wasn't made under my roof." "I don't condone it, but since I can't help it, I've urged her to stay stylish, creative and not sacrifice her integrity."

What ex-Bond girl Denise Richards says about Sheen's career path is not known. But she doesn't seem angry. "Sami, I will always support you and always have your back. I love you," the 51-year-old commented on her eldest daughter's Instagram post. On the other hand, it is clear what she thinks of her ex-husband's allegations. "Sami is 18 and this decision has nothing to do with whose house she lives in," the statement said. "All I can do as a parent is guide her and trust her judgement, but she makes her own decisions."

Charlie Sheen and Denise Richards were married from 2002 to 2006. In addition to Sam, they have one daughter together, 17-year-old Lola. There has been a lot of drama in the blended family lately. In a Tiktok video, Sami described living with her mother as "abusive" in February. She feels "trapped" in Richards' household and is happier with her father. After moving to Charlie Sheen, a court ruled that the actor no longer had to pay child support to his ex-wife. At least as far as that is concerned, things seem to have calmed down again.

1 Against Abou-Chaker's will: Bushido's swanky... 2 Does omicron vaccine protect against BA.5?: Why the... 3 Baden-Württemberg: More than a hundred trout probably... 4 Bavaria: Bicycles worth 1.6 million euros disappeared 5 Hesse: Fine notice can be paid when shopping 6 Baden-Württemberg: No quick changes with stricter... 7 Baden-Württemberg: Water withdrawal from streams... 8 Bavaria: Bavaria wants hydrogen from Scotland in seven... 9 Bavaria: Body of an elderly man from Main near Würzburg... 10 Saxony-Anhalt: nature conservation project wants to...

According to Lloyds boss, most people only have PS500 in savings
BREAKING NEWS 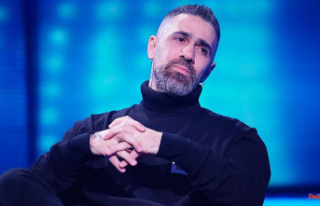