Supermarkets or food giants, who benefits from inflation?

It is a scathing denial that Michel-Edouard Leclerc received from the senators on July 19 at the end of their flash mission launched following his accusations of the inflationary abuses of the agri-food industry. 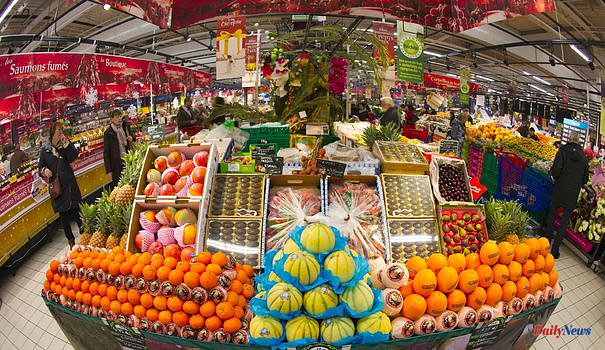 It is a scathing denial that Michel-Edouard Leclerc received from the senators on July 19 at the end of their flash mission launched following his accusations of the inflationary abuses of the agri-food industry. In the maneuver, these elected specialists of the Egalim law regulating relations between manufacturers and traders did not spare the president of the strategic committee of the E.Leclerc centers: "We must not add oil to the fire with declarations which obviously do not correspond to the reality on the ground", tackles Anne-Catherine Loisier (UDI), rapporteur for the Egalim 2 law and co-author of the report. Not only do manufacturers not abuse, but they must take it upon themselves because distributors (...) "categorically refuse increases linked to industrial raw materials such as energy, packaging or transport. In other words, more than half of the need expressed by the suppliers is simply ignored", asserts for his part the senator Daniel Gremillet (LR), president of the monitoring group of the Egalim law.

The senators conclude that there is no "widespread phenomenon of unjustified price increases by manufacturers". Just occasional slippages. Distributors would thus increase the prices on the shelves even though they refused, upstream, the price increases that were requested of them. In addition, they would "save time" by letting renegotiations drag on, in order to obtain supplies at the old, lower price. For its part, Ilec, an association which represents the giants of mass consumption, particularly in the food industry (Nestlé, Unilever, Coca-Cola, Danone, etc.), drives the point home with other figures. "Purchasing power is a real subject, but Michel-Edouard Leclerc defends it in a demagogic way by attacking us unfairly. During the last round of negotiations closed in March, we obtained a 3.5% increase from distributors for 2022, when production costs (packaging, energy, raw materials) increased by 11% over the period of December 2021-March 2022 alone” specifies its President Richard Panquiault.

Asked, Michel-Edouard Leclerc did not wish to comment on these figures or the conclusions of the report, which are more lenient for manufacturers than for supermarkets. But the FCD (Fédération du Commerce et de la Distribution) took over, denouncing “many inaccuracies” and a “lack of credibility” in this study. How could distributors fill their pockets knowing that they are less profitable than the other players in the chain, they argue. In fact, the margins of the giants of distribution are less than 3% when those of the giants of the food industry oscillate between 14% and 20%. In addition, the FCD dismantles the argument of the senators who note that the prices of private labels (private brands) are climbing faster than those of national brands. This suggests that Leclerc, Carrefour, Auchan and others... are fueling inflation more than Nestlé, Danone or Mondelez... According to the FCD, this differential is linked to the fact that "the share of agricultural raw materials in the constitution of private label prices is much higher than in that of national brands" which include much higher marketing costs.

How to disentangle the true from the false in this battle of figures relaunched each month by the waltz of labels? In mid-July, the specialized site olivierdauvers.fr, which tracks inflation in 6,545 drives out of a basket of 150 star references, still noted an increase of 8.9% since the start of 2022 with peaks beyond 30% for Fleury-Michon chicken breast, Charal minced steaks and Fruit d'Or rapeseed and sunflower oil. How to justify these 30% for chicken breast? Contacted, Fleury-Michon limits itself to recalling that “it is the distributors who freely set the prices” and that it “does not communicate on its selling prices to distributors”.

While manufacturers and distributors are renegotiating their prices due to skyrocketing costs, none of the stakeholders actually has an interest in being transparent. "The inflationary wave creates a windfall effect for both manufacturers and distributors, which allows them to discreetly pass additional increases" explains Olivier Dauvers, expert in this universe. Bitterly negotiating their piece of fat, suppliers and brands therefore play a game of lying poker, where bluffing and exaggeration are part of the rules of the game.

We don't know who will win, but we already know the loser: the consumer. Manufacturers of major brands are in fact essential and know how to resist pressure from distributors by redoubling their efforts in terms of productivity and innovation. SMEs are more vulnerable on their prices but do not have much left to give up, with margins generally below 5%. “We are undergoing a strong inflation of packaging and energy at a time when we must invest to ensure the essential ecological transition and renegotiate the salaries of our teams” protests the CEO of a family business in the dry department. Who wishes to remain anonymous because "the supermarkets are very hard on us". In a sector where a handful of brands represents three quarters of the turnover for many industrialists, it is better not to get angry with anyone...

This battle of figures between the actors of the sector laboriously arbitrated by the public authorities could calm down with the ebb of the inflationary wave expected at the end of the year. "Admittedly, the tensions linked to the war in Ukraine persist, but the problems linked to Covid such as the disruption of supply circuits are fading" points out Stéphane Tubiana of the Roland Berger firm. Maybe good news... 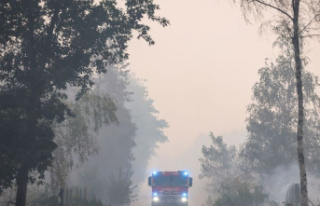