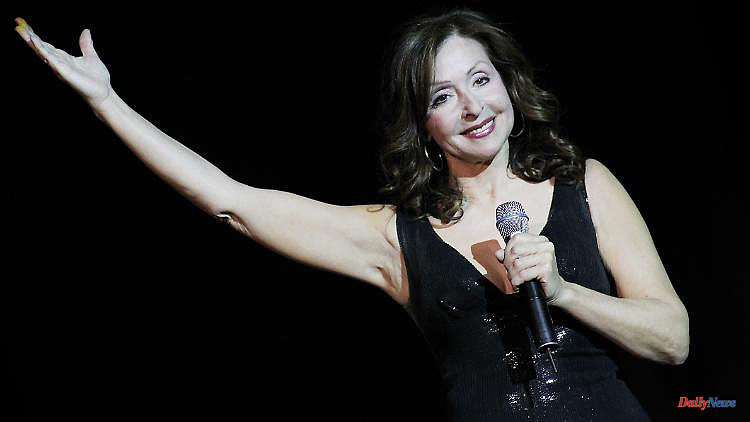 Vicky Leandros also became famous in Germany with hits like "Theo, we're going to Lodz" or "Après toi". In fact, the Greek, who sings in many languages, is an international star. She is now celebrating her 70th birthday and still has many plans.

"Stuffed tomatoes," Vicky Leandros answers spontaneously when asked what culinary tips she can give for the hot days this summer. "Either vegetarian or with some minced meat," adds the native Greek. In addition, salads and vegetable pans fit perfectly into this time.

Vicky Leandros has not only been a cult interpreter of evergreen hits and chansons such as "Après toi" and "Theo, wir fahr'n nach Lodz" for over 50 years. She is also a family person and a passionate cook. As such, she also published the recipe book " Cheers to life - My kitchen for family and friends" in 2021 with two of her three children.

Now the icon of sophisticated popular music, who was born on August 23, 1952 in Corfu and has lived mostly in Germany since 1958, can celebrate her 70th birthday. Reason for them to take a look back, but also forward. "Birthdays have never been particularly important to me. On the other hand, the 70th is a milestone and a reason to think - if you haven't done so before," says the artist, who lives on Gut Basthorst near Hamburg, one of her estates divorced second husband Enno Freiherr von Ruffin.

"In this respect, it becomes more and more clear that life is finite. And that one is lucky enough to be allowed to live at all," she muses with her distinctively melodic voice, "that is not to be taken for granted. And that one is doing well. For that I'm grateful too."

The artist, supported by her father, the musician and producer Leo Leandros, had her first hit at the age of 13. "Knife, Fork, Scissors, Light" sold 50,000 copies. But it was the song "Après toi" written by Leo Leandros and Klaus Munro that helped the young woman, who was trained in singing, guitar and ballet, to break through into a career in which she also intoned in Greek, English, Dutch, Japanese and Spanish . That was exactly 50 years ago - in 1972 for Luxembourg at the Grand Prix Eurovision de la Chanson. The single has sold 5.5 million copies worldwide.

Since then, the singer has given concerts all over the world. She appears on television and has received many awards for her achievements. But she's also up for fun - so she hid in a white cat costume on the TV show "The Masked Singer" around 2020. "What a legend," moderator Matthias Opdenhövel blurted out when she was exposed.

"But I don't always want to just work. My heart's priority was always my family. Second, of course, is my career, which is also my passion," says Leandros in a down-to-earth manner. "So I took the time being there for my kids and taking eleven years off to raise them myself."

Leandros is the mother of daughters Milana and Sandra, known as Sandra von Ruffin as an actress. There is also son Leandraki from his first marriage. With a view to her break, the singer remembers: "I wasn't afraid of the future and the question of what it would look like later. I thought, okay, if nobody wants to hear me then that's how it is."

In fact, there was something like a career break. "For a few years I've had the feeling that it's not that successful now. But you have to live with that and say to yourself, let's see..." explains the artist, who also composes and writes lyrics. She notes: "You then have to restructure yourself. Stay true to yourself and renew at the same time. Other albums, try something new. Ballads, folklore, chansons - I did that too and that was a good thing." On the decision to leave work for her family for a while, the show star says: "Being free, being independent was always important to me, and I was able to do that because I started working very early."

Her professional plans for the new year include two concerts in Hamburg's Elbphilharmonie on March 25 and a major tour, details of which are yet to be announced. "I like giving concerts - I can be versatile," explains Leandros, "and my audience knows it that way too. Songs from the 1970s to the present day, also by Jacques Brel and Michel Legrand - and all of that in different languages."

In general, the grandmother of two now seems to be a versatile woman. In 2015 she received the Federal Cross of Merit with Ribbon for her social commitment. So Leandros works in the Greek Orthodox Church as an ambassador for the children of Africa. She also made an excursion into politics, from 2006 to 2008 as Deputy Mayor and Councilor for Culture and International Relations in the port municipality of Piraeus near Athens.

What remains to draw a kind of interim balance for the birthday? "I love life," says Leandros, laughing. She reveals two elixirs that are important to her: "In difficult situations you should stop and think about everything again." And: "Goodness of heart."

1 Gravesite announced: Anne Heche rests in the middle... 2 Don't be afraid of fines: Respond correctly to... 3 As Italian as spaghetti: Fiat 126 - the cult vehicle... 4 North Rhine-Westphalia: KV Westfalen-Lippe is sticking... 5 Hesse: fire in Frankfurt paper disposal plant 6 Baden-Württemberg: damage in the millions in a fire... 7 Thuringia: Need for advice: Long waiting time at the... 8 Thuringia: Expenditure on assistance for the disabled... 9 Bavaria: State Office: The quality of the Bavarian... 10 Hesse: 14-year-olds in Kassel: Was sexually harassed... 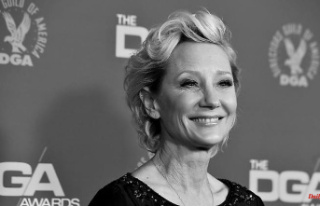