Nancy Keating, the matriarch of an influential family, is dead at 94

CINCINNATI, AP -- Nancy Keating, a charity volunteer and matriarch of a large, philanthropic family, has passed away. She was 94. 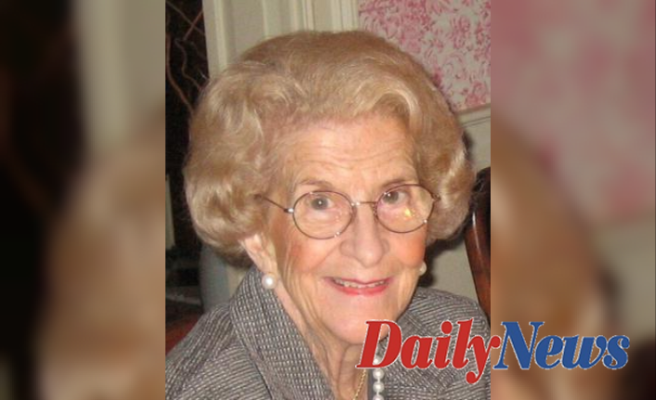 Mike Keating, her son, said that she died peacefully at home on Friday.

Keating was the widow of William J. Keating. He left Congress in 1970s to become a congressman and spent 30 years as an Ohio newspaper executive. Keating also served on The Associated Press' board. Charles Keating, her brother-in law, was a finance executive and was a major figure in the 1980s' national savings and loan crisis.

Mike Keating wrote, "Mom was very caring, very wise, and had a wonderful sense humor." "She was patient and calm with us. You can't choose your parents. But we were so lucky to have our mom and dad as our parents.

Nancy Keating was the president of her senior class, and she was also valedictorian at St. Ursula Academy. She was an active student politician at the University of Cincinnati.

In 1977, she christened the submarine USS Cincinnati and was a member of the commission celebrating Cincinnati's 200th anniversary. Her son wrote that she was a long-time volunteer at Meals on Wheels and soup kitchens.

Her husband, who was a partner in a large law firm, was an assistant Ohio attorney General, judge, and member of the city council. He was also elected to the U.S. House as a Republican in 1971. He gave up his seat in 1974 to lead the Cincinnati Enquirer. He saw an increase in circulation and profits. The Gannett Company acquired him.

From 1977 to 1992, he was a member of the AP's board and chaired its global news cooperative for five years. He was a Gannett executive, serving as general counsel and a regional newspaper president. Also, he helped to create the joint operating agreement, which combined the business operations from Detroit's two daily newspapers.

For decades, Keating was a prominent civic leader in Cincinnati. Gary Hall Jr., Keating's great-nephew, won gold medals at the 1996 and 2000 Olympics in swimming. William Keating is the name of the University of Cincinnati aquatic centre, and his brother, Charles H. Keating, helped to fund St. Xavier’s natatorium.

He would often repeat the phrase, "It's always Nancy Keating. Because she was always first to me in everything that I did, I put her first. Her son wrote, "She made me a better person."

In 2020, her husband and her son Bill Jr. were the last to leave her. Six other children, 28 grandchildren, and 31 great-grandchildren are her survivors. The family will provide private services, but not allow visitors. Geo. H. Rohde & Son Funeral Homes is handling the arrangements. 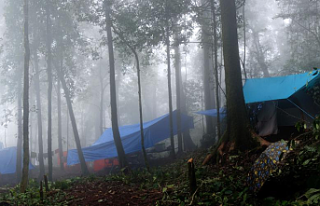