The US stock exchanges did not keep their opening gains on Monday, only the Dow Jones closed in the black. 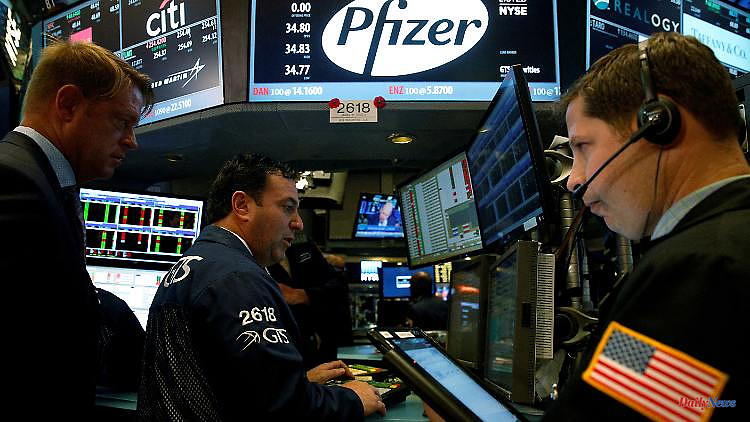 The US stock exchanges did not keep their opening gains on Monday, only the Dow Jones closed in the black. In the technology sector, disappointing quarterly sales by Nvidia are particularly depressing sentiment. Biontech also loses significantly, things are looking better for Pfizer.

After initial gains, Wall Street closed inconsistently at the start of the week. Above all, weak preliminary figures from chip manufacturer Nvidia weighed on the indices over the course of the year. After concerns about interest rates had dominated on Friday, investors drew some courage from the strong US employment market report for July and pointed to the strength of the US economy. On the other hand, the danger that the US central bank could react with even sharper interest rate hikes was ignored for the time being. US consumer prices for July, due out on Wednesday, could provide another clue here. The Dow Jones index improved by 0.1 percent to 32,833 points after climbing to a daily high of 33,110 points. The S

Above all, weak preliminary figures from Nvidia (-6.3%) weighed heavily. Revenue for the second quarter is expected to be $6.7 billion, well below the market estimate of $8.1 billion. According to the reasoning, the failure was primarily due to weaker than expected revenue from the gaming sector. Adjusted gross margin is expected to be 46.1 percent, well below the previous guidance of 67.1 percent, the company said. The semiconductor sector brought up the rear in the S with a minus of 2.5 percent

The Biontech share also lost a significant 7.5 percent. After a strong start to the year, the biopharmaceutical company earned and implemented around 40 percent less in the second quarter than in the same period last year. The development of the pandemic remains dynamic and leads to a postponement of orders and thus to fluctuations in quarterly sales, the group said. The fluctuation in sales caused by the postponement of orders is likely to persist for the remainder of the fiscal year. Biontech confirmed the forecasts for the full year 2022.

Pfizer gained 0.6 percent. The pharmaceutical giant has agreed to acquire Global Blood Therapeutics for $5.4 billion, the two companies said. UPS fell 0.3 percent. The logistics group has taken over the Italian Bomi Group, a purchase price was not mentioned.

Blue Apron stocks were up 12.4 percent. The meal kit provider said it is now selling the meals at Walmart as the company looks to expand its partnerships, including with corporate customers.

Boeing shares rose 0.5 percent. The 787 aircraft will soon be able to take off again after being grounded for more than a year. The aircraft manufacturer has received final approval from the US regulator FAA. This means that deliveries can also be resumed.

US bonds recovered somewhat from the significant losses at the end of the week. The 10-year yield fell 7.1 basis points to 2.76 percent. The focus is now on US consumer prices for July, which should provide an indication of the Fed's further pace of interest rates.

Oil prices recovered somewhat from the weak previous week, in which they had lost around 10 percent. The gains were up to 1.8 percent. However, concerns about a possible oversupply continued to prevail on the market. Against this background, the possible new nuclear talks with Iran are also being looked at. If an agreement is reached, then more oil from Iran is likely to come onto the market and further exacerbate the oversupply.

Gold was sought after weakness to end the week. In addition to the weak dollar, participants also referred to the status of the precious metal as a safe haven. Relations between the US and China have recently deteriorated significantly following the visit of Nancy Pelosi, Speaker of the US House of Representatives, to Taiwan. 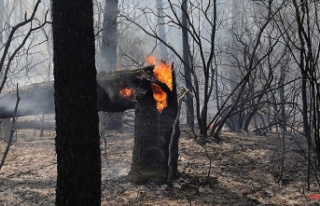 Heat waves over Europe: This July was one of the warmest...