Accident drive on the Kö: 84-year-old drives SUV into people in Düsseldorf

Shock on the Düsseldorf Kö: An SUV driver loses control of his vehicle on the shopping promenade, rams other cars and parked e-scooters. 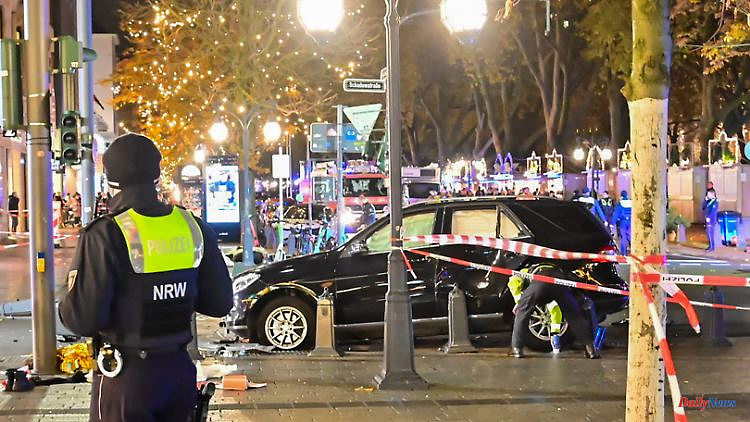 Shock on the Düsseldorf Kö: An SUV driver loses control of his vehicle on the shopping promenade, rams other cars and parked e-scooters. Six people cannot get to safety in time and are injured.

Two pedestrians were seriously injured in a car accident on Düsseldorf's Königsallee shopping street. An 84-year-old lost control of his car early Tuesday evening, a police spokesman said. "It's not an attack." According to the fire department late in the evening, the SUV touched street signs, several cars and e-scooters, then drove into a group of people and came to a standstill on the side of the road.

The force of the impact lifted the car onto the bollards at the side of the road. Two people from the crowd were seriously injured and initially in mortal danger, according to the fire brigade. Another person from the crowd and the driver of one of the vehicles touched were slightly injured, as was the 84-year-old driver and his passenger.

The accident happened not far from the Christmas market. The cause is unclear, but human error is assumed, the police spokesman said. Diffuse light conditions and the drizzle may have played a role. "The two seriously injured are no longer in mortal danger at this point in time," the fire department said in a statement. According to information from the WDR, the driver is said to have initially overlooked a red traffic light. 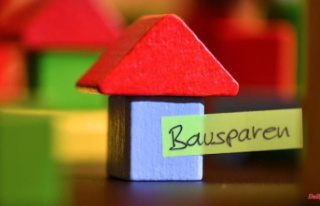