Dead in train derailment: Bahn planned rehabilitation at the scene of the accident in Burgrain

At the beginning of June, a regional train derailed on a section of track near Garmisch-Partenkirchen, killing five people. 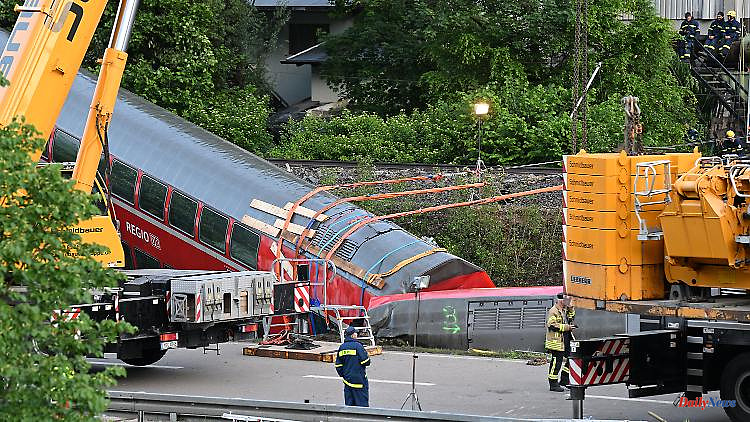 At the beginning of June, a regional train derailed on a section of track near Garmisch-Partenkirchen, killing five people. The cause remains unclear. According to a report, Deutsche Bahn is said to have already planned track renewal for the route.

According to a newspaper report, Deutsche Bahn was planning timely renovation work on the section of track near Garmisch-Partenkirchen on which there was a train accident on Friday that killed five people. For June 25th, a good three weeks after the accident, a “correction of the track position” between Oberau and Farchant was planned, reported the “Welt”, citing a list from DB Netz AG with pending construction work.

The company responsible for the railway infrastructure also wanted to carry out a track renewal on the route between Oberau and Farchant one week after this construction measure. In addition, rails were to be renewed in Garmisch-Partenkirchen at night from July 5th to 9th. On the section between Oberau and Garmisch-Partenkirchen is the town of Burgrain, where a regional train derailed on Friday for reasons that have not yet been clarified.

According to the report, Deutsche Bahn did not want to provide any information on the planned work and a possible connection with the accident in view of the ongoing investigations. The independent Federal Office for Railway Investigation BEU confiscated the accident train and also examined the tracks for track position errors, wrote the "Welt".

The term track geometry error describes deviations in the height or width of the rail track from the desired dimensions, comparable to a bump in the ground on a road. This could cause a train to derail.

1 After fire in detention on Mallorca: compensation... 2 Repatriation of the remains of Frederic Leclerc Imhoff,... 3 Rugby / National Steven David leaves VRDR to join... 4 Regulate vacation time: This is how caregiving relatives... 5 Von der Leyen, the President of the Commission, threatened... 6 High mountains. A child and a couple are both injured... 7 Alpes de Haute Provence . Paraglider saved after falling... 8 The Dauphine is for children. I am interested in heritage:... 9 Elon Musk accuses Twitter withholding information.... 10 North Rhine-Westphalia: fire in the house in Viersen:... 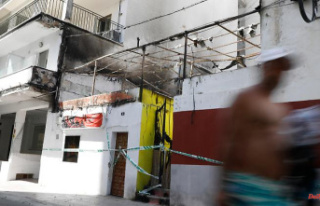 After fire in detention on Mallorca: compensation...