In a truck: More than 40 dead migrants discovered in Texas

Again and again, migrants from South and Central America are smuggled across the border into the USA in trucks. 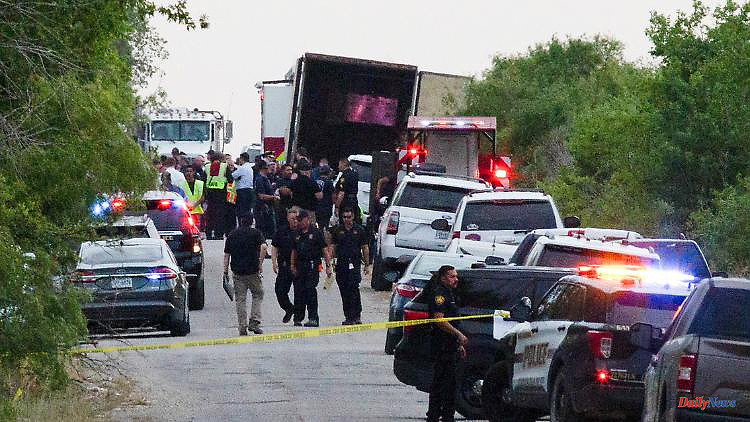 Again and again, migrants from South and Central America are smuggled across the border into the USA in trucks. Now dozens of people die trying to escape, they are discovered in Texas near the city of San Antonio. The exact circumstances are still unclear.

The bodies of more than 40 people have been found in a truck on the outskirts of the city of San Antonio in the US state of Texas. The dead are probably migrants who entered the United States illegally, US media reported, citing investigators.

The local stations KSAT and NEWS4SA spoke of 46 dead. According to the KSAT, 16 survivors were taken to hospitals. Police were reportedly looking for the driver of the semi-trailer truck, who abandoned his vehicle in a remote area.

It is still unclear why the people died. According to reports, it has been very hot in San Antonio in the past few days. Pictures showed a large-scale operation by the police and rescue workers. Migrants are repeatedly smuggled from Mexico to the United States in trucks.

The arch-conservative governor of Texas, Greg Abbott, spoke on Twitter, citing a media report of 42 deaths and blamed President Joe Biden's migration policy for it. "These deaths are Biden's fault". They are "the result of his deadly open borders policy," Abbott said. It has "deadly consequences" if the law is not enforced.

The opposition Republicans accuse Biden of taking too lax a course in migration policy and in securing the southern border. They also want to use this issue in their campaign for the midterm congressional elections in November. 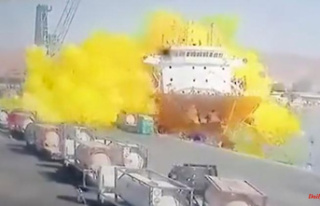 Port is evacuated: Gas accident in Jordan claims a...