Obligation to supervise instead of bathing lake: Heat-free is gradually being abolished

Although the climate crisis is bringing ever hotter summers, there are fewer and fewer heat-free periods in schools. 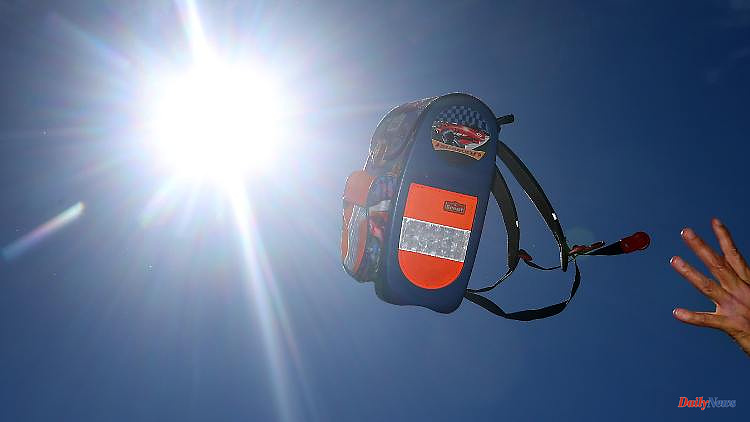 Although the climate crisis is bringing ever hotter summers, there are fewer and fewer heat-free periods in schools. This is due to several factors. In hot weather, alternatives must therefore be used.

Rudi Carrell once sang in his hit song "When will it be real summer again" from 1975: "Yes, there used to be no heat." In the memories of many, being free when the temperatures are high is as much a part of summer as fries at the outdoor pool. Spending the day in the swimming pool or in the bathing lake instead of at school seems to be going out of fashion more and more - because heat-free is becoming a rarity despite climate change with rising temperatures in many places and more hot days.

"With our all-day classes, care must be guaranteed until 2 p.m.," emphasizes Vanessa Krischke, the secretary of the Park School in Stadtbergen near Augsburg. There is one all-day class at this school for each grade one to nine. The organization of the care and the daily lunch makes it difficult to release spontaneously.

"We can't just send the children home," emphasized Krischke. The students often meet after class in study groups. Heat-free is therefore hardly ever given - and if so, then usually only shortly before the holidays.

"Heat-free for all students in a school no longer exists," says Simone Fleischmann, President of the Bavarian Teachers' Association. However, if there is a scorching heat in the classroom and teachers and students melt away, alternatives to teaching must be found. Equipping the schools with air conditioning or shutters, for example, also plays a role.

Uniform regulations on the heat-free period were first drawn up around 130 years ago by the Prussian Minister of Education, Julius Robert Bosse. If the thermometer shows 25 degrees at 10 a.m. and in the shade, school lessons should under no circumstances be extended over four consecutive hours, he explained in a ministerial decree at the time.

But no child is entitled to a heat break. The current regulations on this vary from state to state: In North Rhine-Westphalia, for example, the law states: "The reference point is a room temperature of more than 27 degrees Celsius, with less than 25 degrees heat-free is not permitted."

The Ministry of Culture in Bavaria emphasizes that the decision is the responsibility of the school management. The transportation of the pupils home should not be jeopardized by an earlier end of the lesson. The school authorities in Hamburg emphasized that there had to be a vote with the parents to ensure that there was no heat. The school also offers emergency care for students under the age of 14.

In Berlin, the giving of heat is not linked to a specific temperature, but to the weather conditions. According to the Senate Department for Education, schools could then decide to reduce the number of lessons in high heat. However, this does not apply to upper school, training or second chance education.

The Bavarian Parents' Association, on the other hand, wants a legal regulation. This would give school administrations legal certainty and thus encourage them to make decisions in the interests of the children more often. However, the association rejects a rigid specification as to when there should be a heat break, emphasized state chairman Martin Löwe.

According to the Conference of Ministers of Education, there are also no statistics on how often heat is given in German schools. However, the spontaneous termination of classes seems to be contrary to the models of half-day and full-day care. So one would like to call out to the show master Carrell: Today the summer is not only from June to September, but longer. Heat-free as in the past, on the other hand, is rare.

The children in Schleswig-Holstein, North Rhine-Westphalia, Hamburg, Berlin, Brandenburg and Mecklenburg-Western Pomerania are probably less concerned at the moment - the summer holidays have already begun there.

1 Rule out of force since June 1: General practitioner... 2 Arrest of more suspects: Court postpones sentencing... 3 After selfie on Vesuvius: US tourist falls into volcanic... 4 Murder after a mask dispute: gas station shooter has... 5 Comparison of holiday countries: Airport chaos: Things... 6 "My DNA was misused": the accused denies... 7 "As soon as possible": EU advises over 60-year-olds... 8 Traveling during the summer wave: These Corona rules... 9 Arrest warrant against 29-year-olds: Police discovered... 10 More respiratory infections than usual: Germany is... 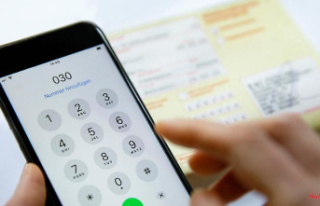 Rule out of force since June 1: General practitioner...