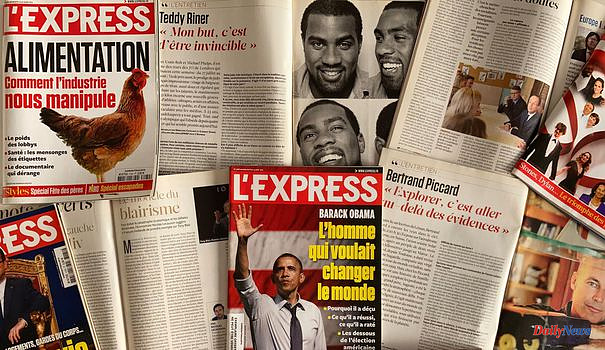 First Frenchman in space, campaign for the Maastricht referendum, contaminated blood trial, attack against Jacques Chirac, medals at the Olympic Games... From 1972 to today, L'Express has witnessed, each summer, political events, technological advances, sporting victories or great cultural firsts. Thanks to our archives, we invite you to relive this news by turning the pages of our fifty-year-old weekly. After the summers of 1972, 1982, 1992 and 2002, place this week in the summer of 2012.

Four years after Barack Obama's arrival in the White House, the wave of hope aroused by his election has been swept away by the economic crisis and political reversals. While Americans are expected to go to the polls in November, the correspondent of L'Express in New York draws up a rather contrasting assessment of the first term of the 44th President of the United States.

“Faced with the worst financial crisis since the 1930s, which began six weeks before his election, the man who was to change the world must today be content with a balance sheet that his vice-president, Joe Biden, prosaically summarizes: ' Bin Laden is dead, and General Motors is still alive.'

That is. The commando raid on Abbottabad in May 2011 got the better of an old American demon. And the 750 billion dollars provided to the bloodless banks, as well as the rescue of the automobile industry will have at least avoided the worst. The first universal health insurance, which Bill and Hillary Clinton had failed to impose in 1993, could also allow, in 2014, 30 million Americans to benefit from social coverage of which they were hitherto deprived. But the slump continues and breaks the big breath: 15 million unemployed, or 8.3% of the active population, recall the limits of the 2009 recovery plan, considered too timid. The cantor of change now presides over a nation distressed by its decline, which resents its elites. Too slow, too timorous or too conciliatory in the eyes of the 'pure' of his party, described, on the contrary, by the right as an extremist, a statist hostile to national values, Obama suffered in November 2010 the crossfire of abstention Democrat and the populist mobilization of the Tea Party. Result: a beating in the November 2010 legislative elections and a new Republican majority, which for two years has paralyzed all initiative and even threatens the integrity of the country.

Since Antiquity, the red planet has fascinated and nourished the imagination. When the Curiosity robot lands safely on its soil on August 6, 2012, it opens the way to a new era of scientific exploration.

"Since Babylonian times, the planet Mars, associated with the god of war, worries men as much as it fascinates them. And it is the subject of a string of myths, which are born and die according to scientific progress [...] The 19th century was particularly rich in fantasies. In 1877, the first detailed map of Mars thus showed lines, interpreted as a network of gigantic canals. The idea of ​​a Martian civilization took shape. [. ..] The year 1947 was marked by the alleged crash of a UFO in Roswell (New Mexico), which obviously could only have come from Mars... Appearing in 1926, the Science fiction magazines then depict the Martians as little green men with reptilian looks. Green on the red planet? "At the time, this color was better printed", advances, teasing, Charles Frankel.

In 1971, the orbital probe Mariner-9, sent in exploration, reveals old river beds. 'Only a flow of water can explain these images. At that time, the question of life on Mars resurfaced,' stresses Francis Rocard. The conjectures start again and are amplified, in 1976, by the diffusion of a photo of an immense face visible on the surface of Mars. False alarm: this one is in fact the fruit of hide and seek between the relief of a Martian hill and the raking light of the sun... In 2011, rebelote. An Internet user takes the flaws of an image for a spatial base and creates the buzz. One thing is certain: three billion years ago, water flowed on the red planet, in such quantities that clay formed. NASA therefore placed its Curiosity robot on a clay site, hoping to find precursors of molecules of life there. But it will be necessary to dig: 'The surface is sterile, warns Francis Rocard. If there is still a primitive form of life, it is probably tens or hundreds of meters deep.' In short, if the little green men existed, they would be more like moles than reptiles..."

The London Olympics are those of consecration for Teddy Riner. Already a five-time world champion, the judoka won his first gold medal in the heavyweight category. Since then, Riner has reached the heights of Olympic legend. In this interview with L'Express, he confides what forces have forged his character as a high-level athlete.

"L'Express: Your very technical judo is part of the Japanese tradition, unlike the Eastern European school, which is more based on power. Is this an aesthetic bias on your part?

Teddy Riner: It's about pride, above all. I want to be a champion with strength and winning, but also with style, elegance. A mixture of Nadal and Federer, in a way. It is important for me to practice good judo.

Is it more difficult to climb to the top or to stay there?

Stay there. It was not easy to earn my place among the best. But when you have already won, you are expected, watched, envied. The adversaries are hoping for your fall, some claim that you have taken the big head. Each of your statements is studied with a magnifying glass. One of my strengths is knowing how to integrate the best of a situation by ignoring the negative vibes. I don't laugh during the fight, but once it's over, I smile for life."

Inaugurated in 2002 by the mayor of Paris Bertrand Delanoë, the Paris-Plages operation takes place as every year on the quays of the Seine where several million visitors are expected.

"A few weeks ago, work began on the right bank. From an urban highway, the Georges-Pompidou expressway must become a boulevard that pedestrians can cross at red lights. [...] In total, this year, Paris-Plages will extend over two kilometers of quays, including 1000 meters on the Georges-Pompidou way and on the forecourt of the Hôtel de Ville, and 1000 meters around the Bassin de la Villette.

About 5,000 tonnes of sand, transported by barge from Normandy on the Seine, began to be dumped there, a prelude to the installation of all the equipment. [...] The essence of the demonstration will be concentrated on the edges of the Seine. The very large beach, set up for the first time last year, is taking possession of the quays. Regulars will be able to find their favorite deckchair or parasol there: 900 pieces of street furniture will be installed there, in the shade of 44 palm trees. [...] A total of 45 boats, from the boat to the pedal boat passing by floating spheres for the children, will welcome the amateurs of water sports. Paris-Plages operates from 8 a.m. to midnight, which represents 15,000 hours of surveillance and the mobilization of 60 rescue workers and 55 beach attendants. The budget for the event is around 1.5 million euros, half of which is provided by the partners. The town hall estimated last year the number of visitors to Paris-Plages "between 4.5 and 5 million".

1 "Liquid is not poison": Expert questions... 2 Level falls and falls: Rhine shipping is becoming... 3 After Bordeaux, Dijon and Beaune are taking shape... 4 Five years after the bankruptcy: Many Air Berlin passengers... 5 Russian oil despite embargo: Druzhba pipeline supplies... 6 EXCLUSIVE. Agricultural show: 2022 ewes will transhume... 7 Wall Street closes in the black: Falling inflation... 8 Minus lower than expected: Russia reports a decline... 9 Legal dispute over mini-figures: Lego wins the fight... 10 Cancellations due to the Taiwan crisis: "The... 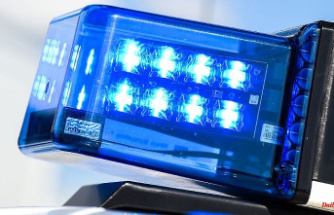 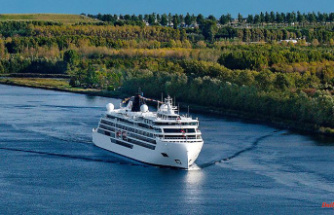 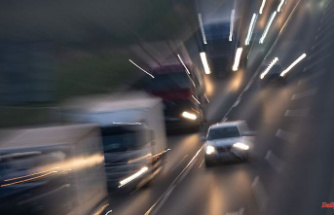 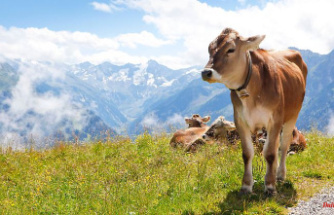 Commercial is discontinued: Tyrolean farmers are foaming because of oat milk 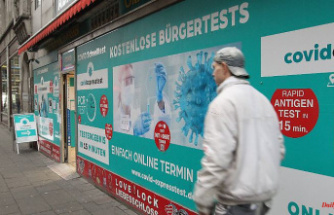 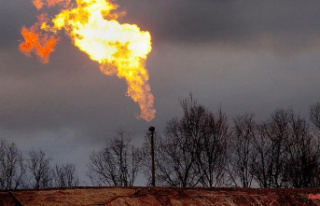 "Liquid is not poison": Expert questions...