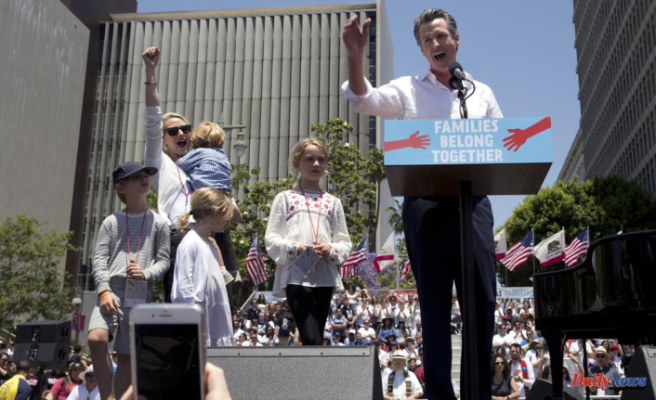 After Newsom's news conference in San Francisco at a vaccination clinic, the Governor's Office announced that Newsom was making the trip.

Lt. Gov. As required by state constitution, Eleni Kounalakis is to act as governor. The Governor's Office announces whenever Newsom leaves the state, even for a short time, as a matter of course.

This is one reason Newsom was heavily criticized earlier in the month for not disclosing whereabouts for longer than a week. Newsom was scheduled to attend an international conference on climate in Scotland. He withdrew from the conference at the last moment, citing "family obligations."

This was the 12th consecutive day Newsom had no public events. His office refused to give any details about whereabouts or what he was doing during that period.

Newsom later stated that he cancelled his trip to be with his children for trick-or-treating on Halloween. He stated that he worked at the Capitol in that period, and expressed surprise that critics were still unsure where he was.

According to the Governor's Office, Newsom will be returning to California on Sunday.