Angelo Sodano represented the Vatican in the world for a decade and a half. 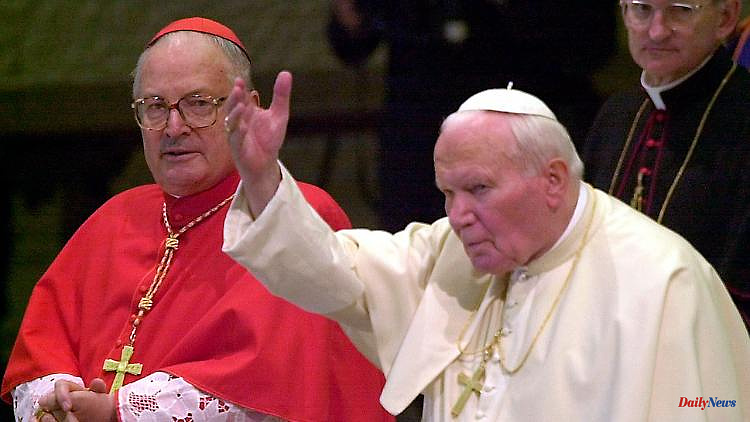 Angelo Sodano represented the Vatican in the world for a decade and a half. In the last months of Pope John Paul II's life he was practically the authoritative man in the Papal States. Now he has died of old age.

He worked in the Vatican's diplomatic service for five decades: Now the former Secretary of State, Angelo Sodano, is dead. As the Vatican announced, the man who had been the second most important man to the Holy See for many years died in Rome the previous day at the age of 94. In a telegram of condolences to Sodano's family, Pope Francis praised the late cardinal as "a valued man of the Church who lived his priesthood with generosity". He also described him as a "lovable priest".

Sodano died on Friday night after being admitted to hospital in early May following a Covid infection. The funeral service will take place on Tuesday in St. Peter's Basilica in the presence of the Pope.

In 1989, Pope John Paul II appointed Sodano Vatican Foreign Minister and in 1991 Cardinal Secretary of State. In the function he remained under Benedict XVI. until 2006. For almost 15 years he was number two in the Vatican. In the last few months before the death of a debilitated John Paul, Sodano was one of those Curia men who effectively ran the Catholic Church. For more than 14 years, Sodano also served as President of the College of Cardinals, the second-highest office. In 2019, at the age of 92, he resigned from his position as Cardinal Dean.

The northern Italian has been at the center of a number of controversies. In his book Sodom. Power, Homosexuality and Double Standards in the Vatican, French journalist Frédéric Martel denounced Sodano's lifestyle in Rome and his connections with Chilean military ruler Augusto Pinochet during his time as nuncio in Chile. Born on November 23, 1927 in Isola d'Asti in the Piedmont region, the churchman was papal envoy to South America for a long time before his career in Rome.

According to the weekly newspaper "National Catholic Reporter", Sodano is also said to have protected the late 2008 founder of the arch-conservative Catholic order Legionnaires of Christ, Marcial Maciel Degollado, who lived for many years with a woman with whom he had a child. Allegations of sexual abuse of a minor have also been made against Marcial Maciel.

1 Interview with Porsche CEO Blume: "During the... 2 Vettel as a positive surprise: Leclerc outclassed... 3 Baden-Württemberg: Galloper Queroyal wins Derby Trial... 4 Bavaria: senior couple cheated: son represents trickster 5 More than 130 kilometers per hour: Hesse breaks the... 6 Measures for the fall: RKI boss calls for new infection... 7 "Dispensable vegetables": Asparagus is becoming... 8 Update in retail takes time: Problems with card payments... 9 In the land of milk and honey: the system does not... 10 Potsdam without a chance in the final: Wolfsburg wins... 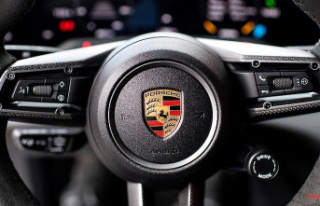 Interview with Porsche CEO Blume: "During the...