"Party conference looks like a circus": Liz Truss gambled away the Tories' trust

At the party conference of the Tories there is a mood of doom. 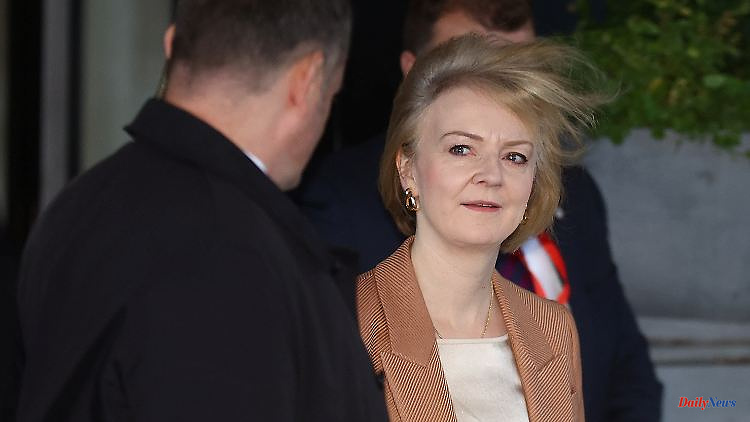 At the party conference of the Tories there is a mood of doom. Instead of starting the new office of Prime Minister with a tailwind, Liz Truss has faced massive criticism from within her own ranks. The open rift through the party has already reached the cabinet.

On mugs and T-shirts, the slogan shouts out: "In Liz We Truss" - "We trust Liz Truss", the pun is supposed to mean. But four weeks after moving into Downing Street, confidence in the new British Prime Minister is no longer far off. Rather, the party convention of their conservatives, the first important appearance for Truss in office, looks like a doomsday party.

One participant feels reminded of the Tories drinking champagne on the "Titanic", on which people were still dancing. Another says: "The party is imploding before our eyes." The "Telegraph" reporter Christopher Hope judges: "This party conference looks like a circus without a ringmaster. The lions have already eaten an acrobat - and are gnawing on another."

The problem is evident at the top: Truss got off to a bad start. After the scandalous years of her predecessor Boris Johnson, the 47-year-old had promised to restore trust in the government. But the opposite happened. "She lost trust because she says one thing and then something else happens," says Tim Durrant of the Institute of Government think tank. In an interview, Truss had to be asked whether her statements would still stand up to the broadcast the next morning. Because the day before, Truss had defended the planned reduction in the top tax rate for high earners in pre-recorded interviews. When the talks were broadcast the following day, the government had already made a complete about-face.

MPs who are actually attached to the head of government are now unsettled, their opponents sense the dawn. Others just feel sorry.

The British Conservatives' "Party Conference" has little to do with a party conference of the kind we are familiar with in Germany, with votes on election programs or party offices. "Conference" is better: In smaller rooms in the middle of the confusing conference center, not only ministers, but often simple members of parliament and, above all, external commentators debate various topics. Individual party groups such as the Conservative Friends of Somaliland or lobby groups and even companies present themselves at stands. It has the character of a trade fair. But it also offers space for many rounds of talks, in which resentment increases almost every hour - on all sides.

"I am disappointed that members of our party staged a coup and undermined the prime minister in an unprofessional manner," said Interior Minister Suella Braverman. The open rift in the party has already reached the cabinet. Penny Mordaunt, who plays a central role in government as Minister for Parliamentary Affairs, made it clear that social benefits should be increased in line with high inflation. Truss is apparently aiming for a smaller increase and wants to save billions - at the expense of poorer people, as critics accuse her. Here the next construction site threatens. Expert Durrant finds the open objections to be "completely amazing".

Right from the start of her tenure, Truss painfully felt the tide change. The conservative newspaper "Daily Mail", which had supported her in the party's internal election campaign, called on the 47-year-old on its front page: "Get this under control!" Former Brexit Secretary David Frost, one of the hardline Conservatives whose support was a key factor in Truss's move to Downing Street, called her a "weak start". And Johnson confidante Nadine Dorries, who had also supported Truss a few weeks ago, criticized the prime minister for moving away from the government program with which the Tories won the 2019 general election. If Truss wants backing for this, she should call new elections, said Dorries - knowing that polls are currently predicting an unprecedented defeat for the Conservatives.

Expert Durrant emphasizes that Truss only has the necessary majority on paper to get its projects through parliament. "But in reality, she can't rely on it," he says. Truss' competitor Rishi Sunak received more votes in the group's internal votes on Johnson's successor, and their lead in the final member vote was also rather narrow. The fact that she did not appoint any opponents to her cabinet could also harm her. "There is a lot of internal opposition to the government," says Durrant. Truss could face a full-scale rebellion from the backbenches.

1 Price cap for oil imports: EU launches new Russia... 2 Goalless Lewandowski before CL-Aus: FC Barcelona smells... 3 After a deep fall: mountaineer had an accident on... 4 "Marco Polo" travel tip for 2023: Mon amour... 5 First speech as Prince of Wales: William misses the... 6 How political will the election be?: The Nobel Prize... 7 Monroe photos made him famous: star photographer Douglas... 8 Cool booth: turn the heating up to the max, warm up... 9 Bayern: Seehofer: Stamm leaves a big gap 10 Hesse: Young motorcyclist seriously injured in an... 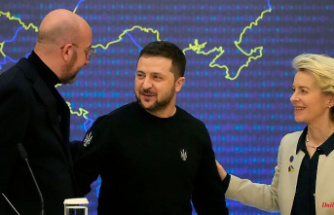 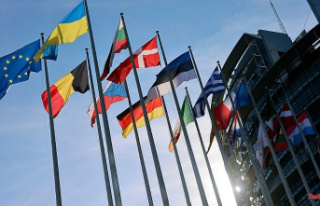