Putin's foreign minister in Africa: Lavrov will be welcomed with open arms

The red carpet has been laid, the Russian flag has been hoisted: Moscow's chief diplomat Lavrov is given a warm welcome in Uganda. 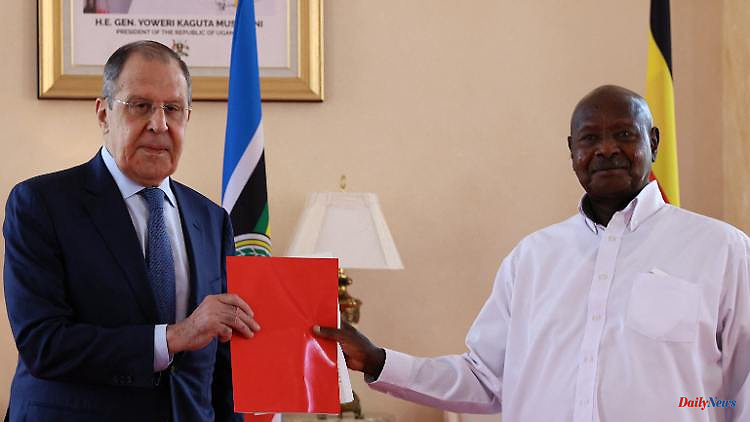 The red carpet has been laid, the Russian flag has been hoisted: Moscow's chief diplomat Lavrov is given a warm welcome in Uganda. It is just one stop on his trip to Africa, during which he competes with the West for influence. In any case, Uganda's long-time President Museveni is now on the phone regularly with Putin.

It's a reception in Russian style: when Russia's Foreign Minister Sergey Lavrov lands in East African Uganda late Monday evening, the red carpet is rolled out for him. The Russian flag is hoisted over the airport building. His Ugandan counterpart, Jeje Odong, welcomes him with open arms - a clear sign of the decades-long friendship.

Russia's chief diplomat is on an African tour this week. Both the location and the time are strategically well chosen. Coming from Moscow, he first visited Egypt on Sunday - the political and economic heavyweight on the continent. He then traveled to the Republic of the Congo with its long-term president, Denis Sassou Nguesso. After the two-day stopover in Uganda, he is expected in Ethiopia, the headquarters of the African Union, on Wednesday. There he will also meet ambassadors from other African countries.

Lavrov wanted to talk to the Africans about a "future-oriented partnership." He had announced this in an editorial that had been printed in all the state newspapers in the countries to be visited in the past few days. In it he emphasizes the decades of "friendship and cooperation" between Russia and its African partners. "Our country doesn't force anything on anyone or tell others how to live," Lavrov emphasizes.

That's a good thing to hear in African countries like Uganda and the Republic of Congo, where presidents have long rejected any democratic transfer of power. In return, these countries remain neutral in votes in the United Nations General Assembly on sanctions against Russia, as they did last March.

The timing of Russia's new Africa initiative is no coincidence. French President Emmanuel Macron is also currently on the continent, visiting Cameroon, Benin and Guinea-Bissau. In West and Central Africa, Russia and France are competing for influence, especially in the civil war regions of Mali and the Central African Republic.

The US should not be forgotten about this. US President Joe Biden has also sent his special envoy for the Horn of Africa, Mike Hammer, to Africa: he is also visiting Egypt and Ethiopia. The US President announced last week that he would hold a major Africa conference in Washington at the end of the year. The answer from Moscow came promptly: The Kremlin is planning a second major Africa summit in 2023. The first took place in Sochi in 2019.

Three years ago, Uganda's President Yoweri Museveni negotiated a close partnership with Russia on the Black Sea coast, which is now being expanded. Since then, Uganda has been sending increasing numbers of university students to Russia. The Russian state-owned company Rosatom is planning to promote nuclear energy in the country. And that's not all: since March, the Russian state broadcaster Russia Today has been reporting nationwide in Uganda at prime time in English, on the frequencies of the state television channel. "Tune in if you want to receive unbiased news about world affairs," the Russian embassy tweeted at the time.

The connections in the Kremlin are getting closer. President Museveni, who has been in office since 1986, has been on the phone to Moscow on a regular basis since June. Museveni's NRM (National Resistance Movement) party recently signed a partnership agreement with ex-Russian President Dmitry Medvedev, the leader of the governing Yedinaya Rossiya (United Russia) party. For the 77-year-old Ugandan president, this means that he can count on Moscow's backing in the future - even if power is handed over to his son in the near future.

Born in 1974, Muhoozi Kainerugaba is now in the starting blocks to succeed his father. He is already one of the highest-ranking generals in the country and commander of the army, so he is also responsible for a large part of the arsenal of weapons, which comes almost exclusively from Russia: from fighter jets to assault rifles. Kainerugaba makes no secret of his admiration for Putin: "Putin is right!" he tweeted four days after the Russian invasion of Ukraine in February. 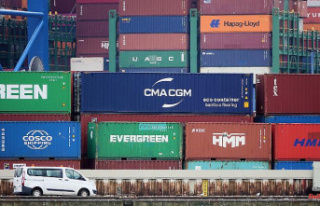