The Bundestag is arguing so fiercely about Habeck's nuclear plans that Chancellor Scholz has to help the Green Economics Minister. 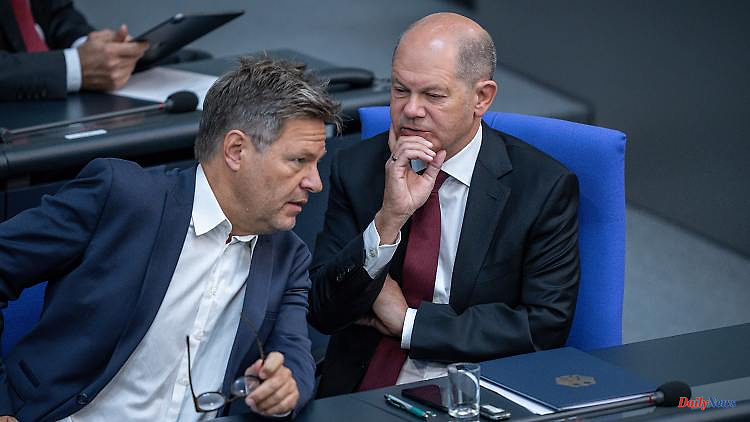 The Bundestag is arguing so fiercely about Habeck's nuclear plans that Chancellor Scholz has to help the Green Economics Minister. But now there is a barrage from an unexpected source: the operator of the Isar 2 nuclear power plant states in a letter that the planned reserve operation is technically impossible and even risky.

According to a media report, the operator of the Isar 2 nuclear power plant has warned the head of the Federal Ministry of Economics against transferring the plant to a reserve from the turn of the year. The ministry's proposal to "send two of the three running systems to the cold reserve at the turn of the year in order to start them up if necessary is technically not feasible and therefore unsuitable for securing the supply contribution of the systems," quoted the "Spiegel" from an internal letter of the operator to the ministry.

The head of the operator Preussen Elektra, Guido Knott, explained his fundamental concerns about the planned reserve operation to the State Secretary in the Ministry of Economic Affairs, Patrick Graichen, on Tuesday. According to the report, the electricity manager expressly contradicts the plans presented by Economics Minister Robert Habeck on Monday.

According to the letter, the problem is that the reactor is completely shut down and the fuel rods are already reaching the end of their capacity. "Then, with the limited possibilities of such a reactor core, a restart in the advanced stretching operation is not feasible, and certainly not at short notice within a week," the report further quotes from the letter.

The Preussen-Elektra boss also points out that such a procedure is "not practiced". His company has "no experience". He therefore warns that this option of restarting should be considered for this winter of all times. "Testing a start-up procedure that has never been practiced before should not coincide with a critical state of the power supply."

In the general debate in the Bundestag, Habeck's plans caused heated arguments in the morning. Federal Chancellor Olaf Scholz defended Habeck's proposal to keep two of the three German nuclear power plants still in operation in an emergency reserve until next spring "so that there will never be a power shortage in Germany". CDU leader Friedrich Merz, on the other hand, called for all three reactors to continue to run for three to four years. "We are in the middle of a massive electricity problem in this country," he warned. "Stop this madness," Merz called out to the chancellor, referring to Habeck's plan. The FDP again criticized the green minister's energy strategy of only keeping two nuclear mailers for the reserve.

1 Union takes a look at Habeck: Scholz has something... 2 Outbreak slows: EU orders 170,000 monkeypox vaccine... 3 Only her butt betrays her: Kim Kardashian is hardly... 4 Display, performance, runtime: what to look out for... 5 Labor law question: How long can a trial work last? 6 Fact check on conspiracy hype: do parasites populate... 7 North Rhine-Westphalia: Police officers run over a... 8 Baden-Württemberg: Cleaning agents got into the fish... 9 Hesse: After the attack on a woman in the train station:... 10 Saxony: Ostrale Advisory Board for using the Robotron... 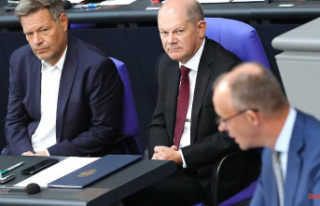 Union takes a look at Habeck: Scholz has something...