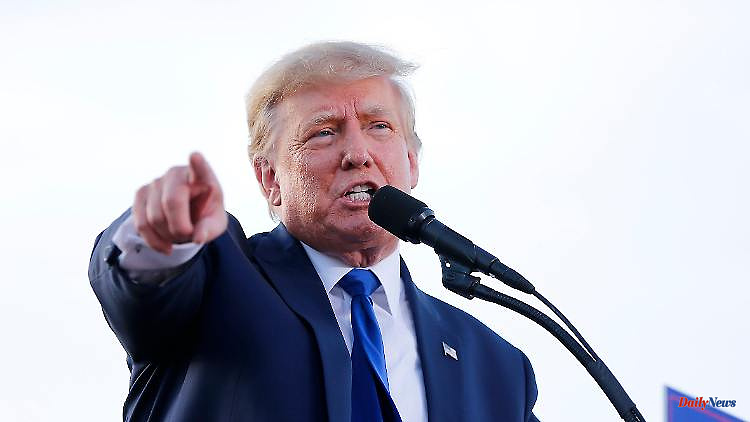 Cassidy Hutchinson, former White House staffer, heavily incriminates Trump before the Capitol Storm Inquiry Committee. The former US President is not going to let that sit on him. In a TV interview, he railed against the 26-year-old and described her as mentally ill.

Former US President Donald Trump has harshly attacked the former White House staffer who testified against him before the investigative committee into the Capitol attack. The woman is "crazy" and lives in a "fantasy world," Trump said in an interview broadcast on the right-wing populist TV channel Newsmax. "She has serious problems, I will put it that way, mental problems." 26-year-old Cassidy Hutchinson caused a stir on Tuesday with an impressive statement to the panel.

According to Hutchinson, Trump was said to have been aware of possible violence on January 6, 2021. He knew the demonstrators were armed. She described various scenes that she said she had witnessed in the White House and recited conversations she said she had overheard. Republicans and Trump, on the other hand, accuse her of only having her information second-hand. Trump repeatedly emphasized that he hardly knew Hutchinson. This worked as an assistant in the White House for his Vice, Mark Meadows.

Above all, Trump focused on part of the statement that Hutchinson actually only described with reference to a conversation with a colleague and the responsible Secret Service official. Accordingly, Trump is said to have tried on January 6, 2021 in his armored SUV to grab the driver's steering wheel. Trump denies that. According to unnamed sources, several media outlets reported that the two responsible Secret Service officials would also reject the allegation. However, neither of them has commented publicly on the matter.

On January 6, 2021, Trump supporters violently stormed the seat of parliament in the capital Washington. Congress met there to certify the victory of Trump's Democratic challenger Joe Biden in the previous presidential election. Five people were killed in the riots, including a police officer. Trump had recently incited his supporters at a rally that his election victory had been stolen. The committee is working on the attack. 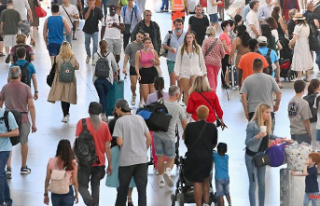