In an intense game, Union does not give up despite a lucky opener from Leverkusen and fought for perhaps the most important draw of the season with a goal from Pohjanpalo's will. With a lot of struggle and, in the end, with a little bit of hara-kiri luck thanks to the many substitute offensive players, Union managed a very important draw in Leverkusen in the fight for the European Cup places. The Berliners delivered a very intense game to the Leverkusen team. A sign for the last game day.

90 + 3 Bellarabi on the left, drifts through the penalty area, the ball is just cleared. Corner for the hosts. But that goes straight to the final whistle.

90. + 2 Union again with a corner. The Berliners are looking for the lucky punch here! Leverkusen only wants the end of the game here.

90. There are three more minutes!

88. Now the counterattack for Leverkusen. Almost a hundred percent for Bellarabi, who only had to pass the ball past Luthe to the free-standing Diaby. But Knoche can just about clarify.

86. The question for Us Fischer now is whether he'll whistle his team back a little to secure the point. That would be enough to stay in seventh place.

81. Because Stuttgart is currently leading in Gladbach, Union is currently on the way to Europe. Seventh place!

80. Union shows in these minutes how much self-confidence Urs Fischer's team has fueled this season. With a broad chest, it goes again and again towards the goal of the hosts. Awoniyi is served with a cross from Becker, but his conclusion just before the five goes over the gate. But he was also hindered when shooting.

77. Great opportunity for Union! Kruse runs over to the left and fits steeply on Awoniyi, who has a lot of space. But his shot is blocked by Hradecky and directed over the gate when he falls.

74. Almost in return, Leverkusen took the lead again. Diaby is served wonderfully on the left side, has space in the sprint and pulls away. Luthe can only guide the ball against the bar with his fingers with the last of his strength.

72. TOOOOOOOR for Union! After a free kick, Becker gets room to flank on the right. The ball lands on Pohjanpalo's head. While Hradecky can still fend off this attempt, the Finn then hits ice cold in the margin. Now Europe is back!

66. Next double change with the Iron. Becker and Bülter should provide even more alarm in front of the gate. Lenz and Trimmel can take a shower. For Becker, it's the comeback after months of injury.

63. Trimmel gets the ball on the right side, sprints and could cross. But his flat pass withered, becomes the second leg for Leverkusen's Hradecky. Of course it won't work like that. It remains the same: what Union does looks great up to the penalty area. Then there is a lack of quality.

60. Nosebleed in Leverkusen's Dragovic. Must be dealt with briefly on the line.

57.  Pohjanpalo equally strong in the game. Lateral puller from 20 meters. Harmless. But then a template from the left to Kruse, who is completely free in the penalty area. But because the Berliner has to present the ball in a complicated way, the chance has gone again.

54. Andrich sees the yellow card. Because it is his fifth of the current season, he will be absent from the last home game against Leipzig.

51. Both teams try to keep up the pressure, it goes back and forth once more without it becoming directly dangerous. Union must now take more risk on the offensive.

49. Again and again a danger, now even more: Bayer countered Diaby. He puts the ball to Schick, but a bit far to the left in the penalty area, so that the Leverkusen player cannot really get there.

46. It continues in Leverkusen. Now the hosts toast. No changes.

Union plays in Leverkusen with a lot of esprit and quite disciplined. In front of the gate, however, much remained too safe. The hosts can't really score in this discipline either, but they have the lucky hit from Wirtz.

45. There are two minutes of playing time.

42. Schlotterbeck tries from a distance. 25 meters. But right down past the gate. Otherwise Union continues here with a lot of pressing and despite the unlucky goal with some concentration. But there is a lack of consistency in the last few meters in front of the goal.

39. After a Union corner, Bayer's Diaby is up and away. Before it comes to the counterattack, Ingvartsen prefers to hold onto his opponent as a precaution. Curious: Diaby dragged the Berliner several meters across the square. Yellow, of course.

35. Andrich gets the ball wonderfully presented in the penalty area and has room to shoot. But the Berliner comes in a supine position and thrashes the leather over the goal.

32. Tapsoba stands way too close to the ball in a Gentner free kick. There is an urgent warning for this. The Leverkusen player is already yellow.

28. Flattering leadership for Leverkusen, who only shot safely once on goal 30 minutes earlier.

23. Now there is a little more calm in the game. Union continues with a lot of self-confidence and, as you have just seen, very clever in building up the game.

21. Now Union also has its goal that doesn't count! Strong attacking game from Union. Ingvartsen was just offside. His shot in the penalty area is intended as a cross pass, Kruse executed. But the hit is not recognized.

16. Strong counter chance for Union! Kruse hits goal from seven meters half-left in the penalty area, Hradecky has to stretch. Before that, Ingvartsen was brought down in the attack. With the help of the video assistant, referee Ittrich came to the conclusion that there was an advantage, but Leverkusen's Tapsoba received the yellow card and Union corner (which did not bring anything).

13. Union is doing well here now! The Berliners were able to cleverly balance the first attempt of pressure that the home team exerted on the Berliners. Twice it was almost dangerous in front of the gate. The Leverkusen are now rearranging themselves for the time being. Otherwise, it goes back and forth in the first few minutes.

11. And the next chance right away. Ingvartsen gets the ball poked at the edge of the penalty area, closes directly. Again flat and with too little twist, so that Hradecky doesn't get any beads of sweat on his forehead.

9. First good opportunity for Union. Kruse is served well on the right side, runs thirty meters, pulls past two players inward and the ball finally lands at Lenz. The Berliner manages the flat, but not placed finish, which ends up in the hands of Leverkusen's goalkeeper Hradecky.

7th goal for Leverkusen. But first a handball by Patrick Schick. The referee does not give the hit. The goal that was not given was, however, excellent and played out too quickly for the three-man chain of Berliners. That must be a wake-up call for the Iron.

5.  Leverkusen's Amiri gives Gentner a hard horse kiss. Not a tough foul. But the Berliner will still feel that in a few minutes.

3. Both teams first try to keep their position calm and to bring calm into their own game with possession of the ball.

1.  Kick-off in Leverkusen! Union has the ball and plays from right to left.

15:20 The referee of the game is Patrick Ittrich.

15:17 Union goes into the race with slight changes to the last game (the 3-0 defeat against Wolfsburg). Andrich and Kruse play for Griesbeck and Pohjanpalo.

15:16 It is not an easy task for Union to survive in Leverkusen. In the previous season, Bayer lost both in the Bundesliga (0-2) and in the DFB Cup quarter-finals (1-3). Today it is also about a dream of the team, namely to be able to play directly in the European Cup after only two seasons in the upper house. For this, however, a concentrated effort is necessary.

15:15 The starting position before the game is crystal clear: Bayer Leverkusen can make the Europa League clear, Union needs points to qualify for the playoffs of the Europa Conference League.

15:10 Welcome to the live ticker of the BZ for the away game of the Iron in Leverkusen. Marc Vetter reports on the game for you.

Union has never torn anything in Leverkusen. In the previous season, Bayer suffered defeats in both the Bundesliga (0-2) and the DFB Cup quarter-finals (1-3).

That must not be repeated on Saturday (3:30 p.m.) in the last away game of the season if Union wants to preserve its chances of reaching the playoffs for the Europa Conference League.

Trainer Urs Fischer (55) is already thinking about the final spurt in the last game of the season on May 22nd against cup finalist Leipzig. His challenge to his team for Europe: “We have an opportunity to attack in the last game. You need points for that! "

Points from Leverkusen. Because the eighth Union must be at least seventh for the European Cup qualification. In the long-distance duel with Mönchengladbach (on Saturday against Stuttgart) and Freiburg (against Bayern), Leverkusen must have a sense of achievement. 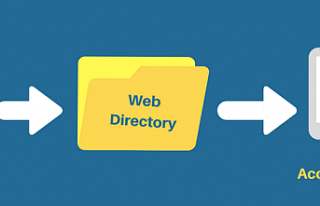