Di-Di-Di-Dieeeego puts an end to it: when the tender killer overran the Bundesliga

Diego enters the Bundesliga stage with a bang in 2006. 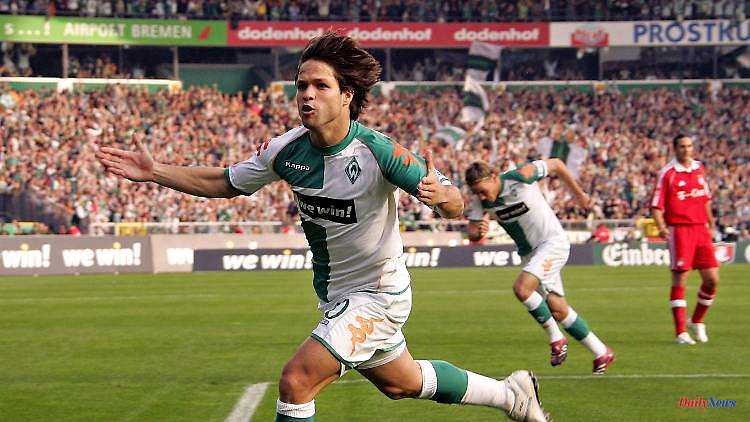 Diego enters the Bundesliga stage with a bang in 2006. The Werder director treats the ball more tenderly than anyone else, is an ice-cold killer even at a young age - and gives Olli Kahn a special slap in the face. Now the Brazilian is ending his career.

Ah yes, the good old days. Probably every football fan in Germany remembers the memorable Friday evening in the Weser Stadium in wet and cold April 2007, when Werder's miracle Brazilian Diego sunk his miracle goal from 63 meters into the Alemannia Aachen net. But much more impressive, although in hindsight less noticed, is Diego's Bundesliga debut in August 2006. The playmaker, who is now ending his career in Brazil, shows in one game what makes him so special, what makes him one of the most outstanding players in the league. history makes. It is the start of a brilliant, golden time for the people of Bremen - which they still long for to this day.

First of all, the warning: This will be an emotional text that may be difficult to read for all football fans who support Werder Bremen. After all, Diego hasn't played for the North Germans for a long time and Werder will probably not be able to welcome a player of his caliber to their team for a long time - yes, that hurts. Everyone else can revel in the memories. Of goals and tricks. To perhaps the technically best player the Bundesliga has ever had. The little Brazilian with the number 10 on his back who took the league by storm. She literally overran.

So into the sunny August Sunday. The new Brazilian, who switched from FC Porto to the Weser as a bench presser, is the linchpin of the Bremen offensive in his first game. And how! A real ten that fits perfectly into coach Thomas Schaaf's diamond system. Diego. Ribas. Since Cunha. The 21-year-old plays exactly as his name sounds from the first minute. This juxtaposition of words alone makes even the most conservative concrete mixer from small-town German defense ranks click their tongues. Who did Werder bring here? What gift did the Bundesliga receive out of nowhere?

In the 4:2 win in Hanover, Diego scored one goal and set up two. But it's the way he plays that impresses even more - in his first game and over the next three years. The way the powerhouse, which is only 173 centimeters tall, caresses the ball, has a lot to do with caring. Of a tenderness that the Hanseatic League has seldom seen in the stands. The ball in Bremen may also have asked itself: "Who is being so tender with me? Sure, I was used to Johan Micoud, Andreas Herzog and Mario Basler, but technically this is a new level." Every touch of the ball is a poem written with Diego's feet. Every second action, with which he usually attracts several opponents in order to then play a perfectly timed pass, is like a magic trick.

Diego fulfilled Bremen's game in a loving way that was no longer expected after the departure of Meistermacher and "Le Chef" Micoud and has never been seen on the Weser since then. But also on a purposeful one. The Bundesliga made that clear from the start: the small and very young Brazilian has a killer instinct. He strikes ice cold in the opponent's sixteen. In even the most tricky situations, Diego keeps calm and, thanks to his outstanding technology, mostly makes the right decision. "Diego's debut lets Micoud forget", was the headline of the "FAZ" at the time, even exaggerated.

Sometimes tenderly, sometimes from afar like against Aachen, sometimes with a bang: Diego scored 38 goals for Werder in 84 Bundesliga games. In total, he was directly involved in an outstanding 73 goals in these games. In just his seventh game for Bremen, he single-handedly beat VfL Bochum 6-0 with one goal and three assists. Diego has a good eye, serving up a magic heel trick for star striker Miro Klose in his home debut against Leverkusen. But, in addition to all the magic and tenderness, Diego throws himself into every duel throughout his career and is extremely strong.

Then, directly after the Bochum gala, FC Bayern is waiting. And this game is also symbolic of Diego's career and his power and assertiveness. The people of Munich are visibly annoyed by the new magic foot in Bremen. After Werder's championship in 2003/04, the record champions regained the balance of power according to their ideas and secured two league titles in a row. In the tenth minute of the game, Oliver Kahn made it very clear what the Bavarians think of this Brazilian, who is scurrying through their defensive lines in the Weser Stadium. The keeper intercepts a harmless cross and, with the ball buried in his arms, rushes towards Diego, who turns several meters away. "A hard shoulder check and the league newcomer will understand who he's dealing with here" - so well Kahn's train of thought: "He shouldn't imagine anything about the short run of success in his first games".

Diego's thoughts after the bump should have been something like this: "Wait, colleague, if you want to play, then we'll play." It takes exactly 50 seconds for Bremen's tender killer to take revenge for the check in the worst possible way for Kahn. Diego accepts a pass into the penalty area with his left hand, shakes off Bayern's Lucio - and nails the ball with such elemental force to the lower edge of the crossbar and into the mesh that Kahn can't even react. What a slap in the face! While the 21-year-old jubilantly turns away, the great keeper stands petrified in the penalty area, arms akimbo in amazement, cheeks puffed out.

Werder wins 3-1 after the hammer and is first in the table. Diego may not win a championship with Bremen, but he has had a lasting impact on the Bundesliga with his skills and wit. He is by no means a fan favorite only in the Hanseatic city. "Di-Di-Di-Di-Dieeeego" resounds through almost every stadium when Werder is a guest. Because Diego is a show, every evening. People want to see it, it alone is worth the entrance fee. "These people come here to see a show from me," said Michael Jordan, the greatest basketball player of all time. "Every night I have to show them something they've never seen before." Without making a comparison - and Diego is always far too much a team player for such a statement anyway - and without wanting to put the Brazilian among the best of all time: But even with Bremen's ten, everyone knows that something special can happen at any time.

In 2009, Diego led the green-whites to the final of the Europa League (which he missed with a yellow card) and celebrated winning the DFB Cup with his congenial partner Mesut Özil. "I love Werder Bremen," he calls out in German to a crowd of cheering fans from the balcony of the town hall. A worthy conclusion. He can no longer quite maintain the level he brings to the pitch in Bremen in his subsequent positions at Juventus Turin, Atlético Madrid or VfL Wolfsburg. After all, with Flamengo Rio de Janeiro he won the Brazilian championship twice and the Copa Libertadores once.

Now the 37-year-old announces the end of his career during the week. At least in Brazil. In fact, he still has the option of adding another post abroad to his professional career after his contract with Flamengo ends in December. Many a Werder fan may start dreaming. A short comeback, after Bundesliga promoted Bremen played the first 17 games of the season more badly than right and is looking for input especially in the creative control center? Who knows. A nice idea, at least for anyone who has a loving relationship with the world's most popular piece of gaming equipment. But probably a hopeless one.

For three years, Diego has expressed his inimitable affection for the ball in Bremen. The good old days - may Werder fans look back. Since then it has never been so tender, with so much killer instinct, so powerful on the Weser. Ah yes.

1 With many children, the risk increases: one in five... 2 Why a highway is closed in the middle of the holidays 3 "Apparently no awareness of right-wing extremism... 4 Road blockers benefit from grants 5 World Athletics Championships: gold and world record,... 6 Police in the outdoor pool and Steinmeier as Bushido... 7 Jean-Loup Chrétien in space, the attack on rue des... 8 Grain deal with Russia: Trader doubts ships will call... 9 "Another shovel on it": Netzagentur: Gas... 10 Curious award for Borowka: The biggest "kick... 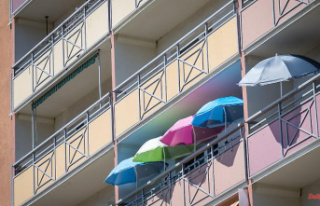 With many children, the risk increases: one in five...