With their deep and variable squad, the Serbs are considered the top favorites at the Basketball European Championship - but now it's surprisingly over against Italy in the round of 16. 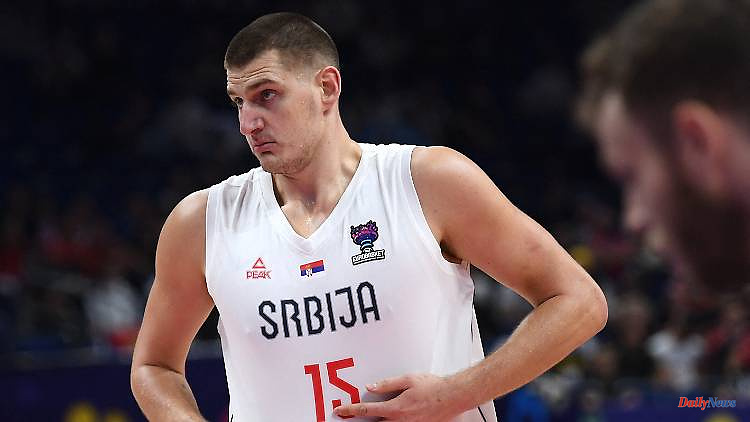 With their deep and variable squad, the Serbs are considered the top favorites at the Basketball European Championship - but now it's surprisingly over against Italy in the round of 16. The Finns, on the other hand, are celebrating a historic success thanks to their outstanding NBA star Lauri Markkanen.

Top favorite Serbia around NBA superstar Nikola Jokic was surprisingly eliminated in the round of 16 at the European Basketball Championship in Berlin. Despite 32 points and 13 rebounds, the 2017 European Championship runner-up was beaten by center Jokic Italy 86:94 (51:45). In the preliminary round, Serbia had lined up five sovereign victories and thus underpinned its status as the biggest contender for gold. A very weak final quarter now shattered the title dream.

Italy head coach Gianmarco Pozzecco had to leave the interior after his second technical foul in the third quarter and went into the dressing room in tears, then his team turned up the heat - notably Marco Spissu (22 points) who had six three-pointers in the game. Italy is now playing against France. Trained by legend Svetislav Pesic, the Serbs were considered deep and varied. In addition, there was the big plus Jokic, who was voted the most valuable player in the NBA last season. But in the second half, nothing at all wanted to work against the Italians, who had finished fourth in their preliminary round group. In addition to Spissu, ex-Bamberg Nicolo Melli (21) played a key role in helping the outsider win.

Finland, led by the outstanding Lauri Markkanen, had previously reached the quarterfinals of the European Championship for the first time in 55 years. The NBA pro from the Cleveland Cavaliers scored 43 points for his team in the surprising 94:86 of the Finns in the round of 16 against Croatia. The Croatians' best thrower was Bojan Bogdanovic (23 points). Never before had a Finn scored more points in an international match. Markkanen and Co. will now face Spain on Tuesday (5:15 p.m.).

Ukraine, on the other hand, missed the leap into the quarterfinals. The Ukrainians had to admit defeat to Poland in the round of 16 with 86:94. After a slightly better start for the Polish team, Ukraine responded, coming on with several three-pointers and going into the dressing room with a narrow half-time lead. After the break it was tight. At the world number 13. were point guard A.J. Slaughter (24 points) and small forward Mateusz Ponitka (22) are the outstanding players. Overall, NBA pros Sviatoslav Mychajljuk (12) and Alex Len (9) did not play well enough in Ukraine. The Poles will now meet defending champion Slovenia with NBA star Luka Doncic on Wednesday (8.30 p.m.).

Two-time title winner Greece and NBA giant Giannis Antetokounmpo got the last ticket with a hard-fought 94:88 (41:45) against the Czech Republic and meets Germany. The superstar managed a double-double with 27 points and 10 rebounds. Antetokounmpo from the Milwaukee Bucks is "one of the best players in the world," said DBB captain Dennis Schröder with a view to the duel. "The requirements he has, his body, his size, his style, that's what distinguishes him. If you want to achieve something in a tournament like this, then of course you have to win against the best," said Schröder : "In the end it will be a great challenge. We accept it with pride." 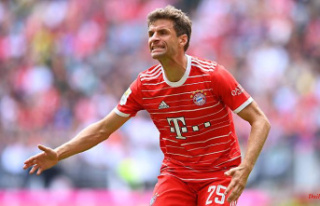